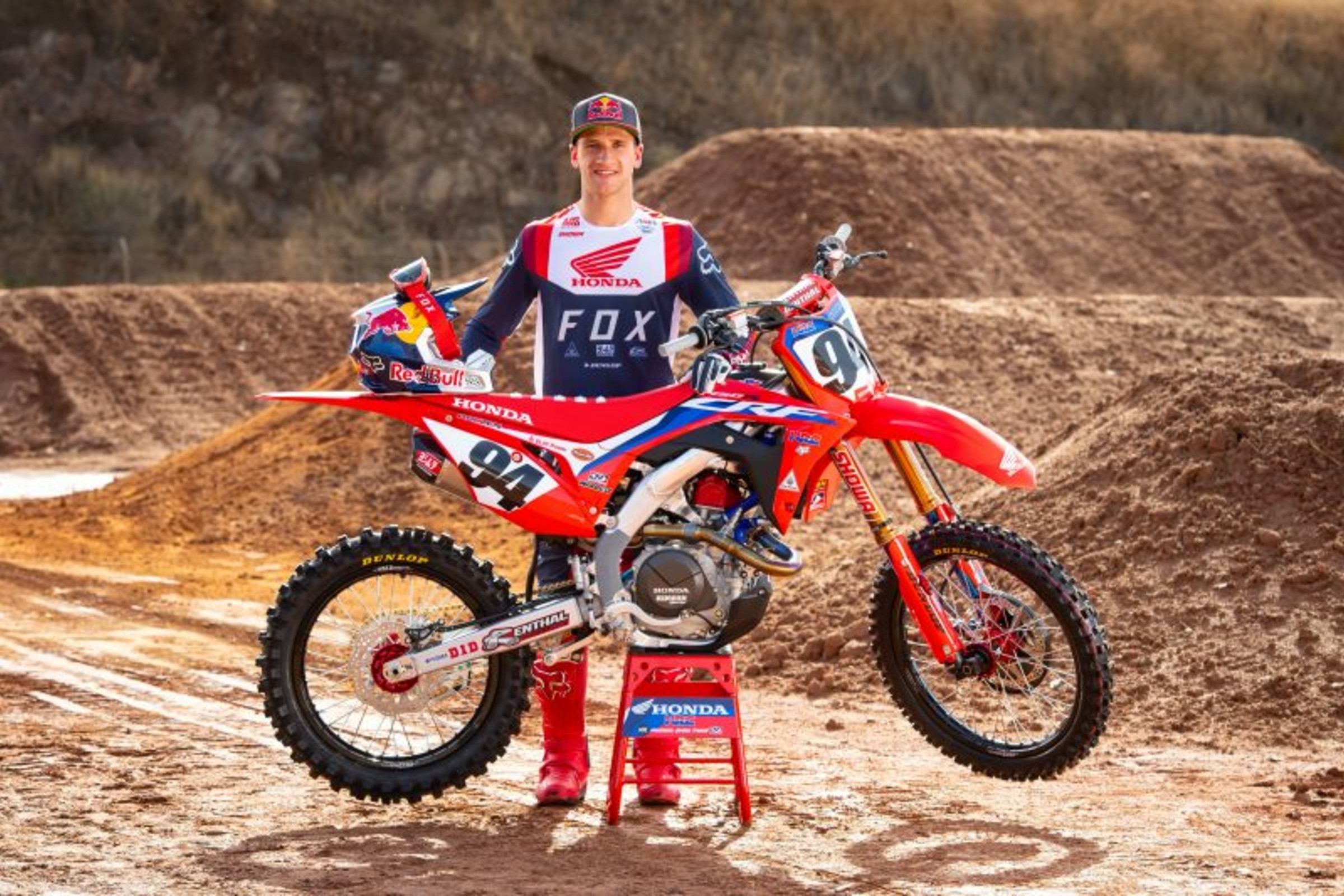 The first big story from the Lucas Oil Pro Motocross Championship has hit before the championship even begins, as today Ken Roczen and Honda HRC have announced he will not race this summer’s nine-race championship, which is scheduled to begin this Saturday at Loretta Lynn’s Ranch.

In today’s Honda press release, Roczen cited a need to rest and recover from his ongoing health issues, as well as focus on the coming birth of his first child, with his wife Courtney. After another supercross season spoiled by late-season health concerns, Roczen will now sit out for this next championship and focus on 2021.

Of course, while not stated specifically, COVID-19 concerns do appear to strike close to home for Roczen, who has endured multiple surgeries due to injury and has admitted his immune system is no longer as strong as it once was. Before the full scale and scope of the pandemic were even widely known, Roczen was the first rider to declare he would forgo public autograph sessions, citing coronavirus concerns. He only ended up having to stick to that plan for the Daytona Supercross, as just days later the entire Monster Energy Supercross Championship was put on hiatus, and then returned 85 days later in Salt Lake City, Utah, where Roczen participated in hopes of winning the 450SX Championship. His results there were mixed—a win and podiums but also some poor showings due to a bout with shingles.

Roczen ended up third in the 2020 450SX standings, and he finished second in the 2019 Pro Motocross standings.

American Honda and Ken Roczen announced today that they have decided to have the German sit out the 2020 AMA Pro Motocross series. In his place, Christian Craig will ride the factory CRF450R alongside Chase Sexton.Over the course of the next few months, Roczen will focus on his family (wife Courtney is due with their first child in September), on giving his body time to fully recover from the health issues that have hampered him in recent seasons, and on resetting physically and mentally, with the ultimate objective of making a championship run at the 2021 AMA Supercross series. “Taking this shortened outdoor season off was a very difficult decision, but I’m confident it’s what’s best for me and my team in the long run,” Roczen explained. “It will be good to regroup, let my body heal, enjoy this important experience with Courtney, and build back up for 2021. I’d like to thank my team and sponsors for having my back through this, and I look forward to supporting Chase and Christian from home this summer before once again doing my job the best I possibly can.”“Of course we’re disappointed that we won’t have Ken in the pits and on the track for the upcoming outdoors season,” said Brandon Wilson, American Honda’s Manager of Advertising & Motorcycle Sports. “He’s an important part of the Honda family, and it won’t be the same without him. That said, as a company and a team, we support Ken during this special time, and in his efforts to get back to full strength. We look forward to working closely with him during this period and attacking 2021 with him in top form.”