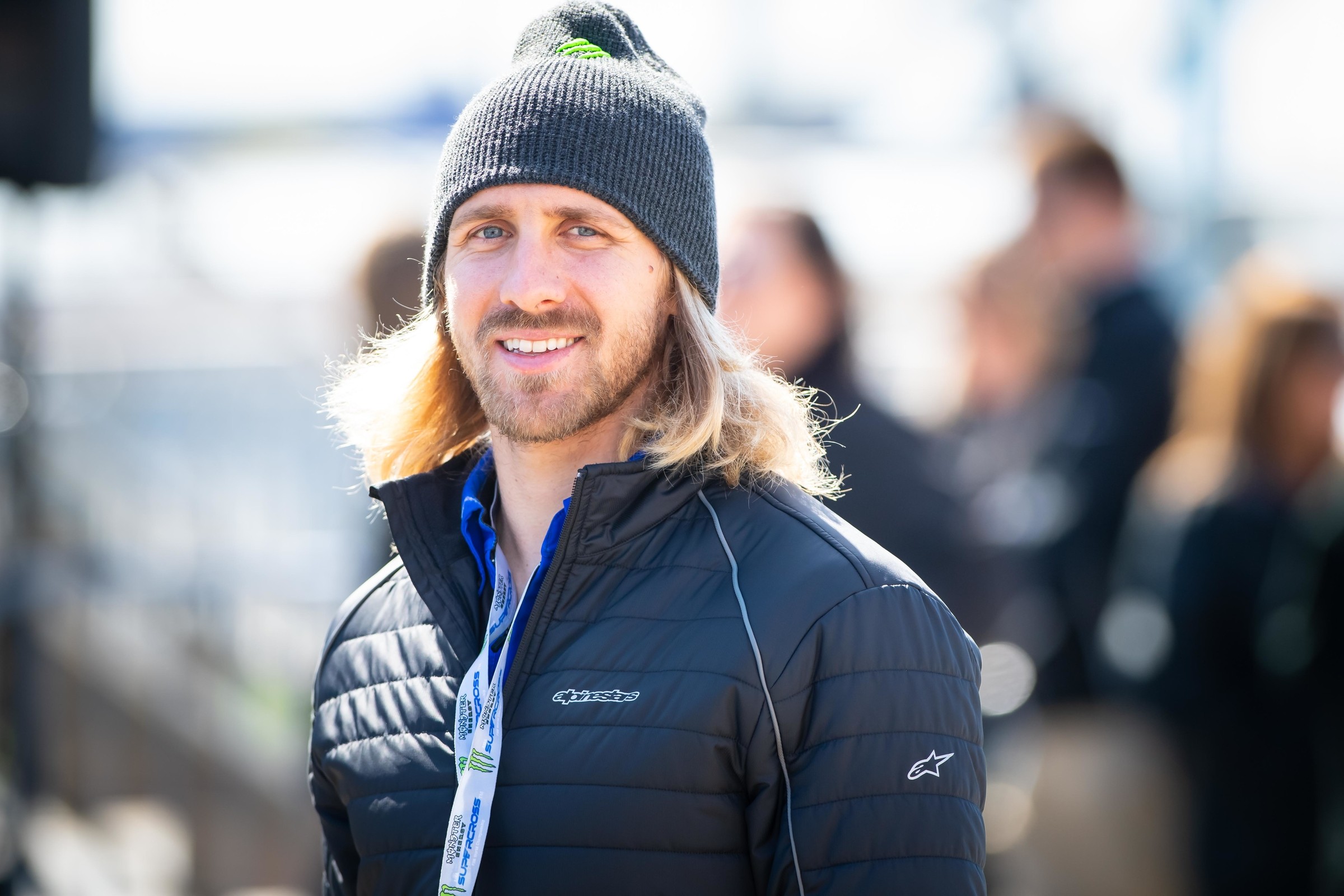 Through ten rounds of the 2020 Monster Energy AMA Supercross Championship, Justin Barcia found himself fourth in the 450SX standings. Opening the season with a big win at Anaheim 1, Barcia, 12 years into his professional career, kept the hammer down, racing to second at St. Louis. The reality was that the Monster Energy Yamaha Factory Racing rider was a threat to win in whatever football or baseball stadium he showed up in.

“It’s just putting all the little pieces together,” offered Barcia shortly after the Arlington Supercross. “I feel like that at any moment that switch is going to flip. I haven't been in this spot for a long time. For me, this has been like writing a whole new chapter in my career. I’ve have been staying consistent and working hard and making progress with my motorcycle and the team. Things have definitely turned the corner for the better for me. It is cool to see that. It’s going to be a fun rest of the season, for sure.”

Like everyone else in the supercross community derailed by the current pandemic, so was Barcia. Up to speed, controlled, and displaying a newfound consistency, Barcia was a part of the up-front fray that included Eli Tomac, Ken Roczen, and defending champ Cooper Webb. Then came the postponement of the 2020 season, and with it, a trip back to Florida to wait this whole thing out. And that’s where we found the Monster Energy Yamaha competitor this morning. Isolated yet staying busy with his testing, training and riding program, Barcia took a breather to let us know what he’s been up to.

Racer X: Justin, how in the world are you?
Justin Barcia: I’m doing alright. How are you?

Not too bad. Hanging out in my garage office and working off of an old cafeteria table and chasing down racers such as yourself.
Could be worse places to be, though.

Where are you and what are you up to?
In Florida, man. Just been at home. I’ve just been going from my house to the track. It’s all pretty much completely locked down so nobody can go to the track or go anywhere. It’s pretty much just me and parents.

In talking with the racers, virtually all of you guys are in Florida and California, it definitely sounds like everyone is scrambling around to either ride or to find places to ride. Have you seen any of your teammates or competitors out and about?
You know, honestly, we’ve just been [staying] super to ourselves. I haven’t seen anybody and haven’t really talked to anybody since Daytona. Technically, I can live at the track. I have my apartment there and stuff, and nobody goes there, so it’s super-private. I haven’t really had an issue with the riding or anything. I’m definitely being smart and not taking any crazy risks or anything like that. You don’t want to be going to the hospital right now or anything like that in these times because it’s just super-sketchy right now with the virus and stuff.

My buddy Johnny O’Mara was just here speaking with me in my driveway and we were talking about how all of you guys, all of the supercross riders, don’t have a date to look forward to where you can get back to racing. Everything is totally in a to-be-determined mode. It’s sort of like, how do you prepare? What do you do?
Yeah, that’s the weird thing right now with everything. Anything and everything in life is kind of up in the air. You just have to take it day by day. Luckily, I have my own gym as well at the track, which is cool. I can still do my workouts and I can go ride my bicycle. I can go running. I can do all of those things, so all this doesn’t really stop me from doing training, but yeah, there is definitely a lot more to it like peaking at the right time and things like that. It’s just weird, so I’m just doing fairly hard training and trying to enjoy it as much as possible. However, yeah, it is a weird feeling not knowing when you’re going to go racing or when things are going to come together, but obviously, this could be a lot worse. There are a lot of things that could be a lot worse. I’m trying to stay busy, you know? It’s like, go to the tracks, do the gym and then come home and do little things around the house. It’s really weird. It went from full supercross to nothing. We’re not ever at home on the weekends and now we’re home 24/7 and it’s like, ‘Wow! This is so foreign and feels so different.’ It has definitely been really weird.

Other than training and riding, what else have you been up to in an effort to burn time off the clock?
Oh man, I have some pretty good ADD, so I’m always doing something! I’ve definitely been picking up on some Netflix shows during the downtime a little bit. I’m always in the garage tinkering with things and messing around. I’ve been cleaning stuff. It’s just been never ending.

I know you like car racing. Have you seen that Netflix show about Formula 1 called Drive to Survive?
Yes. I watched all of that in a couple days!

Have you been in close contact with the Yamaha race team?
Yeah, but it’s definitely hard. I probably haven’t talked to them in about a week. Every week I have talked to them and it’s just kind of like no one knows anything and Yamaha is completely shut down. Nothing is going on. During this time you would try to get some outdoor testing in or something like that, but just everything is locked up and in a holding pattern right now. And unfortunately, no one knows anything. I talk to everyone on the team about once a week just to make sure everyone is doing alright. I still have a decent amount of stuff to ride with at the house. It’s just really weird. You go from full-racing and seeing the team every weekend and being around the guys to nothing at all. It is definitely different.

There was a lot of talk about Eli Tomac and Ken Roczen leading up to and out of Daytona, but truth be told, you were right there with them. You were out there taking big swings at it every Saturday night.
Yeah, that’s a great question. It was probably one of my better seasons for consistency and good riding and nothing too crazy was happening. I had top-fives almost every weekend. I had a number of podiums and got that win at the first race. Things were looking really good and going really well and then the season got completely cutoff. I was definitely having my best season in a long time, and after a lot of tough seasons. It was definitely a lot of fun and it was really cool and we were working really hard and trying to progress as much as possible but we got cutoff. And for me, this is contract year as well. All my contracts are up, so it is certainly weird times. Nobody is talking about anything. No one is racing. No one is working. What’ll go on when things get better? I guess time will tell. But whenever it is time to go racing, we’ll be ready. I was in a great position. There was definitely room for improvement—there is always room for improvement. We were working on my riding and the motorcycle. This was a really good turnaround year for Team Yamaha and me. To have it cut short is definitely tough, but things happen and we’ll have to see what happens when we go back racing. It will just be nice when things are able to go back to normal, but it seems like it’s going to take a little time for that.