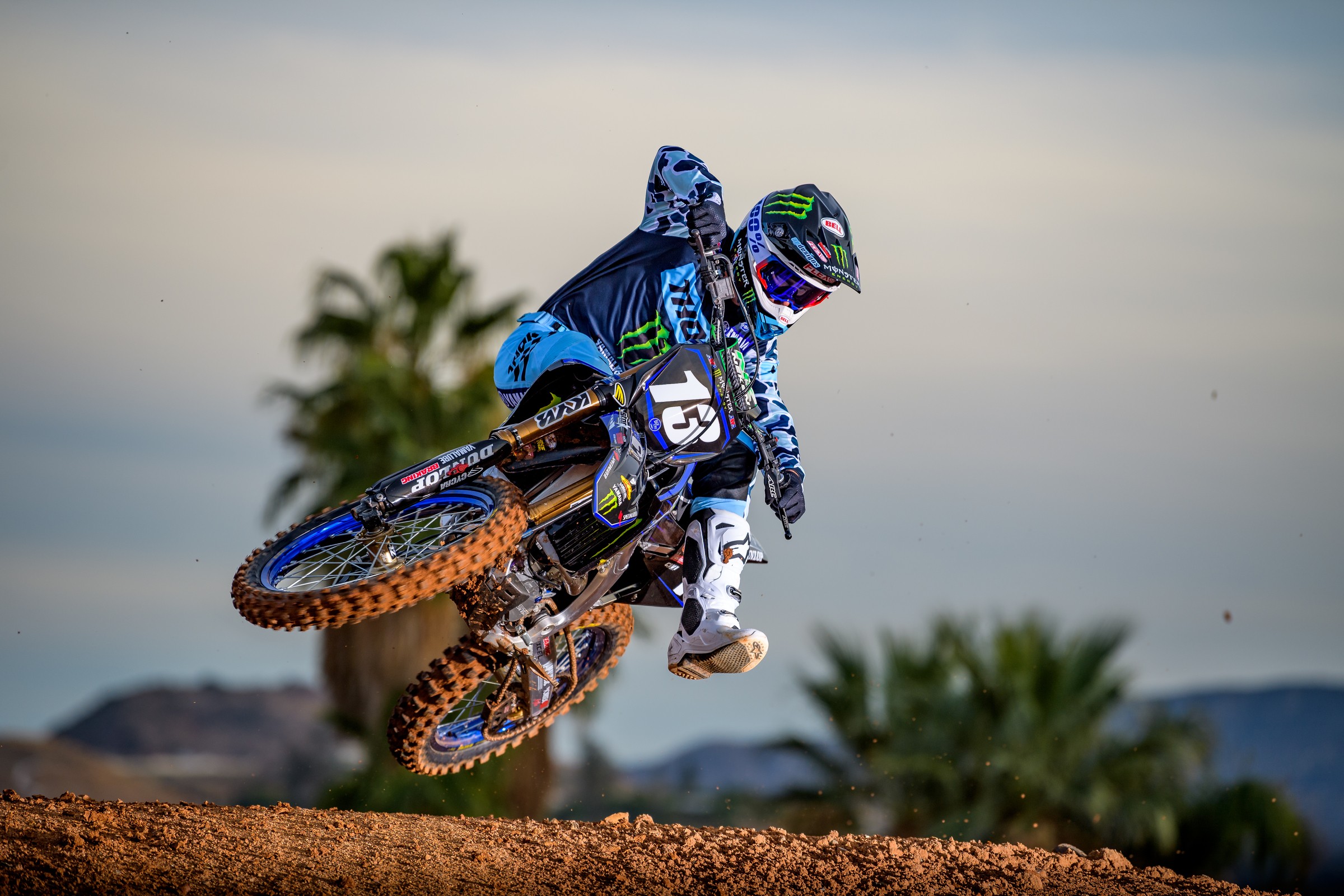 Third place finisher in the 2019 Monster Energy AMA Supercross 250SX West Regional Championship, Colt Nichols experienced an excellent season last year, including a big win at the ’19 season opener in Anaheim. Straight out of Muskogee, Oklahoma, the Monster Energy/Star Racing Yamaha challenger was also a consistent top five finisher in the Lucas Oil AMA Pro Motocross Championship. Keen to get rolling on the 2020 season, all was well with the world with Nichols until a practice crash suffered at Fox Raceway at Pala last October ultimately put him out of the racing, riding, and training business all winter long. In fact, Nichols has not raced since the Budds Creek National in Mechanicsville, Maryland, late last summer.

“It was probably my last week of riding outdoors before we hopped on a supercross track to get ready for the 2020 season and it was just a little practice crash and it ended up getting me,” Nichols told this writer a few months back. “I haven’t been on the bike at all.”

Well, with the coronavirus pandemic recently sabotaging our sport, Nichols has been able to put ’19 and doctor visits behind him and begin looking at getting behind a starting gate somewhat soon. Currently in California and keeping his ear to the ground on just what comes next, we bench raced with the Oklahoman on Sunday. Check it out.

“I just got everything done,” said a relived Nichols just short of lunchtime. “I cycled this morning and had some gym work and I just had some lunch now. I’m all done now. Thank goodness. I’m in California by my house. I guess not a whole lot has changed for us. The riding has just been scaled back a lot. I’ve been doing a good amount of cycling and training. We actually had to move our gym to our trainer Gareth Swanepoel’s garage. He has a nice little gym set up in there, so we’ve been doing gym work out of there the past two or three weeks now. Yeah, man, just kind of trying to keep going with the grind here now that we can’t ride as much. The team kind of wants us to take it a little bit lighter with riding right now. We’ve just been working on a lot of off-the-bike fitness, really. We’ve been riding pretty much two times a week for the past three weeks now. It’s been good, man. We haven’t changed a whole lot, but we’ve definitely been staying inside and trying to keep our distance, that’s for sure.”

Nichols also continued on in talking about the injuries he suffered late last year and the fact that he has, somewhat recently, been able to get back on the bike and ride and train at an accelerated pace.

“Yeah, man. I’ve been riding for a little while now and the shoulder feels great,” beamed Nichols. “My foot feels good. I’m starting to feel a little more normal and like myself when I ride now. With all the off-the-bike training, everything is kind of coming together just the way I want it. Fitness-wise, I actually feel really good. I feel really strong. That’s been a really big ray of sunshine.. I’m really happy with where we are right now, but now that we have a little bit of time before we can race, we can kind of dig into it a little more and try to get even stronger and more fit before we go racing.”

Like every other world class motocross and supercross competitor out there, Nichols has remained in darkness in regard to just what will come next in AMA Pro Racing. As of now, next AMA event will more than likely be the Florida National on June 13 to kick off the Lucas Oil AMA Pro Motocross Championship—but even that championship could be impacted by the COVID-19 situation. With everything still up in the air with the current situation, Nichols has found himself anxious and frustrated.

“Yeah, that’s kind of the hard part for us right now,” he agreed of the uncertainty everyone is currently facing. “Everything is unknown. If we just knew when and where we were going to go racing, it would make everything so much easier so we could say, ‘Okay, maybe we can take off from everything for a week or two and kind of relax a little bit.’ Whatever the case may be, we’d really hit it hard if we knew we were going to race sooner or later, which probably isn’t going to be the case, but if we just had that goal and a little bit of a date that we could go off of, that would be nice. Everyone is in the same boat. It’s not just us. We’re trying to do what we can right now and trying to make sure we’ll be ready to race when the time comes.”

Currently holding station at his home way down the 10 freeway in Southern California, Nichols spoke of remaining in contact with his team, teammates, and even competitors in the vicinity.

“I’ve seen and talked with a few of the guys a little bit,” he said. “Like, we just got to go ride at Perris before they shut it down and there were a decent amount of people out there. More just local guys and stuff. I’ve talked to a few people on the phone and certainly to people on the team. I’ve also heard a lot from just hanging around and seeing what everyone is saying, but yeah, everyone is kind of stuck in the same limbo that we are and nobody knows more than the other guy. It’s like, ‘Man, I wonder what they’re going to do?’ Everything is just really, really just stuck. From what I can tell, it seems like people are being optimistic and we’re hoping that we can race soon, but in the way things have been going with just the world lately, I think with where we are, I think it’s probably going to get a little worse before it gets better. That’s unfortunate, but we’re still lucky, you know? All of us are healthy and it definitely could be a lot worse. We’re all just hoping and praying that we can go race soon, but at the end of the day, health is first. We’re just trying to make sure we stay safe and nobody gets this thing because this stuff is scary, man. There have been a lot of healthy people dying or getting sick from it, it’s not just old people or people with bad immune systems. That’s the part that is getting scary. There are just a lot of people getting it. We’re just trying to keep our distance and stay away.”

Still, Nichols hasn’t competed since the Budds Creek National way back on August 17, 2019.

“Yeah, it’s honestly been a really long time. I mean I tried to race the first moto at Budds Creek last August and got my little concussion and I haven’t raced since then. It’s been a really long time. I’ve probably ridden 10 to 12 times now over the course of the past three or four weeks. Now that I’ve been riding, I’m just so happy that I don’t really care about much else! It sucks that I can’t ride as much as I want to right now, but like I said, everyone is in the same boat and we’re just taking it day by day, really. Yeah, I hope I get behind the gate sooner than later. Whether it’s supercross or motocross, I don’t really care. I just want to be able to race.”

For riders like Nichols, the revised schedule, with potential supercross races in September, means he might get in some indoor racing this year, which wouldn’t have been the case if supercross could stick to its usual January through May schedule.

“Whatever I can do, I will,” says Nichols. “Right now we are scheduled to do outdoors first and then kind of touch back on supercross later in the year. It would be good for me. That would mean that I’ll still get some racing in and do all that. I wasn’t going to be able to race supercross at all in 2020 and I was going to miss the whole season and then just really shoot for outdoors. Not that it’s good, but in a way, it is good that I can hopefully race a little bit more depending on how all this stuff shakes down. Yeah, I’m just hoping we can race period and I can get in as many races that I can to get me ready for the next season. That’s the idea.”