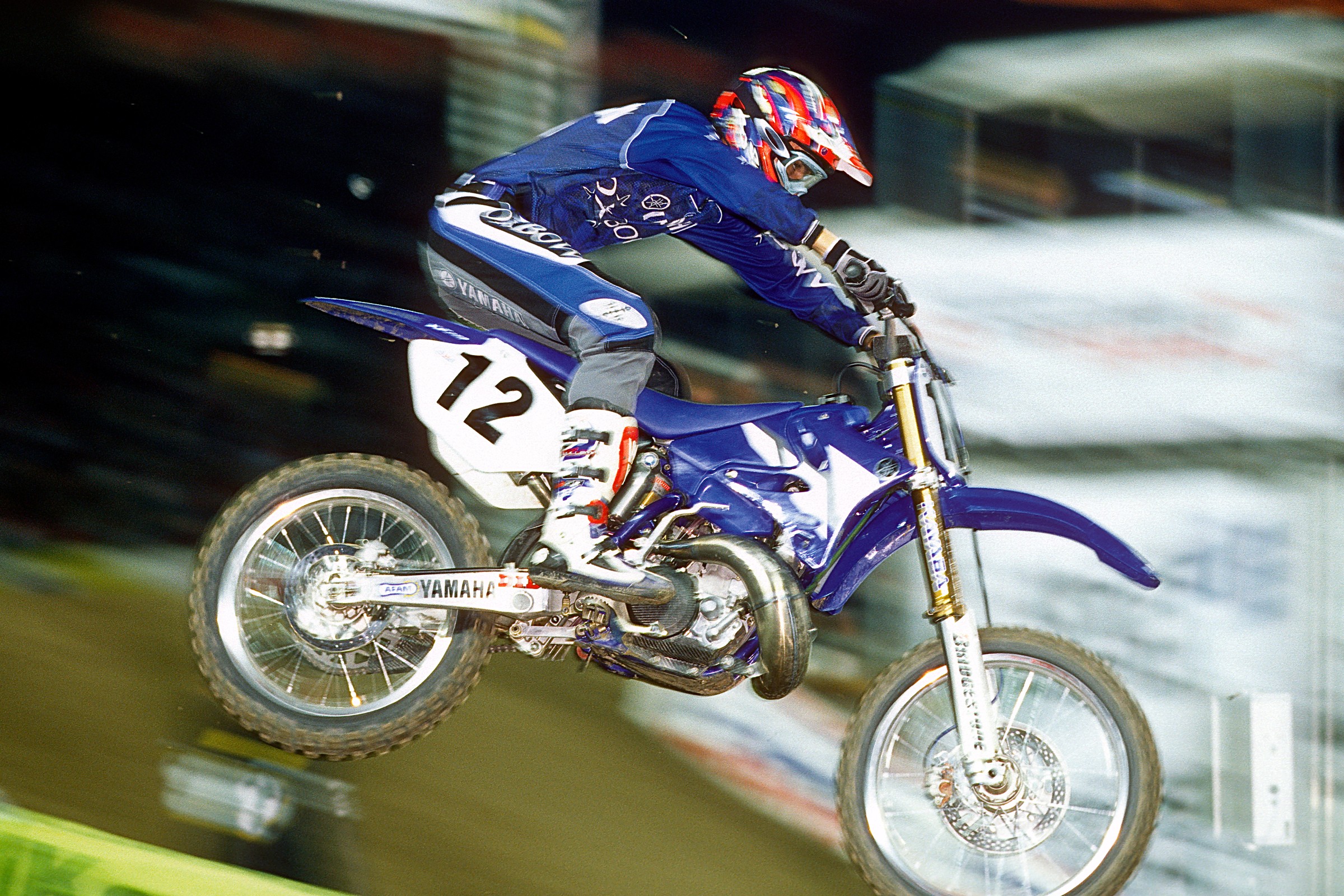 The 2020 season of Monster Energy AMA Supercross is postponed for now, but Racer X Online is here to provide your racing fix anyway. Each week, we’ll dig into some favorite races from each city’s supercross past. We’ll provide perspective and analysis as to what racing was like then, and what the key players went on to do in the present day. With the Indianapolis Supercross canceled over the weekend, we’re keying in on the 2002 Indy Supercross this week. It’s a significant race in so many ways. It hosted (what turned out to be) a rare Ricky Carmichael/Travis Pastrana battle, which resulted in Pastrana bobbling, trying to block Carmichael, and going down. But the fans booed RC anyway! Then David Vuillemin launched a last-lap pass on Carmichael to steal the main event win.

Just as significant was the 125 class, where young Australian Chad Reed scored his first race win in the U.S.

Use tonight to get up to speed on this race. We’ve got YouTube links and results posted below, and we’ll roll out coverage and some tales from the riders involved over the next few days. Racing has stopped for now, but our coverage of races has not!

Watch the 2002 Indianapolis Supercross practice below:

Watch the 2002 Indianapolis Supercross below:

Hear from the podium finishers following the race:

Get a quick look at the Travis Pastrana/Ricky Carmichael battle here: