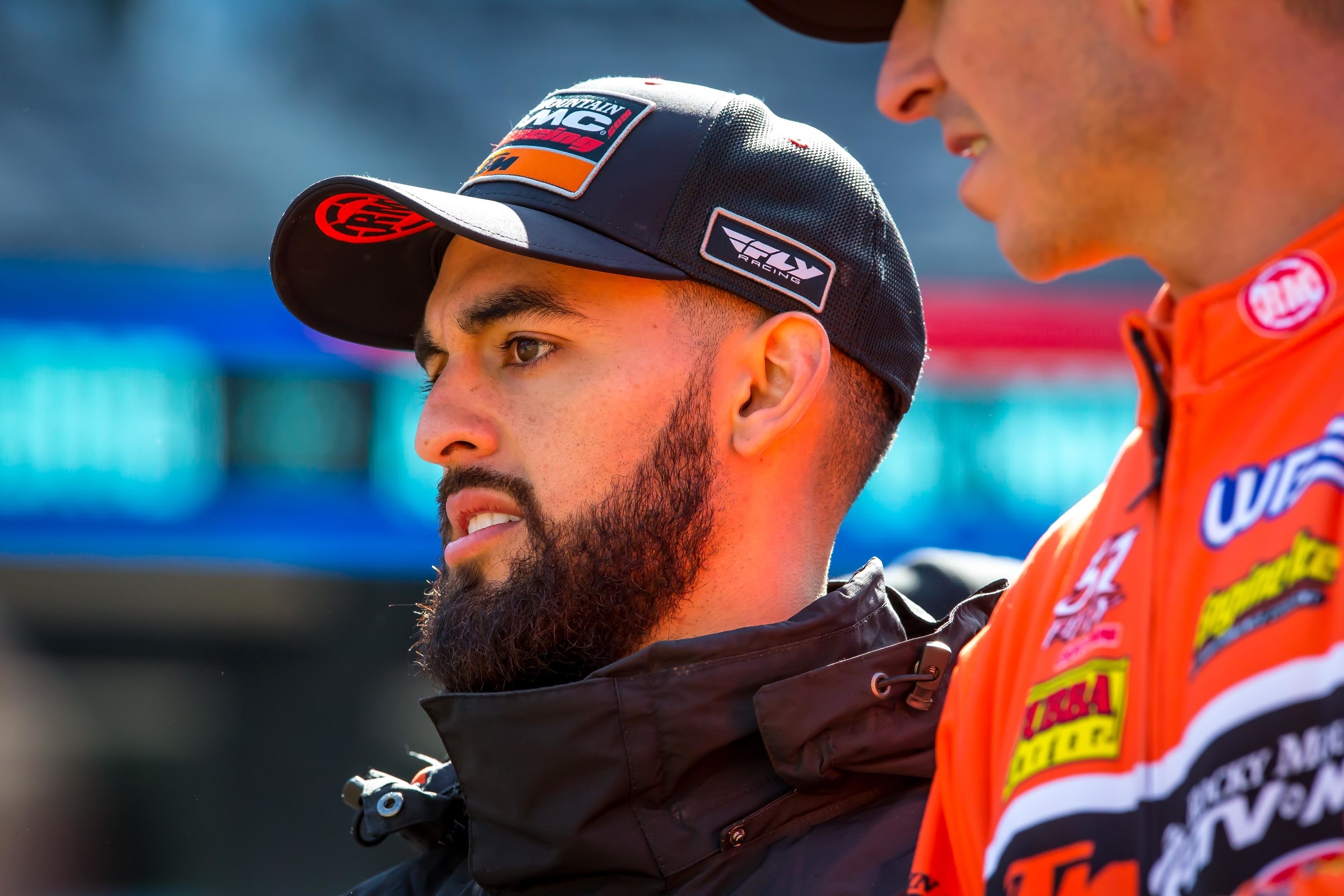 Anaheim 1 is still 45 days away (who’s counting?) but we decided to take a look at the 2020 supercross contracts in the premier class. Some of these deals are official and several teams and riders have yet to announce their plans but this is what we are anticipating.

Check out our 450 team guide below—and keep in mind there might still be changes to come as we get closer to Anaheim 1 and the Monster Energy AMA Supercross opener.

Roczen signed a three-year extension with Honda HRC prior to the 2019 Las Vegas Supercross finale.

With Cole Seelyannouncing his retirement in August and Chase Sexton’s jump to the premier class for the 2020 Lucas Oil AMA Pro Motocross Championship, in September, Brayton signed with the team to race the 2020 Monster Energy AMA Supercross Championship.

The Team Green prodigy earned his first professional championship when he claimed the 250 Class title during the 2019 Lucas Oil AMA Pro Motocross Championship. In August, Cianciarulo signed a deal to race the 450 class in 2020 and debuted with the team at the Monster Energy Cup, where he took the winner-take-all third main event, thus giving him his maiden 450 class win, albeit in a non-points race.

Barcia signed a multi-year deal with the team in August 2018. He will return to the team for another year, and recently won King of Paris at the Paris Supercross.

Plessinger, who agreed to a multi-year deal with the team in August 2018, will return to the team for his sophomore year in the premier class.

Prior to the High Point National, Musquin agreed to two-year extension with Red Bull KTM.

Webb signed with the team in October 2018 and will return to the team with the #1 plate on his KTM 450SX-F for the 2020 Monster Energy AMA Supercross Championship.

In April 2018, Baggett signed a three-year deal that will see him on the team through the 2021 season.

After Benny Bloss suffered a torn ACL only days before the 2019 Monster Energy AMA Supercross Championship kicked off, Bogle was signed as a fill-in rider. When Bloss returned to the racing at the High Point National, the team managed all three riders for the remainder of the championship. In October, KTM announced Bogle had officially become the team’s second rider for 2020.

Anderson signed a four-year deal in January 2018. The 2018 450SX champion will return to the team for another year.

Osborne signed a contract in April 2018 to stay with the team through 2020 (he debuted in the premier class in 2019) but the 29-year-old signed an extension with the team in November that will see him on a Rockstar Energy Husqvarna FC 450 through the 2021 season.

Wilson was officially brought back to the team when Anderson suffered his supercross championship ending injury. After signing a deal in July, Wilson will return to the team in 2020. He is currently recovering from a hip injury he suffered at the Monster Energy Cup.

During an autograph session at Las Vegas Supercross finale, Mookie signed a deal to return to the team in 2020—yes that’s exactly how it happened. Stewart has raced several off-season races since September but has not raced in AMA points-paying events since his season-ending injury at the 2019 Glendale Supercross on January 12.

Friese will return to the team for another year.

Hill signed with the team in mid-October before debuting on his #46 Honda CRF450R at the Paris Supercross, where he finished sixth overall. A1 will be his Monster Energy Supercross debut with the team.

It appears Enticknap will return to the team for another year, although we haven't heard anything official yet. Meanwhile, Kyle Chisholm and Alex Ray, who also rode for HEP in 2019, have recently announced they will not be part of the team in 2020 (see more on them below).

Bloss is rumored to be part of this team in 2020, although nothing has officially been announced. This could become a landing spot for Kyle Chisholm, also.

Martin will be the team’s lone 450SX rider and is expected to race the full series.

The Maryland-based company announced on Instagram they are “very excited to announce we have started a professional race team for the 2020 season.” While nothing has been officially announced, Catanzaro posted on Instagram that he has signed with a team for 2020 supercross and has SGB Racing graphics on his Kawasaki KX450. Oh and he’s also tagged the company in his posts as well.

The blood that runs through my veins is now green . That is all

Tedder missed the 2019 season due to a nagging wrist injury that took longer to heal than anticipated. He is expected to race in 2020.

Davalos made it clear at the Nashville Supercross that he didn’t want to hang up the boots just yet and that he wanted a 450 ride. Well it might not be a factory team but our Steve Matthes believes the 32-year-old veteran racer will be Team Tedder on a KTM.

Clason signed with the team to race the Canadian Rockstar Triple Crown Supercross Championship and we expect him to return to AMA Supercross in 2020.

Cartwright raced with the team in Canada during 2019 and will also compete in the 450SX class of the AMA Supercross.

Reed raced the Monster Energy Cup, Paris Supercross, and the S-X Open in Auckland, New Zealand, on his Mountain Motorsports supported Honda CRF450R. He told our Steve Matthes after Paris: “I think no matter what, I’ll be at Anaheim,” which would mark his 250th start in the premier class. He stated he is 50/50 on doing the entire 2020 supercross championship.

“The Bear” has not announced any deals for 2020 but another privateer effort on a Kawasaki would not be a surprise.

Chisholm announced his departure from the HEP Motorsports Suzuki team last week, with the plans of starting his own program. We've also heard he could be part of the Rock River Yamaha team.