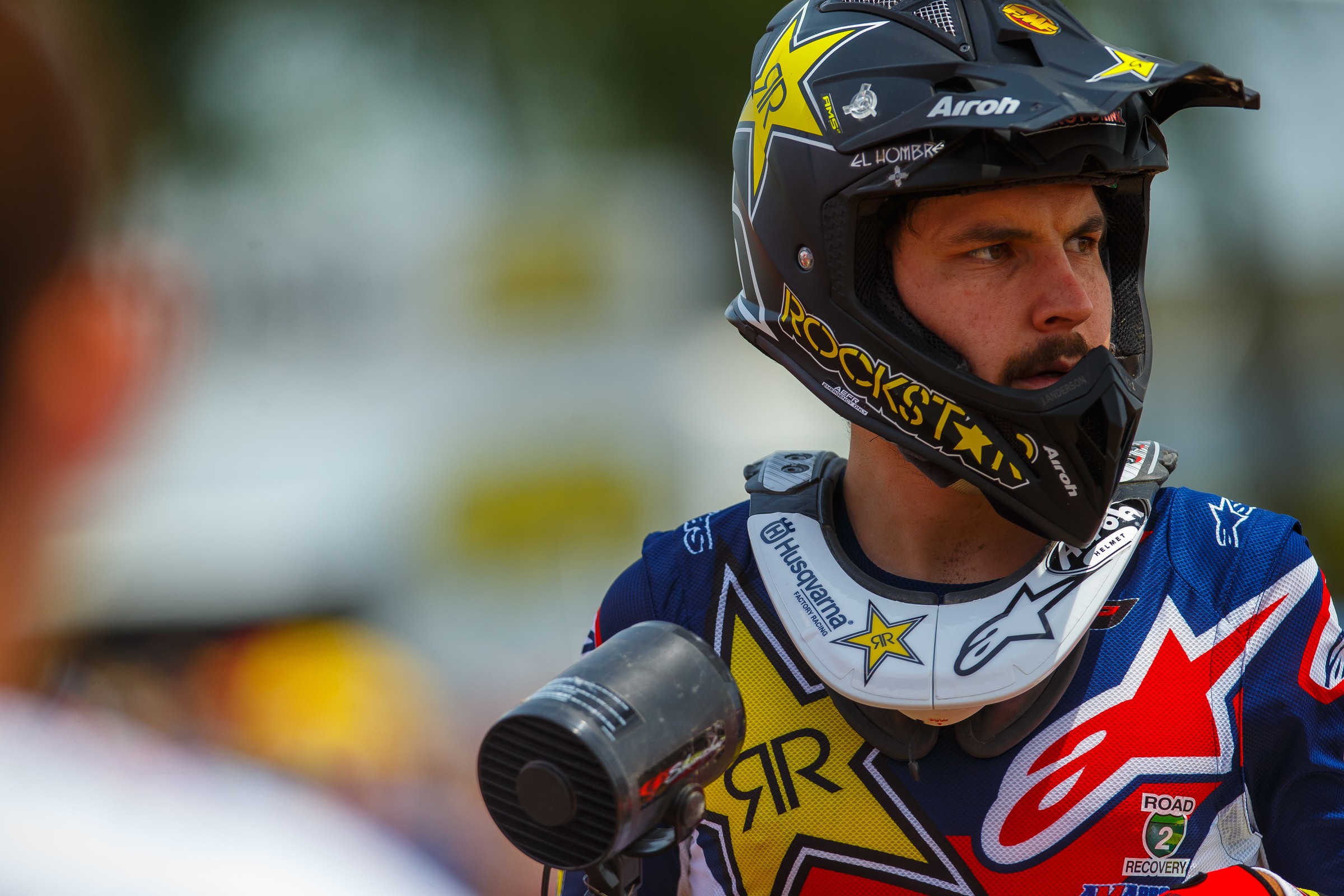 450 Words Calm in the Storm

Cruel, harsh, and severe. Very bad, unpleasant, and grossly ruthless. Those are some of the words used by Merriam-Webster to define the word brutal, but really, the only words needed are the Lucas Oil AMA Pro Motocross Championship.

Our sport is never easy, and at times can be downright torturous. That’s been especially true recently, as riders dealt with the suffocating heat of the Florida National, the punishing sands of Southwick, and most recently, the humidity of RedBud. Four consecutive weekends of racing, which started at High Point, didn’t make things any easier, although this weekend the riders will finally get a break when Pro Motocross takes its first weekend off since the weekend after Thunder Valley, roughly one month ago.

“We need some recovery time,” said Monster Energy/Yamalube/Star Racing Yamaha’s Justin Cooper in the post-race press conference at RedBud. “Just this four-round stretch wouldn’t have been that bad, but we had that two weeks in a row of Florida being really hot and then Southwick being really, really rough. So it took a toll on the bodies and just made it hard to recover after those.”

“I’m really looking forward to this weekend off,” said Honda HRC’s Ken Roczen, who actually threw up inside his helmet during the first moto at RedBud. “I’m going to take this time to relax and try to let my body recover. Obviously, I haven’t been myself; it’s been a tough few weeks and we’re trying to figure it out. The first few races when it was cool out, it wasn’t as much of an issue, but with the heat and humidity, it’s been tough. I’m just going out there and doing my best.”

Monster Energy Kawasaki’s Eli Tomac also agreed that the grueling conditions have been difficult, saying, “These last few weeks have been pretty gnarly. Jacksonville was the hot one and last week was just one that beats you down at Southwick. I’m sure everyone is looking forward to a little time off.”

As strenuous and tough as the races have been, don’t expect any of the riders to start waving the white flag. After all, pressure makes diamonds, and while the break will no doubt be appreciated, the focus remains on being ready for the next battle looming on the horizon.

The story isn’t any different for Red Bull KTM’s Marvin Musquin, who’s won three of the last six motos in the 450 Class.

“For me, obviously I had my best result of the season at the last weekend,” Musquin said after RedBud. “I’m really happy the way I’ve been riding and feeling. Definitely it’s pretty tough physically, but I have a solid program. I just follow the program and recover pretty good, and am feeling really good during the races and it shows with my riding. So, just going to keep doing what I’m doing and just take a little bit off next Saturday and Sunday.”

So, while riders like Musquin and Monster Energy/Yamalube/Star Racing Yamaha’s Dylan Ferrandis, who seem to be picking up momentum for the second half of the season, probably wish they could line up again this weekend, there are a host of other riders who will benefit substantially from a weekend of no racing. The fans will benefit too. As annoying as a weekend without gate drops can be, it ultimately means we’ll get to see a rested and recovered field line at the Spring Creek National in Millville, fresh and ready to drop the hammer on what’s widely considered the best racetrack on the circuit.