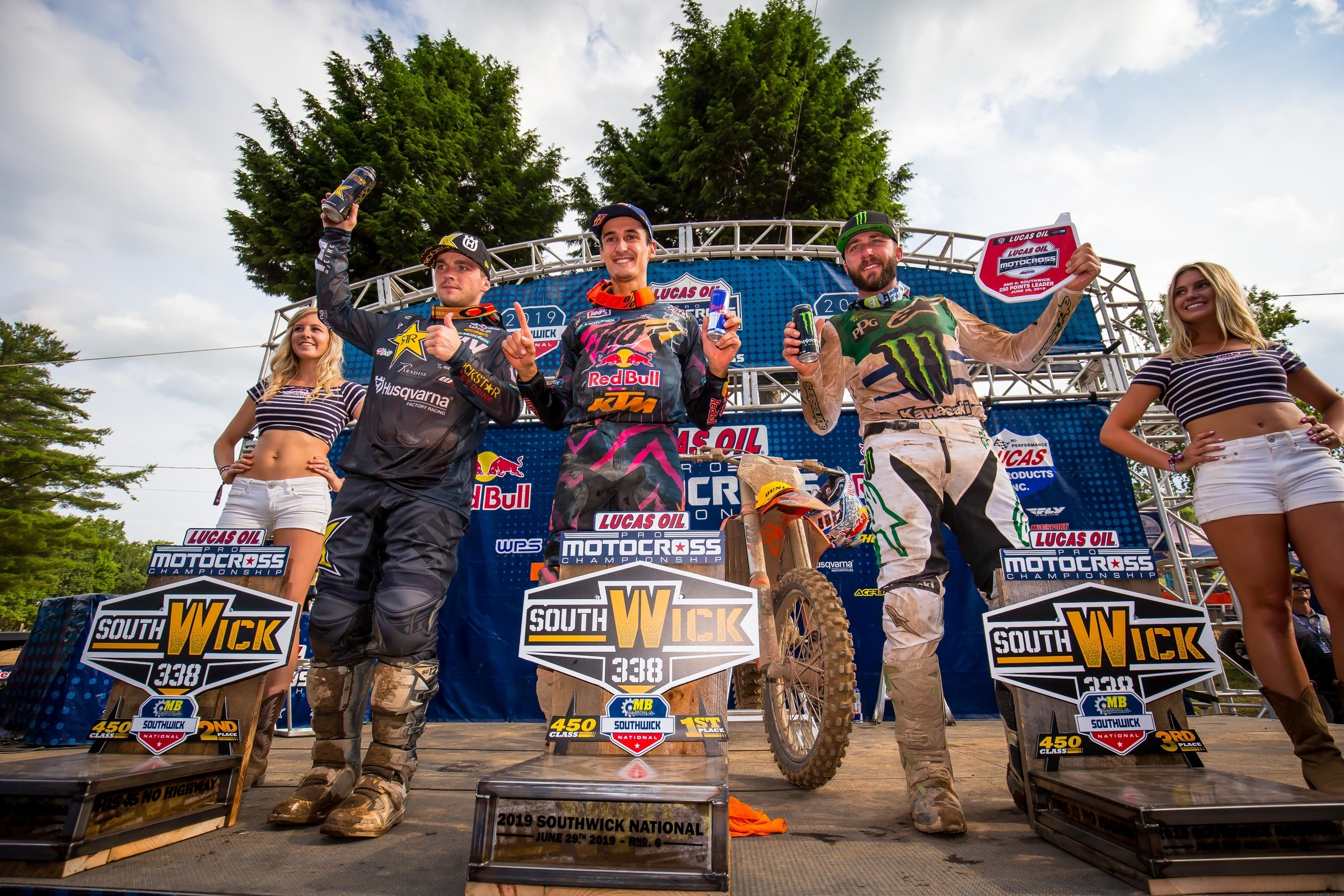 Monster Energy Kawasaki's Eli Tomac finished 2-3 to round out the podium. Through six rounds, Tomac still leads the 450 Class in points, but Musquin moved past Honda HRC's Ken Roczen to take over second place in the points standings, 26 points behind Tomac.

Musquin, Osborne, and Tomac spoke with the media after the race.