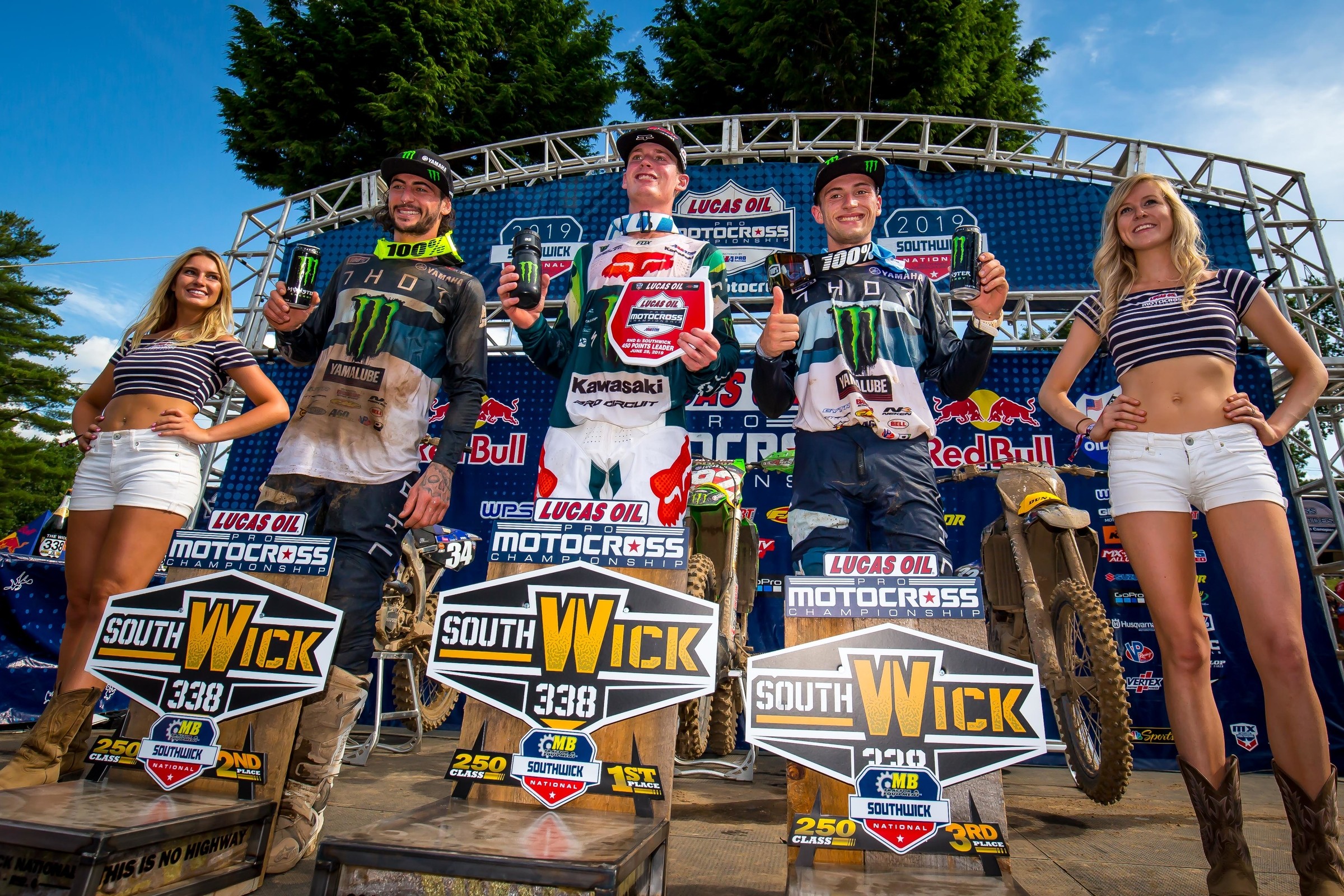 Ferrandis' teammate Justin Cooper rounded out the overall podium, as his 2-3 moto finishes earned him his fifth overall podium of the season.

All three riders spoke with the media after the sixth round of the 2019 Lucas Oil AMA Pro Motocross Championship.