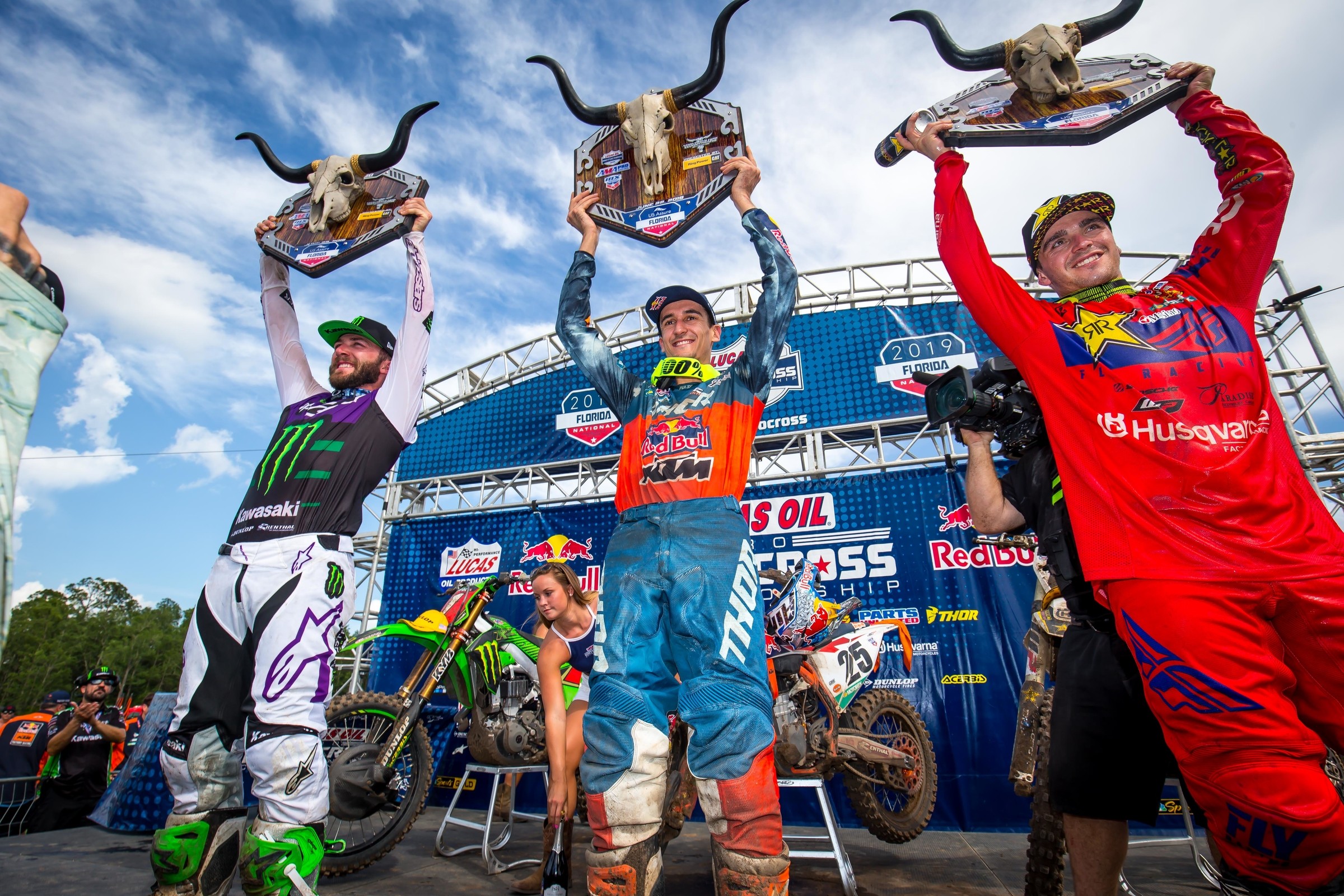 Eli Tomac's day was mixed, with a seventh in the first moto followed by a bounce-back holeshot and win in moto two. The 7-1 finishes gave him second overall on his Monster Energy Kawasaki. Zach Osborne tried to run Tomac down for the second moto win, but ended up second, enough to put his Rockstar Energy Drink Husqvarna in third overall with 5-2 scores.

Every rider had to dig deep in tough conditions and on a rough track at WW Ranch in Jacksonville, Florida.