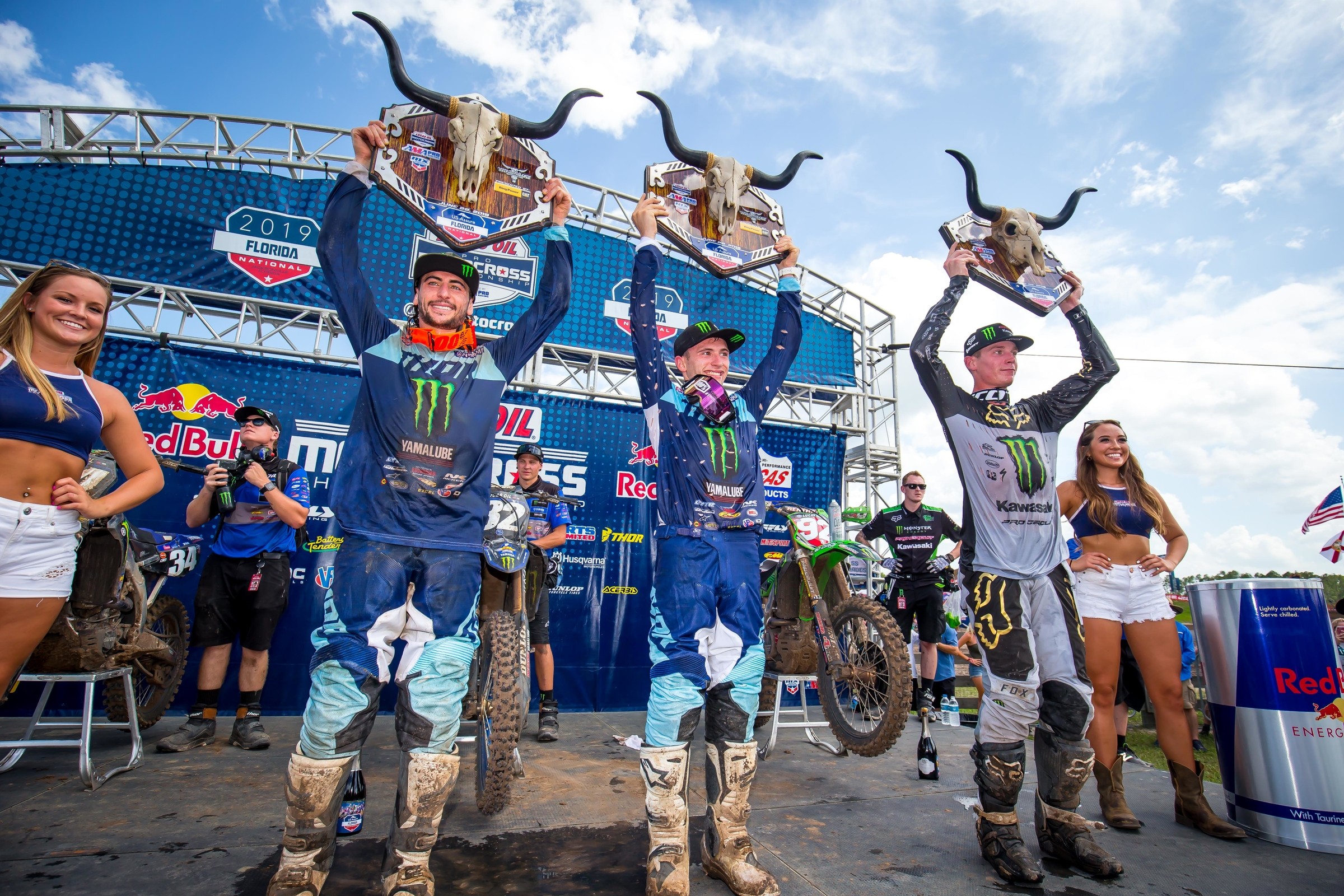 Justin Cooper's long awaited first professional win came through a gut check race at the Florida National at WW Ranch, as he dug deep in both motos to hold on and score the victory with 2-2 moto scores. It was a good bounce back for the Monster Energy/Yamalube/Star Racing Yamaha rider after a ninth at the previous round at High Point, and moves him within 18 points of series' leader Adam Cianciarulo.

Cooper's teammate Dylan Ferrandis had to be happy, also, as he turned a rare good start into a win in moto two, his first moto victory of the 2019 season. He took second overall with 4-1 scores. Cianciarulo's four race win streak ended, as he scored third overall with 5-3 scores riding his Monster Energy/Pro Circuit Kawasaki.

All three riders spoke with the media after the fifth round of the 2019 Lucas Oil AMA Pro Motocross Championship.