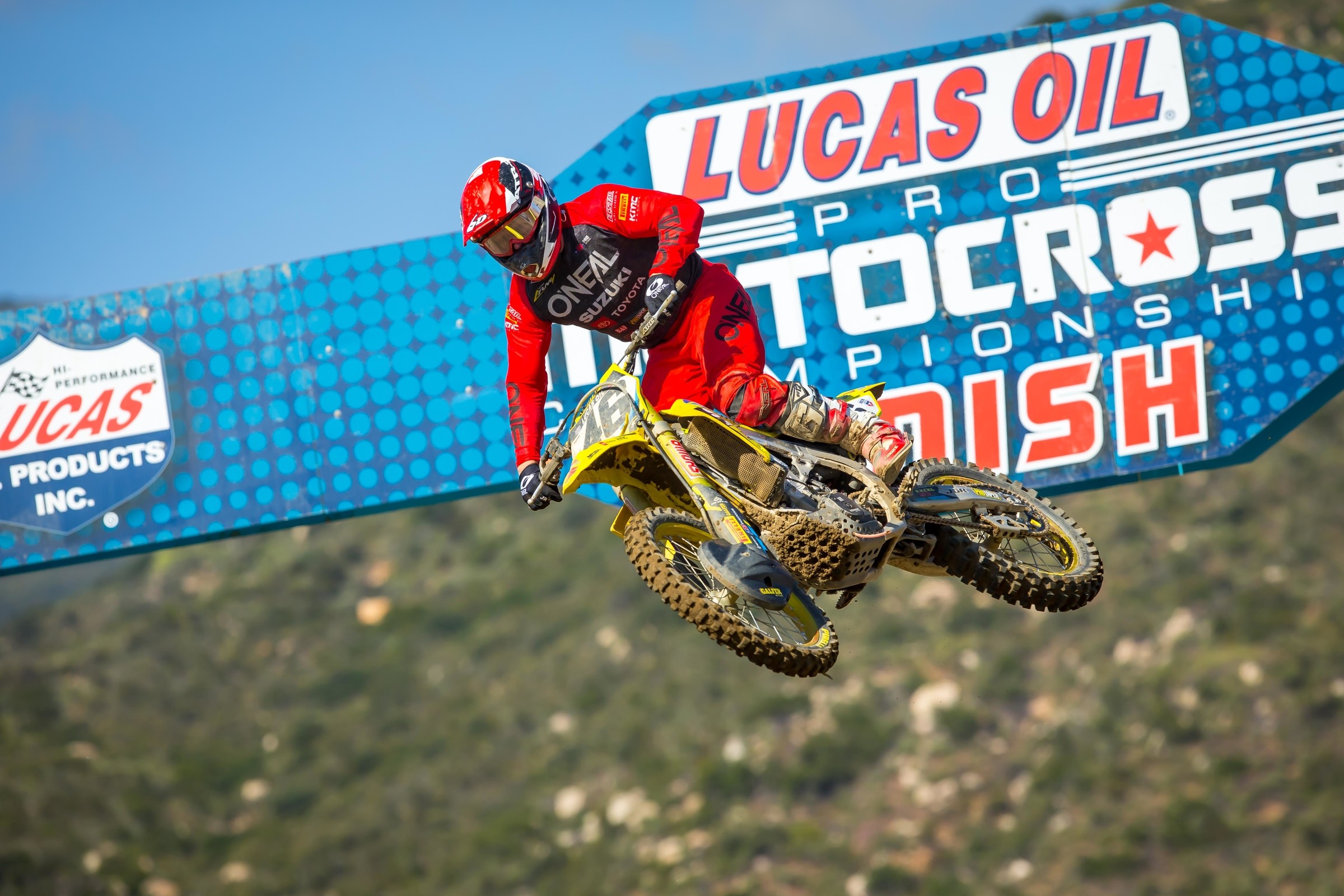 Comment: Hill recently underwent surgery to repair a ligament in his shoulder. A return date hinges on his recovery process, but if things go well Hill hopes to be back for the final three nationals of the season. Kyle Chisholm will fill in with the team on a round-by-round basis.

Comment: Merriam had a bad crash at Thunder Valley and sustained a broken collarbone, fractured T1 vertebrae, fractured rib, bruised lung, and pulled groin. He’s undergoing therapy and is out for the immediate future.

Comment: Plessinger has been recovering ever since a crash in Daytona left him with a broken heel. He’d originally planned on getting back to racing at the Florida National, but right now it’s looking like he will make his 450 Class debut at RedBud.

Comment: Seely is out for the season due to a torn labrum and a fractured glenoid socket sustained while practicing.

This really wasn’t the post I wanted to be putting up this season but I crashed practicing in Florida on Tuesday and dislocated my right shoulder. Laying there after a few seconds I was able to get it back in myself way too easily so I knew something was wrong. After seeing my doctor we found that I rebroke my socket and will need surgery to repair both the socket and labrum. So bummed. Thanks to everyone for the support this season and to my team @honda_powersports_us and mechanic @jordantroxell for the hard work. I’ll try to make it to some rounds later this season to hang out when I’m feeling better

Comment: Wilson is back on the bike but isn’t ready to race. At the moment there is no specific return date, although on Instagram Wilson hinted at returning in a few weeks.

Comment: Auberson is back on the bike after suffering a concussion at Thunder Valley but will miss the Florida National.

Comment: Cantrell is back on the bike after breaking his wrist and hopes to be back for Spring Creek.

Comment: Covington was recently diagnosed with the Epstein-Barr Virus. He missed High Point but we received word from the team that Covington will indeed race the Florida National this weekend.

Comment: Crown recently got clearance to ride after sustaining a back injury while practicing. He’s working on being ready to go at RedBud.

Comment: Falk is back on the bike after breaking his collarbone at Hangtown. He’ll likely return at Spring Creek.

GARRETT MARCHBANKS – BANGED UP | OUT

Comment: Marchbanks had a big crash at High Point and will miss the Florida National. The team hopes he’ll be ready to race at Southwick.

SHANE MCELRATH – SHAKEN UP | IN

Comment: McElrath had a big crash during the week before High Point. He missed last week’s race but will return for the Florida National.

Comment: Smith is recovering following surgery to fix damaged tendons in his wrist. Depending on how it goes there’s a chance he’ll be back for the last few Nationals.