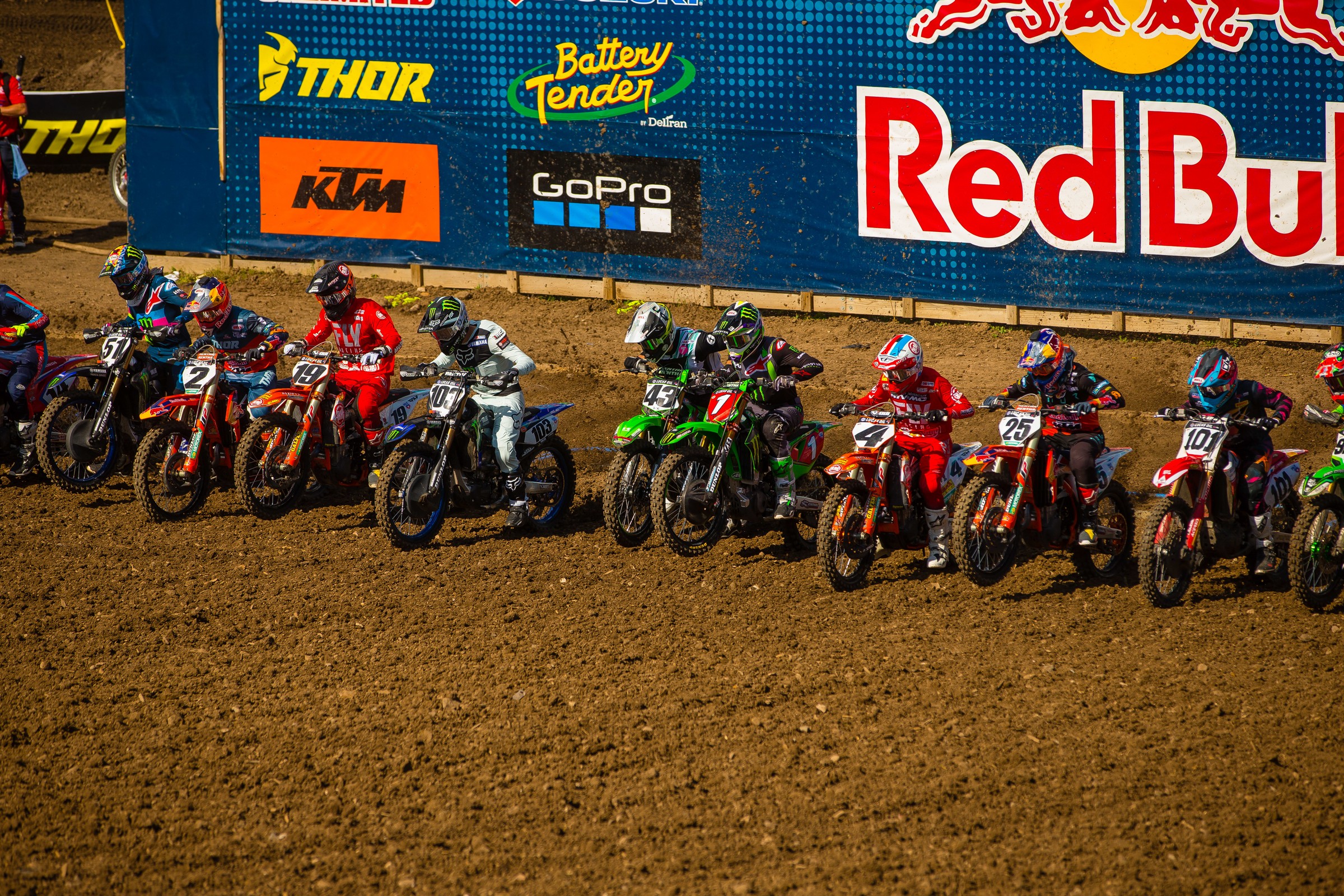 With that in mind, it’s no wonder that this round carries a strong sense of pride. It’s been a staple of the series going back to 1977, the two-wheeled pride of West Virginia. It’s one of the more unique tracks, too, adding character both in soil and layout. Overall, it’s a race that many speak positively about and almost no one dislikes. That’s a very rare thing in a sport where almost everything is viewed under a microscope.

The dirt in Mt. Morris is one of the scarce rounds left where it’s been untouched. There isn’t sand mixed in, there aren’t wood chips or mulch, either. When this dirt is watered and disced, there might not be a better racing surface in all of moto. It doesn’t happen every year as spring and early summer rains are common but when the conditions are just right, it’s incredible. We might be in for one of those years come Saturday.

The unorthodox layout of Mt. Morris tends to favor the Euro contingent. Riders from JMB to David Vuillemin to Marvin Musquin and Ken Roczen have all found success on the off-camber laden course. The track demands a certain level of finesse that other tracks don’t. Riding is constantly on an angle, always battling the edge of the tire, and very rarely do riders have the planted feel to apply full power. Technique is much more important than other tracks. Sliding up on the front of the seat/tank to gain extra front-end influence and traction is a must. Weighting the outside peg to decrease the outward slide on an off-camber is much more relevant than a track like Southwick. Fine tuning the ECU to fight wheel spin on the slippery sections, staying calm when applying throttle, choosing lines that resemble a road race course, etc. These are all appropriate concerns when attacking a track like this. On a track like WW Ranch next weekend, aggression is the name of the game. The sand will allow a ferocious approach, even over-riding the track can pay dividends at times. Mt. Morris is a much fickler dancing partner. Finesse is a weapon that can be wielded more effectively at this race than maybe any other track of the year.

One cool change for 2019 is the re-insertion of the “pro section.” This portion of the track is on the farthest end from the starting line and winds into the trees. It was always tricky because on a sunny day like we will have Saturday, the contrast from bright sun to shaded trees is hard to adjust to. Washougal has this same aspect and it wreaks havoc on riders’ depth perception and overall visibility. Some of the Mt. Morris trees have been cleared over the years so it probably won’t have as much of an impact this year but going back 20 years or so, it was a very tough wrinkle to deal with. I love these old school additions and traditions. The trees section and the corner by the start where everyone bounced off the wooden wall are synonymous with this race (as are the stepdown staircase, the tunnel jump, and the uphill triple).

Who will take a step forward after the week off and shift east?

Can Dylan Ferrandis get back into this title fight?

Will Marvin Musquin use his next-level technique to excel in PA?

Will Cooper Webb get back to where he wants to be?

Ken Roczen got the red plates back after winning the overall in Colorado.

Zach Osborne grabbed a podium last time out, continuing to improve in his rookie 450 season.

Dean Ferris may not be in winning contention but he made a big step forward two weeks ago.

Adam Cianciarulo has won all three races thus far after only winning once ever coming into 2019.

Michael Mosiman grabbed his first ever 250 podium and has been the bright spot of the Husky 250 effort.

Thomas Covington revealed that he has been diagnosed with the Epstein-Barr Virus, effectively ending his 2019 season.

JGR/Yoshimura Suzuki’s 250 effort has been rough and tumble so far with title contender Alex Martin struggling to stay up front.

Injuries have popped up this week, likely sidelining two factory riders for this weekend.

Adam Cianciarulo is given an official warning for course cutting and later sent a photo of Jake Weimer.

Jason Anderson signs a lifetime deal with Team Fried. I still have no idea what Team Fried is.