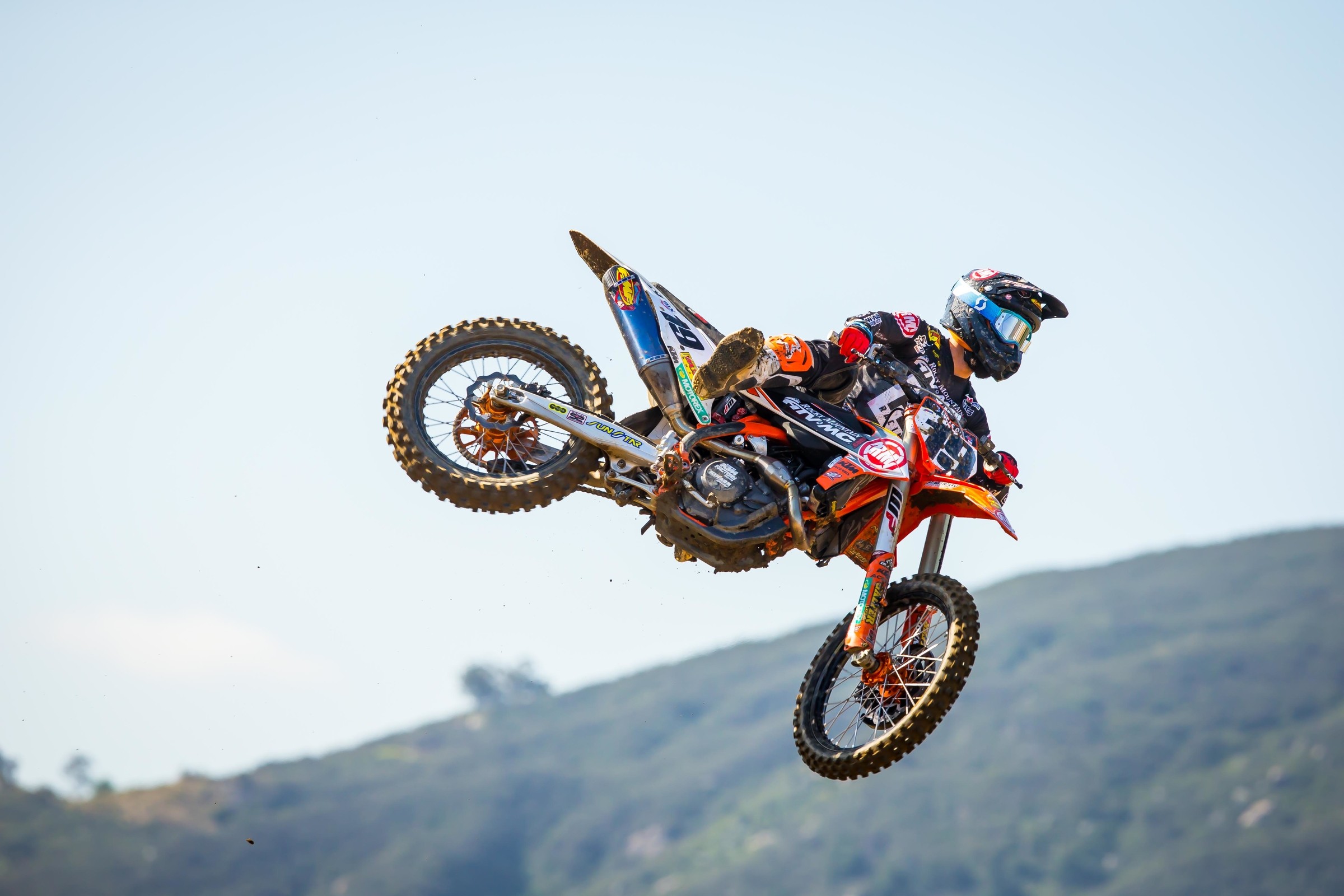 While Ferris has competed in the Lucas Oil AMA Pro Motocross Championship before (in the 2017 High Point National), getting comfortable on the new bike before the first round of 2019 wouldn’t be an easy task. Even with his limited time on the bike, he finished 11-8 for ninth overall in the 450 Class at the first round and 10-13 for 11th overall at round two.

Justin Bogle got off a great start in the second moto, grabbing the holeshot and leading the 450 Class early on. However, things went south quickly. Not only was he passed for the lead, but he lost several positions within the first few laps.

Racer X: Four motos into this thing. Not the day you wanted to, especially that second moto. I don't know if you crashed early on or something. How did your day go?
Dean Ferris: It was tough again. The first round was tough. We’re searching. Trying to get myself comfortable. Felt like in moto two I started to get into a bit of a flow. I was pretty happy with the changes we’d made.

Did you crash early though?
I did. I was kind of hanging with the group of Justin Hill and [Justin] Barcia, but I crashed. I guess it was like ten minutes in and I went back to 18th or something. So that was that. I feel like we keep making improvements with the bike and getting some more seat time.

To be fair, late addition to the thing, so not a lot of testing. I don't know how much could apply to the Romain Febvre fill-in ride, if anything even applies to that. So you are a bit behind the eight-ball.
Yeah, for sure. For sure I am. Definitely it’s not where I wanted to be, but it is what it is. I’m glad that these guys called up. Late than rather never. I’m really thankful for that. I was going to try to do the privateer thing for the first three rounds, and it would have definitely just emptied the bank account and been really hard work. So we’re working forward, but I’m still pumped about this.

On the bright side of that, you’ve been inside the top ten or just close. We had a mudder. This track everybody rides at during the week that you don’t have much experience on. So you’ve had some things stacked against you to start to series.
Yeah. I was surprised about some of the guys going fast here this weekend. I was like, I’m trying but.

You sound frustrated a little bit.
Yeah. I’m definitely frustrated. Like I said, I’m grateful for the opportunity. We’re going to keep working forward. We’ve got a bunch of stuff to keep testing. The team’s keen as mustard, we’d say in Australia. Keen as mustard to keep improving and make me comfortable. It’s just... I’m frustrated now because the day didn’t really end on a high note. At least I got a top ten last weekend and we improved. I improved for moto two here, just the result wasn’t that good.

Racer X: Sweet start in that second moto.
Justin Bogle: Yeah, I got a holeshot finally, so that was awesome. Great start to that. I was not good today at all, by any stretch of the imagination. Just had to kind of tough it out and get through this one. Now we can move on to tracks that don’t suck really bad.

East Coast stuff.
Basically everything but here and Hangtown to me. Not my favorites. I had a rough day yesterday, which led to a rough day today.

Not to be a dick here, but when you get a start like that and you’re killing it, and guys are going by you, what do you do? Do you try to follow? I don't know what’s the mindset there.
Ideally you would like to follow and pick up on what’s going on, but I was so far off it didn’t matter. I think I got passed by 13 guys within three laps. I was just not in it.

You don’t push it. You just go, “Hey, I don’t have it?”
Not today for me. I would have loved to. Start like that normally and I’m like, Okay, let’s get it. But today I was just trying to finish. Had, not a gnarly endo, but I endoed yesterday and bumped my head and just did not feel good today. So I was just kind of foggy and out of it. It’s one of those things that happens and you have to just soldier through it. I would have liked to have soldiered through it in the top ten, but what are you going to do? That’s what I had today.

On the good news, PulpMX Fantasy, we gave you the trophy. Thank you for that. We got a jersey out of it for one of our winners. So you got something today.
My first trophy of 2019 and I’m extremely proud. I feel like it’s the highest honor I could get in the sport. That’s going above the fireplace at the house, right there where everyone can see it.