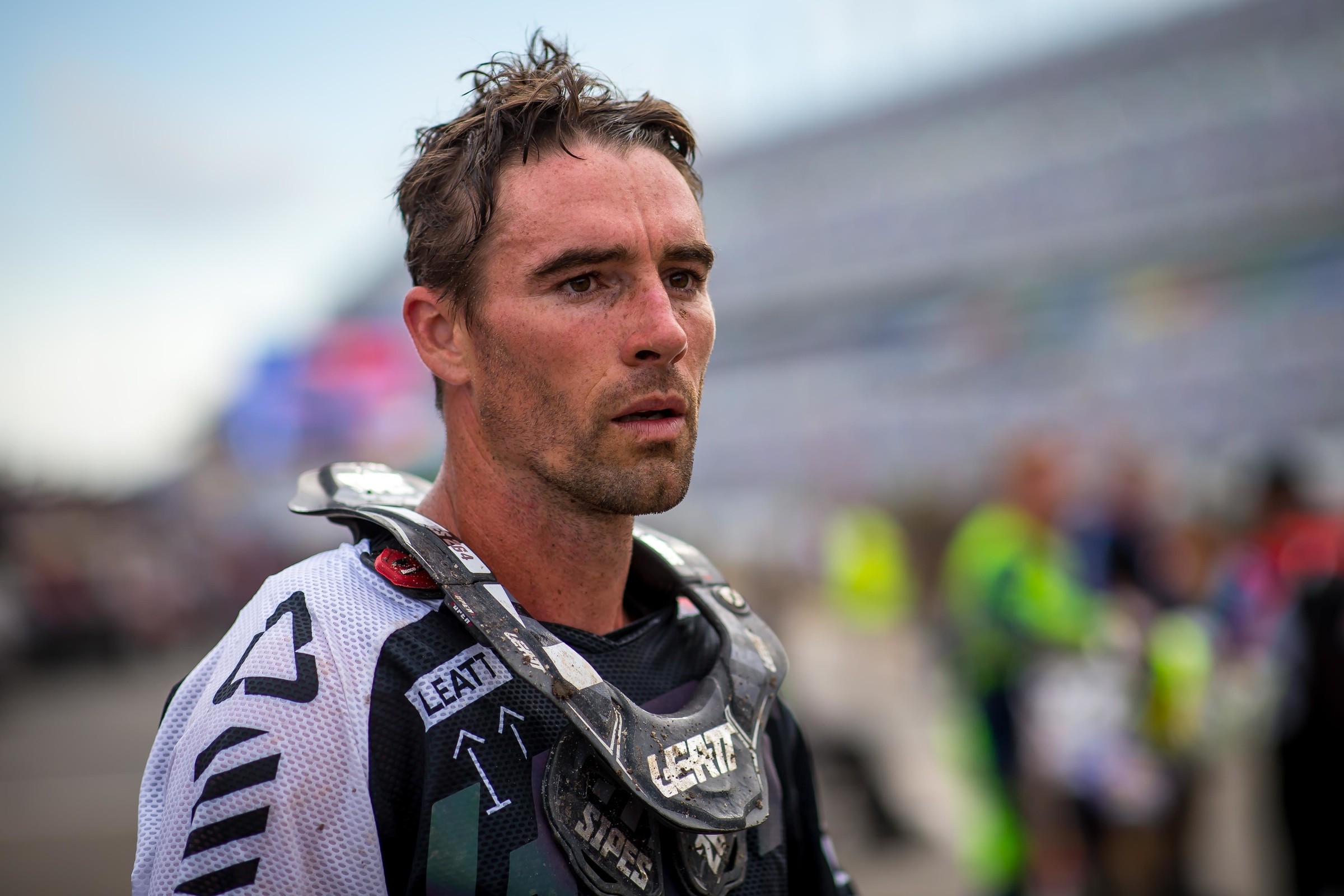 Ryan Sipes, who is in the midst of one gnarly race schedule, finished on top of the podium in the Hawaiian Supercross on Saturday night. The versatile rider spent the week prior to the race training for hard enduro but used his American Flat Track skills on the flat, slick Hawaiian track. Justin Brayton was leading the third moto until Sipes passed his old pal on the last lap to finish 1-1-1 and sweep the night.

Racer X: I lost $20 on you at Nashville. I doubted you.
Ryan Sipes: I hope you bet on me again here.

So now I’m never going to bet against you ever again because you just swept this thing. Nice work, man. It was a really great ride.
Thank you very much. I don't know, man. I rode hard enduro all week leading up to this. I hadn't ridden supercross since Nashville, but this is not true supercross. It’s just one of them nights. I was on. Everything felt really good. I could turn down kind of quicker and better than those guys. That’s kind of where the traction was. It was super fun battling JB [Justin Brayton]. We’ve known each other forever, really good friends. So we knew we were going to race each other clean. It was fun trying to strategize how to pass him. That last one I kind of just freaked out when I saw the white flag. I was like, "Well, I got to pass him now.” I had a good run, so I did it. Super cool. I think the race was cool. Obviously I won, so I think it’s cool. Hopefully the fans did too and we get to come back, because this was pretty neat.

I think that was the best part of it was you and Justin Brayton put on a hell of a show in two out of the three. If I’m a fan I’m like, “Hey, that was awesome racing. Two last-lap passes.”
Yeah, I’m glad it wasn’t just a runaway in all three like a lot of races are now. It was a cool track. You could battle. It was slippery but super fun. It was a good way to start off a Hawaiian vacation.

So your vacation is going to keep going?
We’re staying four days to hang out.

Brayton thought that maybe your flat track stuff really helped you in some of these turns.
Oh, I think it did for sure. Just being comfortable sliding. I know that’s where I was definitely catching him. As soon as we’d get on that icy, shiny stuff, I was still able to kind of charge, and he was really kind of sliding around. There is a benefit to doing a little bit of everything too because I am comfortable sliding around. So I think it helped.