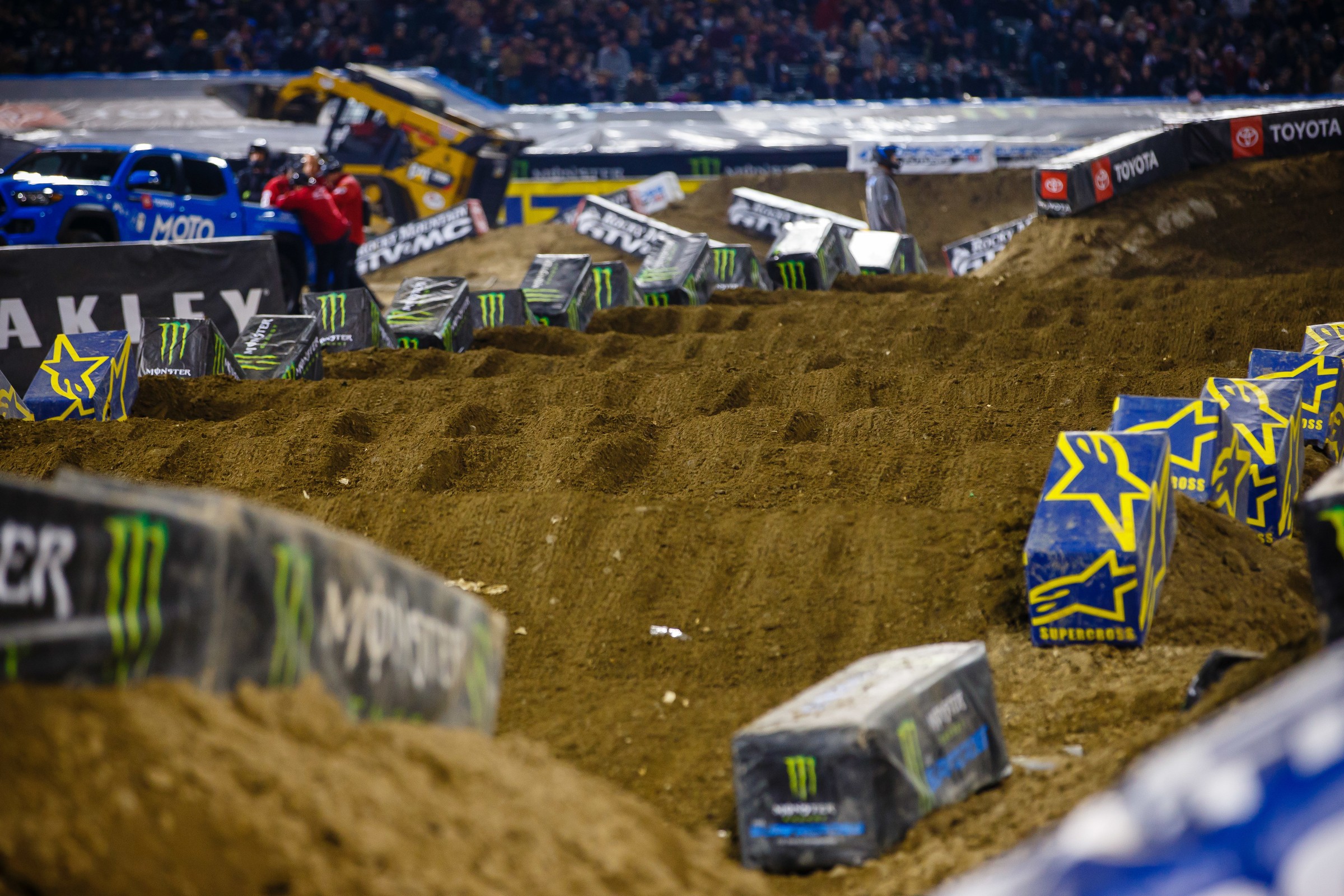 Our man Ryan Sipes, of do-pretty-good-at-everything fame, has been pretty busy the last few weeks, but he still has an eye on the latest in motocross and supercross. This week, we asked Sipes about the whoops in 2019 Monster Energy AMA Supercross, which have turned from skimmers to jumpers far more often than usual.

Sipes showed up in Nashville a few weeks ago for his first regular stadium supercross since 2013. All he did was finish a strong eighth in 250SX! So he's gotten to see whoops firsthand this year. It's still puzzling seeing so much whoop jumping going on!

1. Seems like jumping whoops has become more popular than ever this year. Any idea why? Track construction? Bikes working a certain way? Are 450s just destroying whoops?

It is, and I’m still confused by it. When I was racing SX full time we would only jump through the whoops a handful of times a year, and mainly at places like Seattle where the dirt is usually soft and breaks down quickly. Once a rut started forming, it was quicker to jump in and jump out rather than try to keep balance through the rut. We would never jump through whoops at places like Anaheim or Dallas. But now, even at the hardpack tracks they are jumping through the whoops. I have a few theories on why.

I wonder if the backlash of Limegate is one reason the whoops are breaking down more. They used too much lime in San Diego and ruined riders’ bikes. At first, they said they wouldn't use it anymore, then the riders agreed that some lime was okay because rutted tracks can get scary. But maybe they're using a lot less than before? If they normally mix lime in with the dirt for the whoops but aren’t anymore, maybe the dirt just isn’t holding up as well as it used to.

Whoop construction. It seems like they are building whoops farther apart than they used to, and not quite as steep. With whoops built like this you have to really commit and hit them fast, so they are challenging. This checks box number one: separate guys with track difficulty.

Then, since the whoops aren’t as steep, the penalty for a mistake is not as costly. They can miss one or get sideways and not hit the near vertical wall which is the next whoop. Check mark number two: fewer guys getting hurt.

Both boxes are checked, awesome. But now, since they are farther apart and less steep, it's that much easier for guys to get their wheels between the whoops and start jumping them. Half the time we're seeing this by the end of practice. That's a lot different than what we used to see. Look, anytime people can be safer, I’m all in, but I would like to see a set of real SX whoops once in a while too.

2. Does jumping whoops dictate a different bike setup? Do riders practice this at home and set up for this?

I don’t think the teams have a “skim” and a “jump” suspension spec, like completely different settings, but I would guess they are changing stuff like rebound clickers and maybe sag number dependent on whether the whoops are skimmers or jumpers.

As far as riders practicing it at home, yes, they are. At the Moto Sandbox in Florida, where I was practicing this winter, they actually built a set of whoops specifically designed to break down and turn into jumper whoops. Of course, we all skimmed them anyway because jumping whoops sucks, but yeah, at the end of the day we would normally practice jumping through a handful of times to get comfortable with it.

3. Does jumping whoops impact line selection? (Such as taking a slower inside line on entry instead of railing the outside with speed.)

It can. If you know you’re going to jump through them, there’s no reason to take the outside and build all that speed coming into them, right? Some guys have been able to sneak around the inside and still hit their jump line. Anytime you can cut off some distance it’s a good thing, especially when someone is behind you waiting for the opportunity to block pass. The downfall to jumping through whoops is it sometimes leads to a one line situation where you can only jump through the one worn down line. Then you have everyone racing around the whole track only to file in line for the whoops.

4. Any other analysis you can point to as far as skimming vs jumping?

The only thing I would say is if the whoops had been skimmers all year, I think we would be talking about someone else as champion. Cooper Webb has struggled in skimmers, bad. Whether it is his technique or his bike setup, he got lucky they jumped through a lot this year. I don't want to take anything away from him, the way the year went he might have won either way and he’s definitely been the best guy, hands down, but jumping through was better than skimming for him.

How’d the American Flat Track Super TT go over the weekend? What other crazy stuff have you been working on?

The Super TT was fun, really different than anything I’ve ever done. I’ve only ridden small TT tracks where the corners are tight, and this one was superfast. Like fourth-gear-two-wheel-drifting fast. I was bad to start the day but got better every time we rode. I was a corner away from winning the heat race and led the first seven laps of the semi before I got passed by the points leader. Ran sixth in the main until the last lap and then I learned what a high-speed high-side feels like. I wadded her up pretty good but got lucky, no injuries. Oh well, I was riding good, and I live to ride another day. Now on to Hawaii SX next weekend! What better way to prepare for supercross than riding flat track, right?