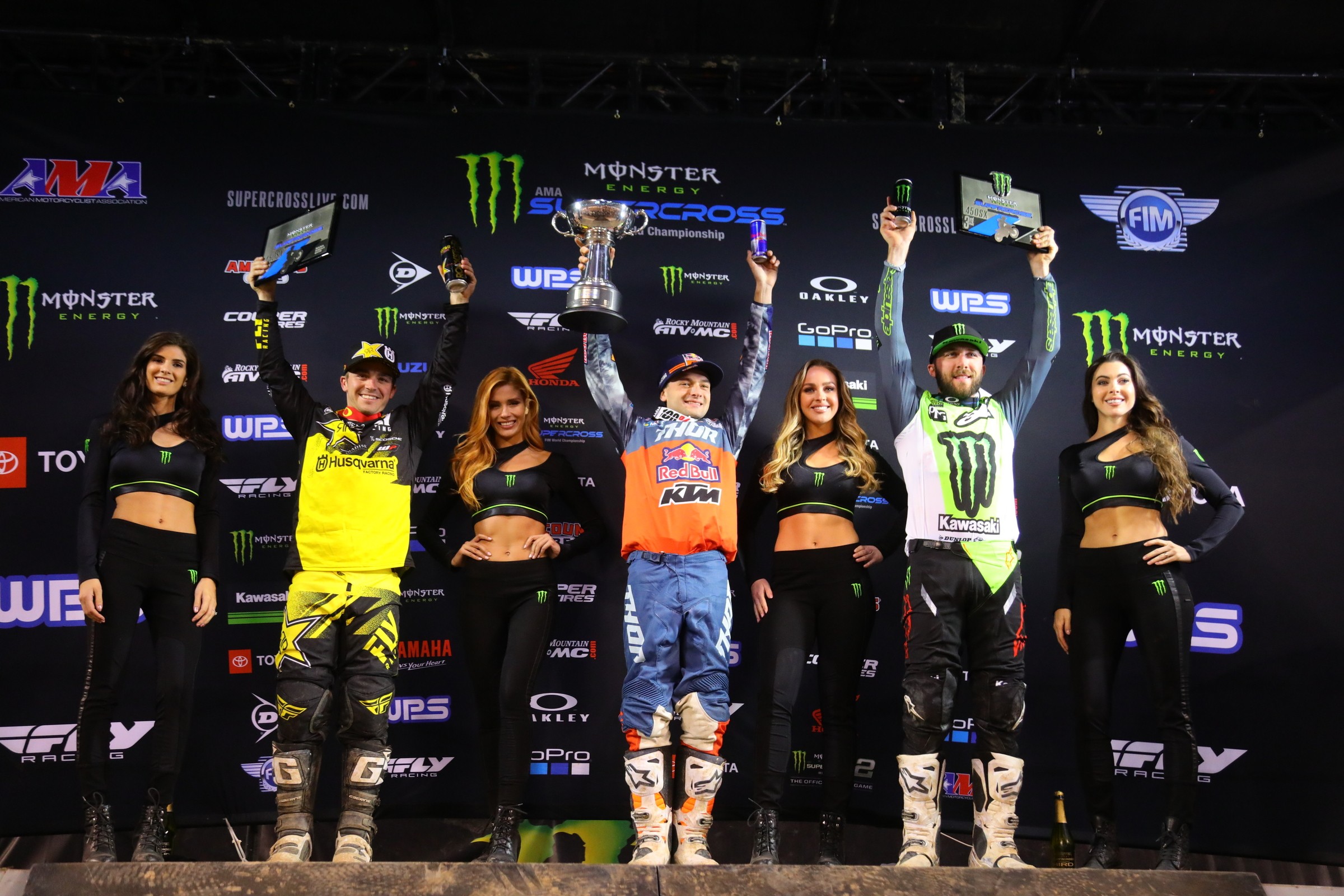 The Conversation East Rutherford 450 and 250 Podium

Red Bull KTM’s Cooper Webb took one step closer to wrapping up his first career 450SX title on Saturday at Round 16 of Monster Energy AMA Supercross at MetLife Stadium in East Rutherford, New Jersey. Webb was battling an illness all day long, but put it together in the main event and outlasted Zach Osborne and Eli Tomac to capture the win and extend his points lead to 23 over Tomac with just one round remaining.

Osborne actually took the lead late in the race, but he crashed and eventually held on for second, his first career podium in 450SX. Tomac was certainly the fastest rider in the main event, but two crashes in the whoops cost him a third straight win. Tomac took the lead early and crashed in the whoops. He worked back to second and was challenging Webb again, but crashed in about the exact same spot. He would rebound to finish third.

In 250SX, GEICO Honda’s Chase Sexton grabbed his first career win and now leads Justin Cooper by nine points heading to Vegas. Austin Forkner, the points leader coming into the race, was battling a torn ACL and looked good early in the main before he over-jumped the single after the finish and damaged his knee further. He would pull out of the race and is likely headed for surgery. Mitchell Oldenburg grabbed his first podium of the season in second, with Cooper third.