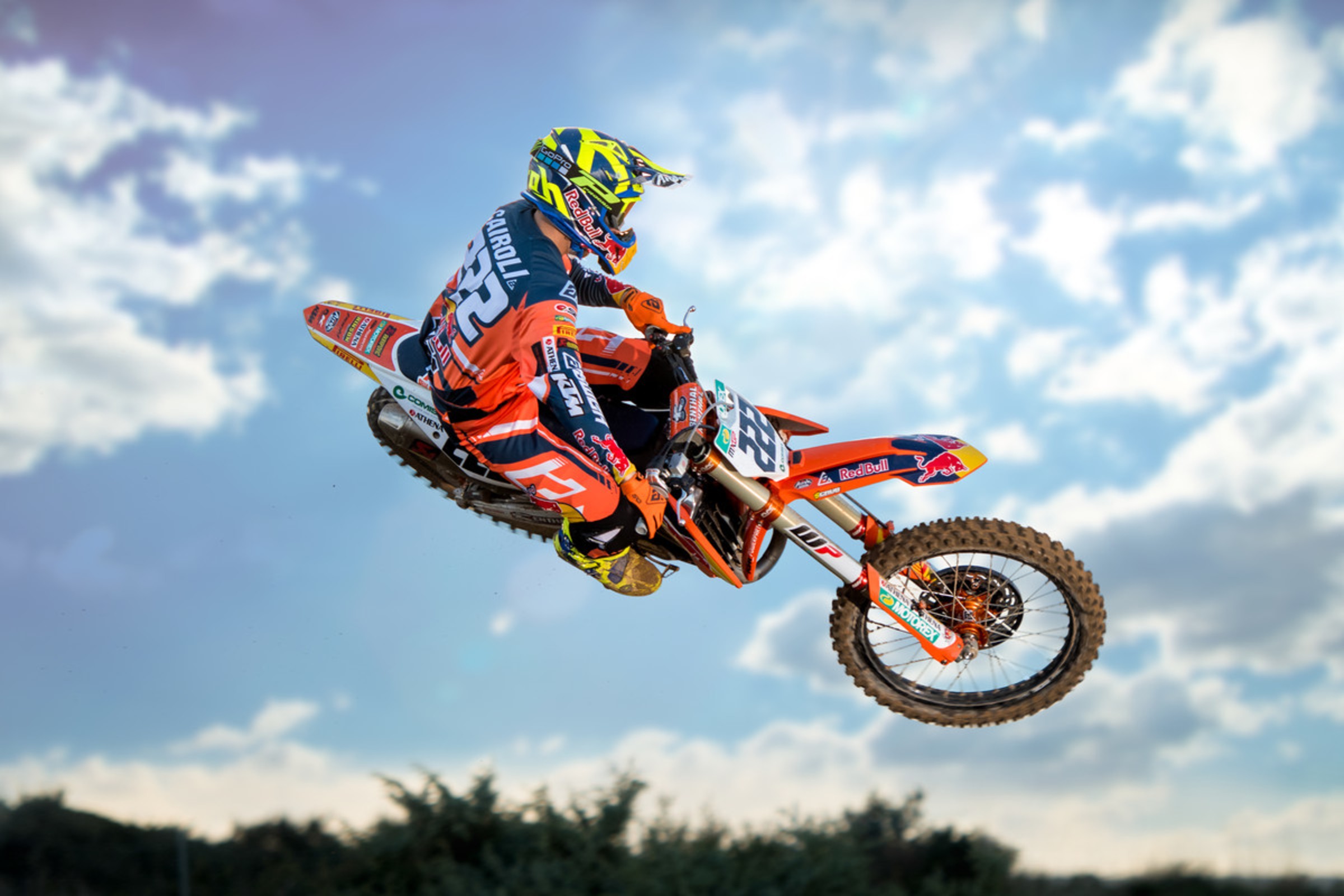 The 2019 FIM Motocross World Championship kicks off in Argentina this Saturday and Sunday. Most notably, Jeffrey Herlings, the 2018 MXGP World Champion, is out for the opener.

Check out what the landscape in 2019 will look like in Europe.

The defending MXGP World Champion is out for the opener due to a foot injury suffered in a training crash in January. Herlings will undergo a check-up on March 11 to change from a full cast to a lighter support and doctors will then evaluate his recovery process. The second round of the series is set for March 24 at Matterley Basin in Great Britain.

The nine-time world champion finished a distant second to Herlings in 2018, but he was still the closest challenger, winning six motos. Although he’s 33, AC is a favorite for a tenth world title, which would tie him for most all-time with Stefan Everts.

The two-time world champion missed the opening round last year due to a jaw injury, which affected him for much of the beginning of the season. He performed much better at the end of the season and took fourth overall. Can he take advantage of Herlings’ injury to start the season?

Bogers missed all of his rookie MXGP season due to a foot injury. He’s finally healthy and ready for 2019.

The 2015 world champion wasn’t in a factor in the title chase last year and missed the final three rounds due to injury.

Seewer, a title contender in MX2 for several years, moves over from The Wilvo Yamaha team, where he raced his debut MXGP season, to the factory squad.

The Motocross of Nations stalwart for team France moves over from the Rockstar Energy Husqvarna squad.

Tonus missed all over last year due to shoulder injuries.

Desalle is back with Kawasaki. Last year he was the only rider not named Herlings or Carioli to win a moto when he took the first moto in Indonesia.

This year will mark Lieber’s second in MXGP and second with Kawasaki.

The 2017 MX2 World Champion moves to MXGP in 2019. He underwent knee surgery in September but will race the opener.

The 2018 MXoN standout moves over from Red Bull KTM.

First year with the KTM squad.

The veteran spent last year with TM Racing. He moves to KTM for 2019.

The Italian finished 13th in the championship in 2018.

Only competed in six rounds in his MXGP rookie season in 2018.

Spent last year with the team.

Moves over from the Bike It DTR Kawasaki team.

Moves over from Wilvo Yamaha.

The veteran will miss the start of the season due to an elbow injury.

Missed most of last season due to injury. Moves up to MXGP in 2019.

Prado won his first world title in 2018 and is the favorite again in 2019, especially with Jonass moving up.

Returns for another year with Honda HRC.

The Brit had a breakout year in MX2 in 2018 and returns for another year with the team.

Geerts had a promising MX2 rookie campaign in 2018 and is back for another year with the team.

Kjer Olsen is back for another year with Husqvarna and could be a threat to Prado.

The Australian landed a two-year deal with Husqvarna this off-season despite missing most of 2018 due to injury. He is out for the opener after fracturing his vertebrae at LaCapelle Marival last weekend.

The American is back for another year with the Bike It DRT Kawasaki team. He missed most of last year with a knee injury, competing in just four rounds.

The Brazilian filled-in for Sanayei on the team in 2018 and competed in five rounds. He returns for a full year in 2019.

The former Rockstar Energy Husqvarna rider is back for a second year with the team.

The Australian moves to MX2 for 2019. This will be his rookie season in Europe.

Missed last year due to injury.

Signed with the team this off-season.

Is back for a second year with the team.