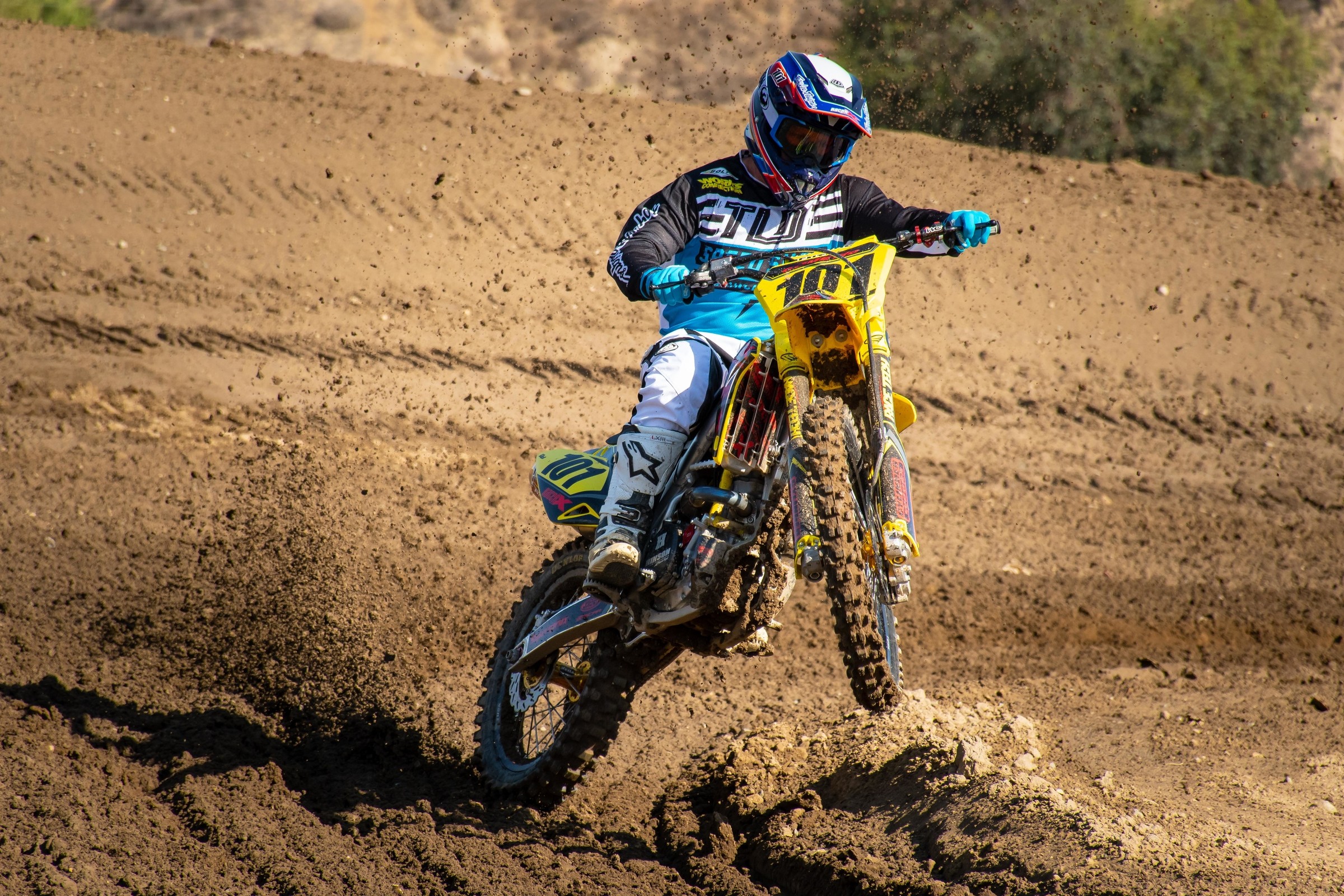 First of all, congratulations for The Whiskey Throttle Show… you and GL have a great program and I would personally like to see an episode about you two, talking about how you started and talking some memorable and fun moments.

But my question is, I have never seen a national race and I’m considering doing it this year, if you could list what you think are the top three nationals (in case I can’t attend one particular date), which ones would it be and why?

Glad you’re enjoying the show. We plan on going through each of our careers in individual shows in the next month or so, so stay tuned.

As far as nationals go, there are some great ones to choose from. Since you’re coming from Cozumel you can go West or East Coast, which opens up your options. From a spectator’s perspective, RedBud is pretty epic (held on July 6). The track sits down in a valley so you can see much of the action from one of the many hills. The RedBud crew does an amazing job of keeping the grounds clean and green, the track itself is incredible, and the Midwest fans are super cool... and maybe just a little nuts out in parking lot B. If you’re looking to party, that’s your spot. The one downside can be the weather. In July it can be as hot as Africa, there so you have to keep an eye on the weather.

Another epic round is Washougal. You have to get up on the hill early to get a spot because the trees and fans can impede your view, but it is the most amazing setting for a dirt bike race. The fans are awesome, the weather is amazing, and the track is great. The one downside is that this dirt gets stuck in every single pore on your body. You’ll need to soap up and scrub with sandpaper to get clean afterwards. My third pick would be Budds Creek. Again, the setting is amazing, the track is amazing, and you can see much of the track from the hills. The bonus here is that you can see some of the amazing monuments in the U.S., including the White House and the Capital building, when you fly into DC.

Honestly, you can’t go wrong with any national but those three are particularly epic. Have fun and hope to see you there.

Long time reader (since the beginning actually), first time writing, love The Whiskey Throttle Show, have watched every sx race since ‘94, blah blah blah, etc, etc... Enough about me though.

Eli Tomac is obviously not himself this year. He mentioned on the show about adjusting to the all-new Kawi. I also heard Jason Anderson and Blake Baggett mention last year about receiving their FE edition bikes just weeks before A1, then there’s the very popular aluminum frame switch on the CR in ‘97 that MC used as his main excuse to exit Honda (there were lots of other reasons why, in fact, he left, but let’s face it...that frame was NEVER going to suit his style). So my questions are...why on earth would manufacturers even change a bike that they just won multiple championships on, making someone like Tomac who has won two motocross titles in a row and seemed oh so close to being comfortable and consistent enough to take the supercross title this year or McGrath get accustomed to a new frame or balance?! And also, why the late timing on getting these new bikes/frames to their paid factory riders sometimes?

I realize manufacturers always have to evolve and improve, and have millions invested into development, but why fix what isn’t broken? Is it just the American racing schedule why it’s rushed sometimes? What am I missing here?

Each scenario is different. With Jeremy, they went to aluminum for durability and marketing purposes. They made it way too stiff initially and it took a few years to get it sorted. As you mentioned, there were multiple reasons he left. But manufacturers can’t sit on their hands… they want to improve and push the limits of engineering development. As far as the Factory Edition bikes last year, sometimes production can be delayed and that translates into late arrivals here in the States. Nothing you can do about that. And sometimes, like with Tomac this year, you can have a bike that is better in every way in terms of production bikes that still takes a while to get right for your factory team or a specific rider. The 2019 KX450 is the best four-stroke Kawasaki has ever produced. Period. It handles well, turns well and has more balls than a Titleist storage facility. That doesn’t mean that it suits Eli’s style. They run different suspension, an even faster motor, different triple clamps, and about a million other parts that are different from the stock unit. So it will take a minute for them to get Eli comfortable. We talked at length about finding the “feel” that he’s looking for and he said he was close. For his sake, I hope he finds it quickly or this supercross series will be over. They actually got the bike quite early and he was racing it at the Monster Energy Cup in October. However, he missed three weeks of testing in December, which has been more detrimental to his season than his injury in December. Hope that sheds some light.

With the CBD logo ban and the previous helmet cam ban against Chad Reed they really are harming the riders and growth of our sport! I can’t see a NASCAR driver being told they can’t use a product (except I do understand the CBD/legal issues)... We need outside people to grow this sport.  The same goes to some privateer trying to earn enough money to get to the next race (ala Deano selling his apparel)...and it is crap Feld blocks that. I didn’t even get into people attending a supercross race and being forced to only buy the Feld items (of which most are very vanilla or flat lame).

Your brainpower and experience are needed on this one.

Feld knows that they’ll sell more merch if they are the only game in town, and they’re right. The stuff they’re peddling at the races is terrible, in my opinion, but when a kid wants a souvenir… they have to choose between an ugly Monster Energy Supercross shirt, and a different ugly Monster Energy Supercross shirt. I heard from a good source that Deano was moving 40-50 thousand dollars in merchandise early on this year as a privateer. Yes, Deano had some good stuff and he’s been great at interacting with fans and getting them involved. But think how much a guy like Adam Enticknap could make selling his stuff. Think how much money a support team could make to help support their cause, and in turn more riders.

The CBD issue is a little more understandable because the rules are still a little muddled when it comes to those products. Anybody whose head isn’t planted deeply in their own ass knows that CBD is a natural product with no side effects and proven uses for athletes. But until our federal government gets organized (good luck with that) and makes some common-sense changes to make it legal, large companies will err on the side of caution to protect themselves; and you can’t blame them. Feld has done an awesome job growing the sport over the years and I feel like they genuinely care about supercross. But there are a few things they could let go of to help riders and teams generate some revenue and give fans more options and connection to riders and teams. Hopefully they come around.