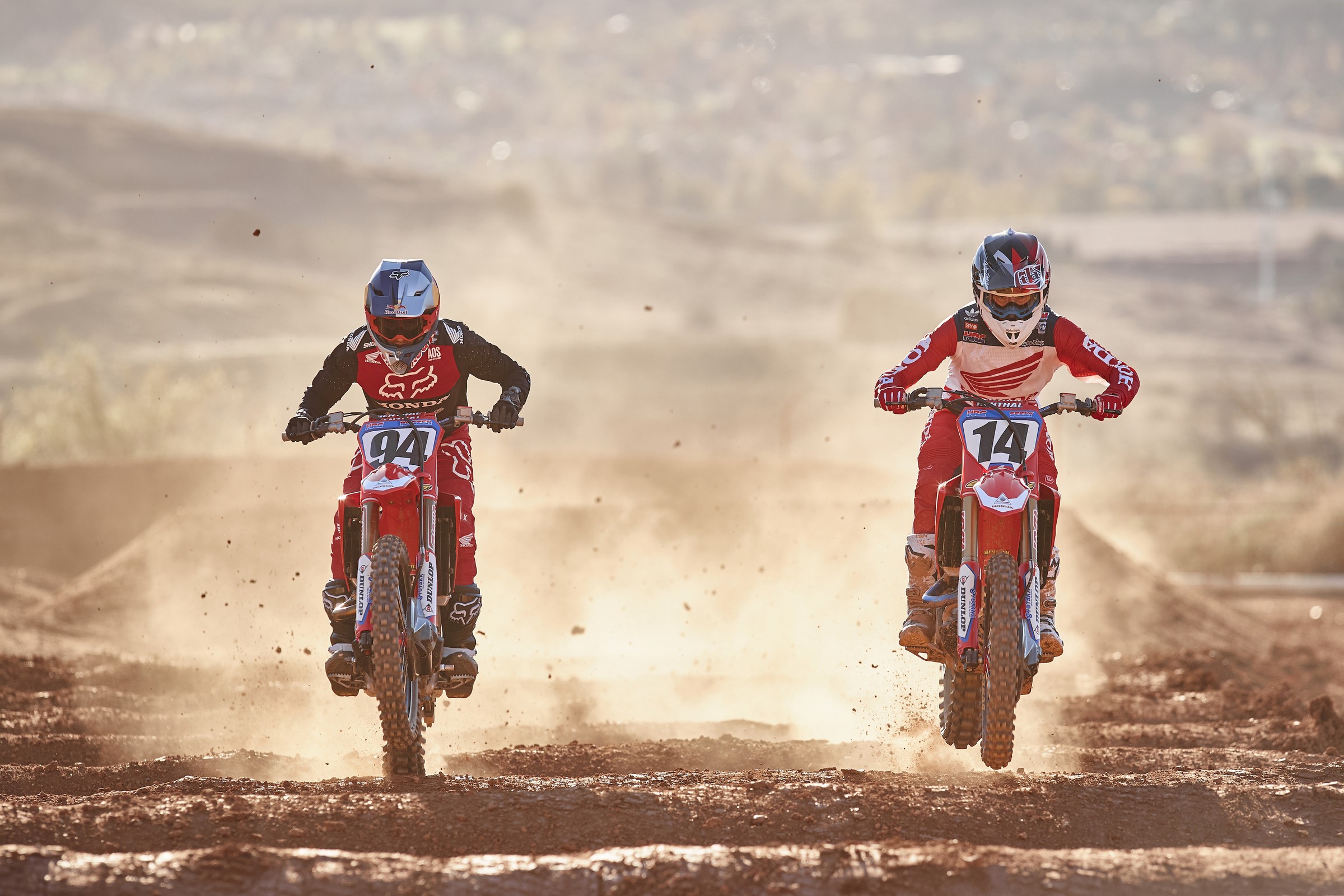 Monster Energy Supercross is back! The opening round of the 2019 season begins this Saturday at Angel Stadium in Anaheim, California. A new year also means new numbers, riders, teams, etc. It’s hard to keep it all straight.

Luckily for you, we’re here to help. Here's a handy guide for the weekend and the season. Bookmark this, print it, or just keep this window open on Saturday night and you'll feel like an expert!

Signed a four-year deal to remain with the team at the beginning of 2018.

Kawasaki and Tomac agreed to a multi-year extension in 2017.

Savatgy pointed out of the 250 class in supercross and agreed to a deal with Monster Energy Kawasaki in August of 2018. He’ll move to 450 class this year.

After missing most of 2018 due to injury, Seely inked a one-year deal to stay with Honda HRC in September 2018.

Signed a three-year deal with Honda HRC prior to the 2017 season. His contract runs through 2019.

Prior to Las Vegas last year, Brayton signed a two-year extension with the team that runs through 2020.

For the first time in his 450 career, Stewart will race Anaheim 1 after signing with MotoConcepts. He spent the entire off-season racing in Europe with help from the team.

Friese is back for another year with the team.

Signed a multi-year deal with the team in August 2018.

After two years with Monster Energy Factory Yamaha in the 450 Class, Webb signed with Red Bull KTM this off-season.

Baggett recently signed a new three-year deal to remain with the team. It runs through the 2021 season.

After a deal with Phoenix Racing Honda fell through, Bogle was putting together his own deal before getting the call to fill-in for Bloss.

Re-signed with the team this off-season but sustained a torn ACL in December and will miss the entire 2019 Monster Energy AMA Supercross season.

Re-signed with the team but sustained serious facial injuries at the Paris Supercross. There is no timetable on a return.

Reed raced the 2018 Lucas Oil AMA Pro Motocross season finale with the team, and they also provided support this off-season. He’ll make his SX-debut with the team on Saturday.

After moving back to the 250 class in 2018 with 51Fifty Energy Drink Yamaha, Chizz is back in the 450 class with the Suzuki team.

Bisceglia will ride the 450 class for the team in 2019. He spent last year with the Nut Up/LVN100 Suzuki team.

Returns to the team for a second year.

Will be supporting the following riders:

Wilson was hoping to get a deal with Rockstar Energy Husqvarna, but a three-rider team fell through. For now, he will be a privateer in 2019 and is hoping to snag a fill-in ride.

An official suspension for Tickle has yet to be announced.

After not being re-signed by Monster Energy Kawasaki, Grant does not have a deal in place for 2019.

Cunningham was also linked with the Phoenix Racing Honda team, but that deal fell through, as the team is 250-only for this year.

Bowers will have his own deal for 2019 with some help from Kawasaki.