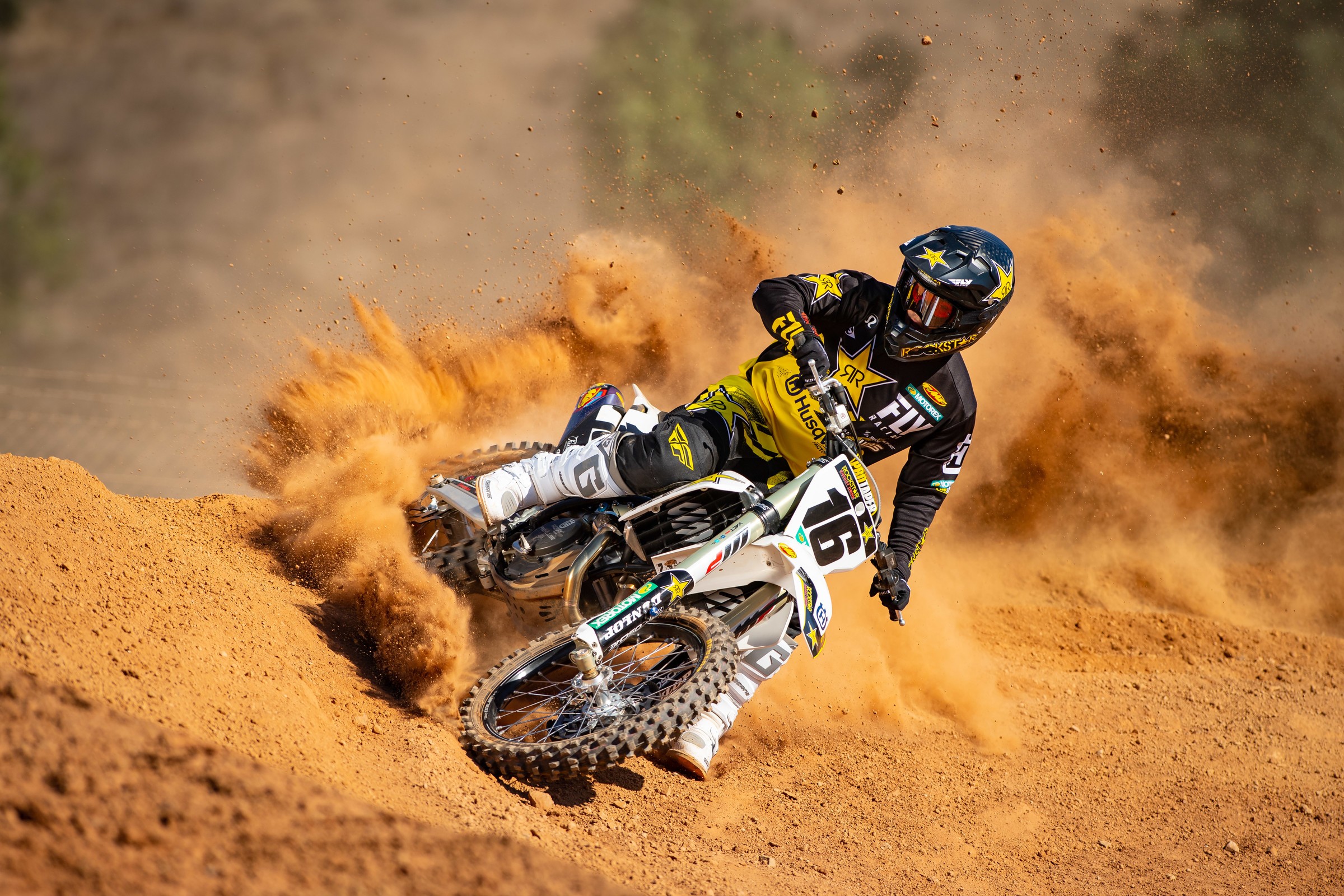 3 on 3 Breaking from the Stack

Basically, these are top riders sitting just below the Anderson/Tomac/Musquin/Roczen group on the hype chart. Let’s analyze this gang of 11 a little further with three questions and three responses for this week’s 3 on 3.

Steve Matthes: I think Zach Osborne has the chance to surprise people in 2019. I mean, he's a multiple champion and on a great bike so I'm not sure it would be a huge surprise to see him do well. At Paris and Geneva, I was very impressed with the #16. He's in great shape, his speed is there, whoops were semi-tough there, and he was good in them. I like Wacko, we're friends, so maybe this is some sort of bias here, but man he looks great. I don't think Barcia, Baggett, or Seely can surprise—they're solid vets at this point and will be in the mix for podiums every weekend.

Jason Thomas: Steve has been spraying Zacho with pump so I will go elsewhere. I think Blake Baggett has a chance to get back to his best form. With the late arrival of the new KTM last season, everyone on orange seemed to struggle early with settings. The entire month of January seemed to be a testing session (remember Musquin's issues at Houston?). With an entire off-season to dial in the same chassis, I think Blake will come in much more confident and prepared. The arm pump I watched him shaking off all day at A1 shouldn't be an issue. He should be able to find his mid-season form much earlier and battle for podiums like we expect. His ability to start at the front will be a key component of this success in the deepest field I can remember.

Jason Weigandt: Surprise is hard to define, because when a guy does awesome and you say he's a surprise, does that imply that you weren't expecting him to do well? I'm just going to predict someone will improve his results a lot, and the best bet is Malcolm Stewart. Malcolm's career-best 450SX finish is sixth, but most of the time, he's been back in the 11-15 range. I think he'll be much better this year. In previous Decembers, Malcolm has been without a team, and I don't think he will push himself every day without a squad around him to keep him motivated. Everyone is different. Broc Tickle has still been training like a mad man even though he doesn't know when he will start racing again. I don't think that's Malcolm's style. But Mookie has a team now, he's been working hard with Gareth Swanepoel, and I think he will be much better this season.

I have no doubts about Malcolm’s skills and program now. The only question I have is consistency. In the past Malcolm struggled in the mains, and I figured that's because he was tired, and because he was stringing together a guess on bike setup during the season. Now that he's coming in strong and with plenty of testing, will he eliminate the mistakes, or is this just part of his deal?

2. Which one of these guys can get wins?

Matthes: Wins you say? Well, that's a big ask because, well, wins are really, really hard as we've seen over the years. In fact, we ALWAYS list too many guys that can win every year in our preview shows. Year after year, you see four or five winners—that's it. Many times less! So if you assume the big four will get wins that leaves one, maybe two dudes, to grab that elusive win. On the flip side, the Triple Crown rounds certainly help for adding winners. I'll go with Barcia and... ZACH OSBORNE! Yeah, that's right. Wacko is ready to win. You heard it here first. Stamp it.

Thomas: I would have to agree on Barcia. The biggest factor here is experience. Winning a 450SX takes fitness and speed of course, but the mental calm needed in the waning laps might be even more important. Barcia has been there and done that. He starts up front and won't be intimidated by any of the elite guys trying to push him backward. He can ride as aggressively as anyone on Earth so if push comes to shove on the last lap, Barcia is hard to bet against.

Weigandt: Yeah, Matthes nailed it, we usually see an average of 4-5 winners per season so there's not much room left after guys like Anderson, Tomac, and Musquin, who won just about everything last year, and you have to factor in Ken Roczen also. That’s four right there. Barcia is an easy pick for a win, and I think one other rider can breakthrough—either Seely or Webb are at the top of my list there. Maybe one of the rookies gets one, but that would push us toward 6-7 winners. So I think the air gets thin for a rookie win in 2019.

3. Who is the hardest to predict right now?

Matthes: The hardest to predict are both on the same team. JGR/Yoshimura Suzuki’s Chad Reed and Justin Hill could either have terrible seasons with injury/ineffectiveness OORRRRRRR Justin could win a main event and Reed could bounce back in a big way and grab some podiums and a hell of a lot more top fives. I mean, seriously, both of these guys should just put a giant question mark on the front of their jerseys. It could go beautiful or horribly wrong. Good luck, J-Bone!

Thomas: I will waffle as usual and say both Seely and Webb. Cole Seely is coming off a horrific injury suffered in Tampa. That crash will most likely play some sort of role mentally. Can he shrug it off and take chances when needed? Racing at that level can't be done halfhearted. If he can put it out his mind and ride to his potential, he will be near the front like the Cole we know. If that injury lingers mentally, losing that razor's edge can be the difference between fighting for a podium and fighting for ninth.

For Webb, this is more about how he responds to switching, well, everything. He moved from North Carolina to Florida. He switched trainers from Swanepoel to Aldon Baker. He switched from Monster Energy Yamaha to Red Bull KTM. This whole 2019 season will be about rebooting and resetting. How does he respond? That's a question no one will be able to answer until January.

Weigandt: Webb is the hardest to predict. His ceiling could be very high. He didn't come out of the 250s with mega-hype for nothing. It was expected that he would be as good as anyone, a genuine elite-pack guy capable of winning races and titles. So, if he becomes a front runner, we shouldn't be totally surprised, right? On the other end, I thought Cooper would make a huge step last year and it didn't happen. As always, I've been wrong before.