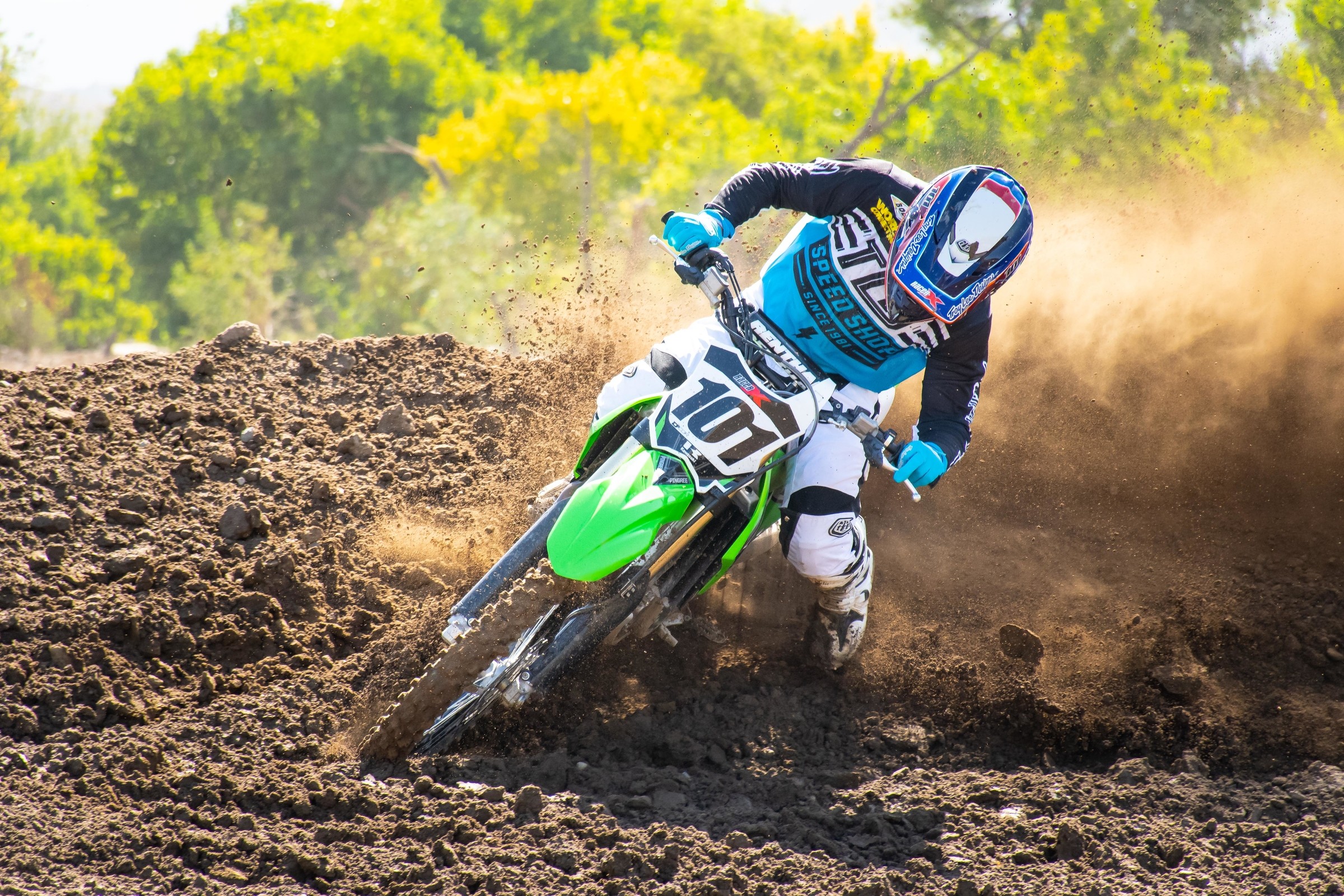 First time writer and new to the ‘ask ping’ section, so I hope this question hasn’t been answered a million times. If it has, give me some slack as a fellow FF/PM and answer anyway: How much, ballpark, do 450 factory racers make from salary?

I know a lot of their pay includes sponsor deals, how they place in sx, endorsements, etc. But how much do the top 10-ish guys count on making for a year? A while ago a buddy of mine said RC got $12 million just from Suzuki when he raced. That sounds insane, but then again, RC is RC and when he was racing the millions were flying. On Behind the Dream, Anderson mentioned that winning the title means getting a 7-figure bonus, and everyone knows the top guys can make 7 figures, but is it 1-2 mil or 4-5 mil or what are we looking at?

Thanks for your knowledge, and huge props to getting picked up by SBC Fire. The fact that you were a top racer and then got picked up by FD in SoCal is incredibly impressive.

There is a large pay gap between the elite few who are capable of winning races and those who can’t. I don’t know specifics of any particular rider’s contract, but anything and everything is negotiable. Carmichael used to push the salary as high as he could (though I think 12 million for a season is stretching it—maybe it was for a multi-year deal), and then negotiate for bonuses with nothing for second or third but a massive number for wins and championships. He sold them by saying they’d only pay if he was winning; guaranteed results on money spent. It worked for both parties as RC did plenty of winning. I would guess that Tomac, Anderson, Musquin, and the like are working on low seven figure contracts for pay and bonuses negotiated differently for each. The standard bonus for a championship in the 450 class is a million dollars and about half that amount in the 250 division. A good year for one of the top guys could push two or three million dollars but that all varies with race wins, titles, and big money events like Eli’s million at Vegas this year.

Other factory guys are still making tall six figures (think Baggett, Seely, Savatgy, Webb, Barcia, etc), which is still good money. The top 250 riders would probably fit into this range as well. The shocker comes at the drop off after this group of guys. Riders who consistently make main events, but just make a pretty meager living. In fact, if you’re putting money back into your own program you’re likely spending every extra dollar you made to improve your chances of posting better results—and these are guys who are only one or two second per lap off the podium guys.

The chasm between the haves and the have-nots in this sport make the Grand Canyon look like a crack in your sidewalk. But, our sport is relatively small and there are only so many dollars to go around.

It appears that e-bikes (electric-assist mountain bikes) are currently experiencing the same exponential growth that motocross experienced in the late 90s and early 2000s. Could this growth take a bite out of motocross' piece of the recreation spending pie?

An e-bike could offer a very exciting experience, a workout, and easy accessibility regarding riding spots compared to moto. With Generations X and Y aging (sigh) and taking on other responsibilities, perhaps this would be preferable to spending 8-9K on a new dirt bikes, all the wrenching required, time/fuel/gate fees, etc.

What do you think?
Thank You

There is a real battle amongst all sports at the moment to grab kid’s attention away from their phones and gaming devices. I hear my daughter’s club soccer coaches talking about it, youth football programs, and motocross is no different. Once upon a time kids wanted to get outside and do fun things, like ride dirt bikes. But the softer-than-baby-shit youth of today can’t even be bothered to look up from their iPhones when walking around in public, so getting them to work for a bike, let alone ride it, is a daunting proposition.

The fact is, boomers, Gen X, and Gen Y types are all aging and looking for less dangerous ways to get their thrills, and mountain biking is certainly a good replacement. The pedal assist movement is growing and its getting folks involved who normally wouldn’t have tried it. And these bikes are fun, regardless of your fitness level. Purists will poo-poo the E-bike concept, but let’s remember these are guys who wear rubber shorts, shave their legs, and spend a small fortune to reduce the weight of their bikes by grams and milligrams. Those scales are for weighing drugs, guys, not derailleurs and brake levers.

I think anything that gets people outside and moving is a good thing. How do we get them to choose dirt bikes over mountain bikes? A start would be a price-point bike that is easy to work on. Hmmm… where do we find something like that? I get told I talk about 125s too much so I won’t answer my own question.

I've always been fascinated with how people come back from injuries. Some return two months later and look like they were never off the bike at all. Some come back and struggle to regain their form. Some never regain it at all. I'm sure the severity of the injury factors in as well as the type of injury but the differences can be amazing. I started racing mx in 82 and even though my racing days are long behind me I still love nothing more than going out on my dirt bike and having fun. As you can imagine there are a lot of gaps between riding sessions now that I'm almost (ugh) 50. I struggle to have any kind of speed whatsoever when riding buddies that have been off equal amounts of time seem to ride just as well as before from the first lap! I had zero natural ability at mx when I started and had to ride constantly to finally get faster. Do you think those with more natural talent get back to speed faster? Is it more of a confidence thing? Really curious for your take on this.

I think the severity of the injury and the way it happened play a big part. If you dab your foot while you’re riding and twist your knee, the psychological effects of that, even if you tore your ACL, are going to be much less significant than if you get shot over the bars like Chad Reed at Millville on that Honda a few years ago. A crash that leaves a NASCAR-style burnout on the backside of your underwear likewise leaves a mark on that part of your brain that weighs risk versus gain. Also, it only makes sense that a rider who is more naturally talented will get back up to speed more quickly. There is a fine line for older riders like us. Injuries are detrimental to our occupations, they are more difficult to recover from, and they hurt more.

Still, riding is fun and something that no other activity can replace; try whatever you like, there isn’t anything like motocross. So we have to try to block out the negative thoughts about getting hurt so that we can be fully focused and in the moment. But we also have to stay within our ability level with a 5 to 10 percent cushion on that. These days I’ll gladly let somebody go past me if it pushes me past my 90 percent effort level. I’m simply not willing to go any harder than that when I ride now. The risk of getting hurt isn’t worth the gain, which is actually $0.00 at this point in my life. So, ride as often as possible, keep negative thoughts out of your head, and don’t push past 90 percent of your max speed, whatever that may be. If your buddy still goes faster, well, good for him. Beating him isn’t worth a broken anything. Have fun and stay safe.