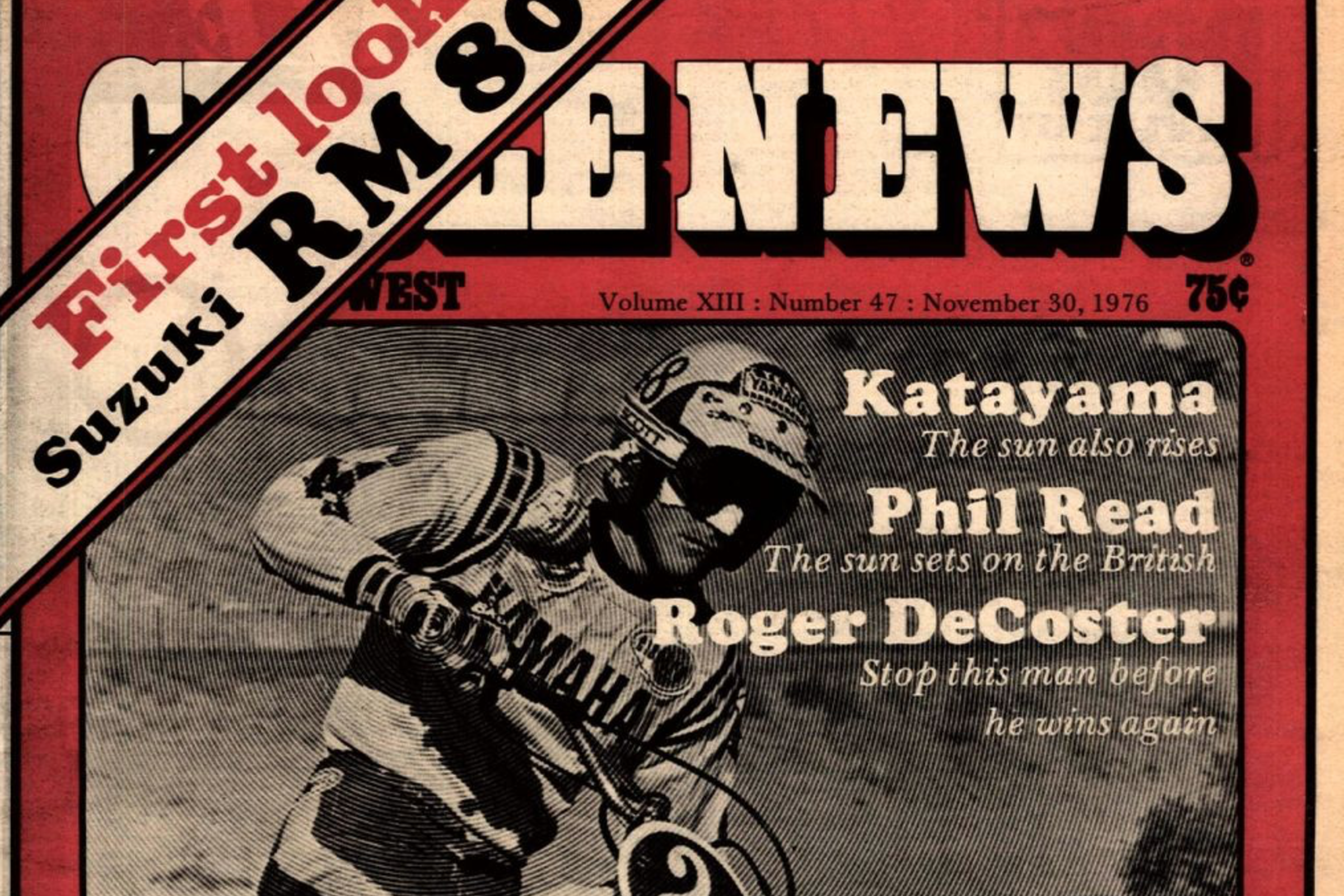 On This Day in Moto November 30

There was something of an open house at Orange County International Raceway on the eve of the 1973 Saddleback Trans-AMA, and the guests of honor were Team Suzuki's Roger DeCoster and Sylvain Geboers. Everyone who came got one of those free paper painter hats to boot!

Sixteen-year-old Broc Glover appeared on the cover of Cycle News after signing his first factory contract with Yamaha. Glover, who rode a DG Racing-backed Honda in the '76 125cc Nationals and finished fifth overall, was asked by the newspaper if signing a factory deal might give him a big head. He replied, "No, because I haven't really done anything yet!"

Broc would go on to win six AMA National Motocross Championships with Yamaha, the most for any rider on a single brand.

The second night of the Paris-Bercy SX in France is won by Damon Bradshaw over Jean-Michel Bayle and Jeff Ward. But the overall winner of the four-night race (yes, they used to run Wednesday and Thursday, break on Friday, race again Saturday and Sunday) with 1-5-3-2 finishes was the veteran Rick Johnson of Team Honda.

Cool note in the Cycle News coverage by Alex Hodgkinson: Multi-time 500cc World Champion David Thorpe of Great Britain was on hand to see his first supercross race and he told Alex, "That was amazing to watch. It also confirmed my decision that I will never race supercross!"

And this race may have been the beginning of the Damon Bradshaw-Jeff Matiasevich feud that would last for much of their careers. Start at the 3:30 mark as the two of them are chasing after French rider Yves Demaria.