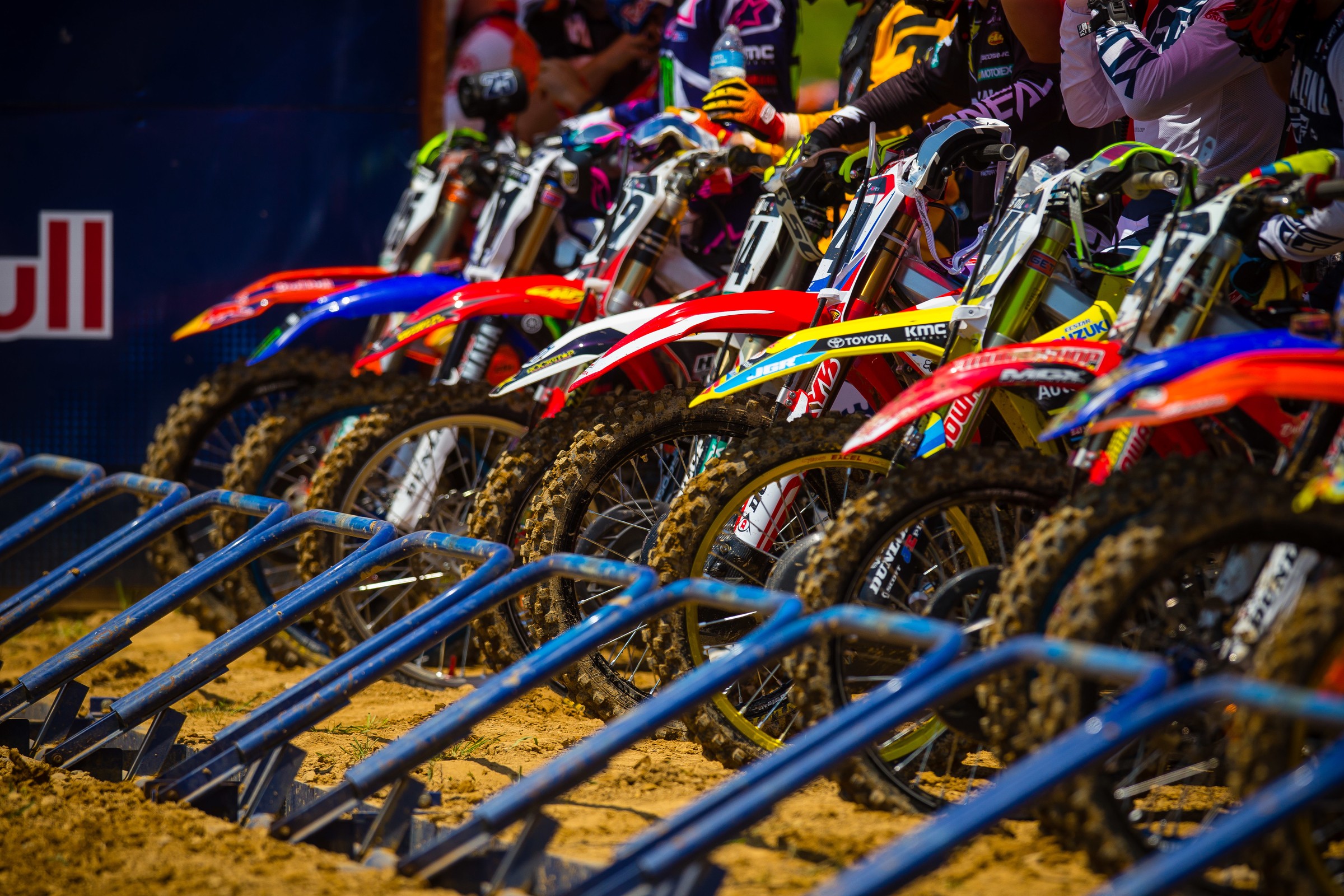 Happy Thanksgiving to you and your family. Today is a day to think about our heritage and history, and to pull ourselves from the daily grind to go back to basics, which is a meal with those who raised us, and those who we are raising.

It’s easy to take those niceties for granted day to day. We might have a tendency to do that here in our favorite sport, too. Many things about dirt bike racing are amazing, but some of the best parts get forgotten because they happen all the time.

Let’s not take it all for granted. Here are things we’re thankful for in this sport.

No one built a sports stadium with motorcycle racing in mind. No one built a motorcycle with the sole intention of competing inside a sports stadium. It’s just a happy, amazing coincidence that the two jell together, and through supercross, we get to enjoy the full spectrum of motorsports greatness. You can see the whole track from any seat, but the track is still big enough and exciting enough to allow for good racing, and not a complete compromise.

Those aren’t even the limits. You can find an even smaller building and go racing supercross or arenacross in tighter confines. Dirt bikes will never be mainstream, but because we can fit in buildings designed for other things, we get to reap the benefits anyway.

Few sports are as global as motocross. Motocross is essentially the same in America, Europe, Africa, Asia, or Australia, and the idea that Jeffrey Herlings can come to the U.S. once a year and compete on relatively even footing would seem impossible in any other motorsport.

You can’t ever really figure out if Lewis Hamilton is better than Jimmie Johnson, because they do two totally different things in F1 and NASCAR. We’re fortunate here.

Bike setup does matter, but forever this sport will be more man than machine, and thus we get to actually compare athletes as competitors instead of spraying pump toward a guy who might have just been on the right team or in the right car at the right time. There is no denying that Herlings, Jason Anderson, or Eli Tomac won championships because they have talent, commitment, worth ethic, and nerve. The bikes help, but it’s never really about the bike.

High end athletics should have a hint of physicality, and we get it here because riders can take things into their own hands if needed. They can also pay someone back if it happens. Rarely does on-track contact result in injuries, and few championships have been won through dirty riding. It’s there, but the limits are self-contained. Being able to get agro at times gives the sport a little extra depth and excitement. Love it or hate it. That’s really the point.

We still live in an age where someone like Dean Wilson, if he’s out of a ride, can spend some of his own money to put together a competitive privateer machine, make mains, and turn heads. He’s already done it before. It can’t be done in many other sports.