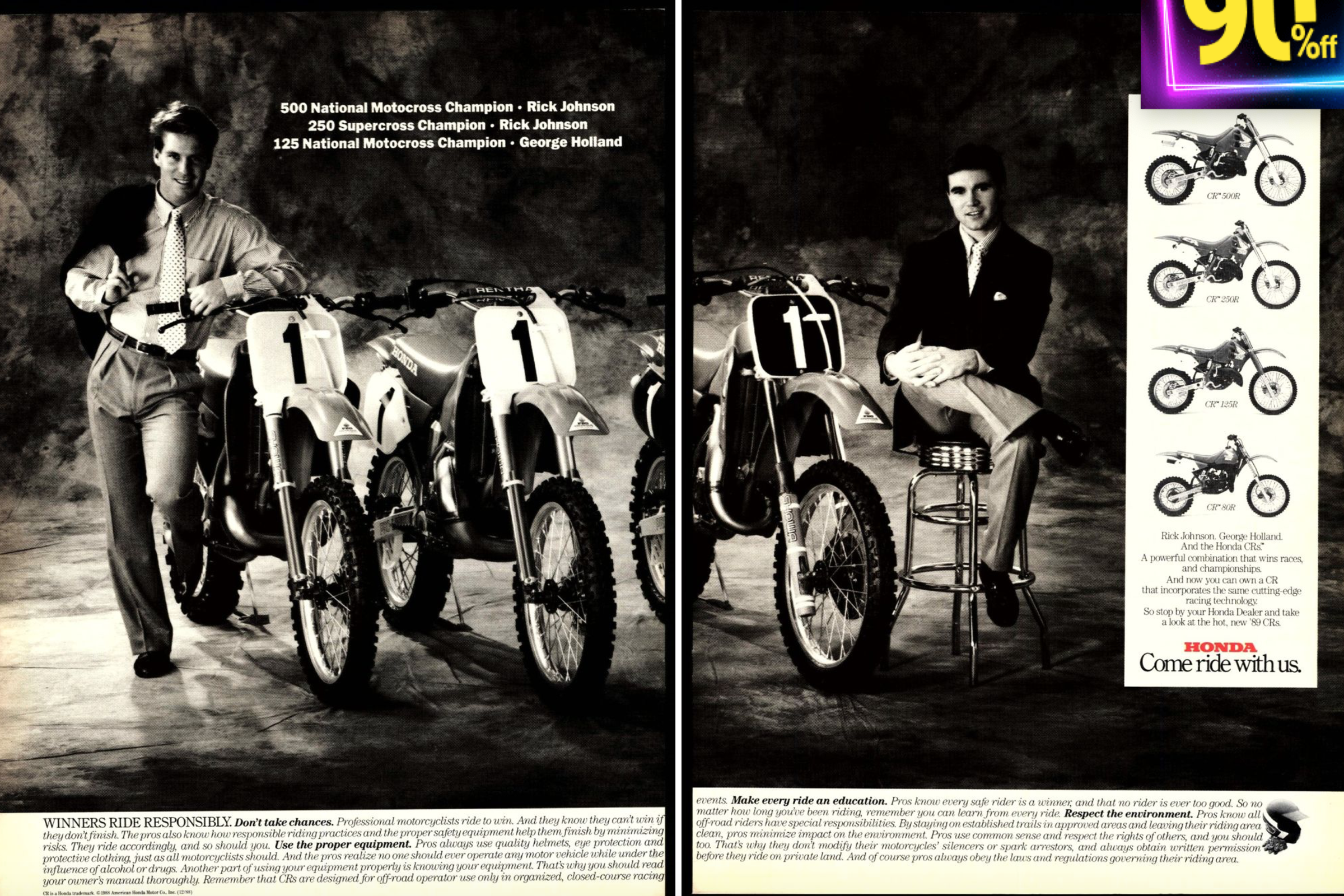 On This Day in Moto November 22

Cycle News did a test of Suzuki's new 1977 RM80 minicycle, which was a do-over after the brand's disastrous TM75, and they got a fast local kid better known as a Honda mini cycle factory rider to check it out, Jeff Ward. He absolutely loved it.

And out in California at Perris Raceway a 250 Pro rider named Jeremy McGrath was battling for the win with Brian Manley.