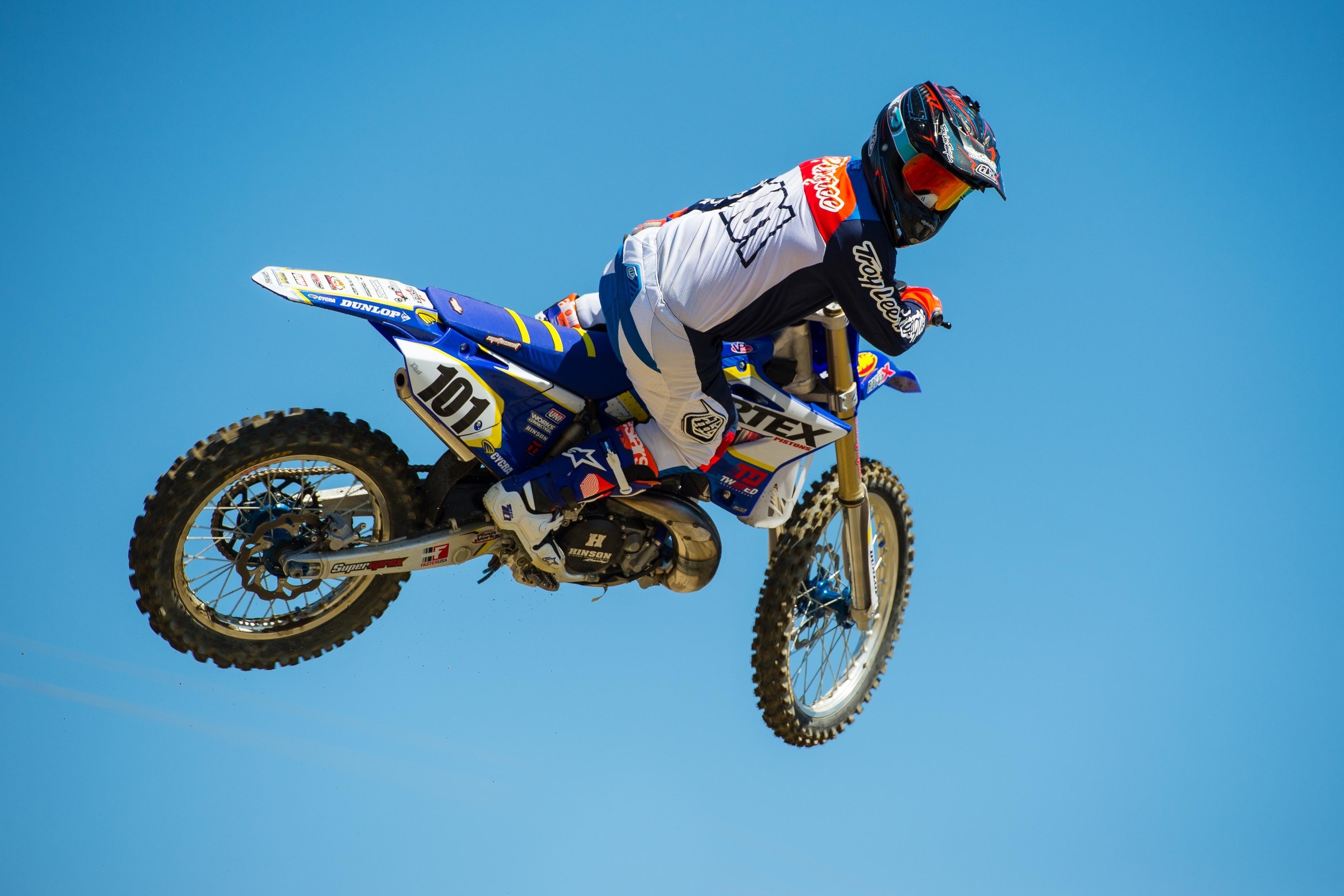 Rumor has it that KTM/Husqvarna thumpers have been the lightest bikes on a showroom floor for quite some time. Reducing heft on the Fab Four Factory bikes seems to be a goal based on their judicious use of unobtanium parts so it would appear to the untrained eye that they recognize lighter-is-better. Since all bikes share a common need for a motor, suspension, frame, wheels, tires, liquids and other assorted items and to the untrained eye they all appear similar, I have a few questions directed at the storehouse of knowledge that resides in your noggin. What secret has KTM discovered to create such lightweight machines? Has anyone removed the various components of the bikes to see what area KTM may be losing the most poundage? For example, is their steel frame lighter than the aluminum frames or maybe it’s their engine design or just a combination of ounces lost by better engineering? Weighting (sic) on your gracious reply…..

At 63, the older I get the faster I was but I’m still having fun in the dirt.

Weight reduction is on the minds of every single motocross manufacturer, with the exception of those knockoff brands you can pick up at Pep Boys. The rub, however, lies in reliability. Sure, you can shave material off the engine, the frame, the spokes, the rims, the triple clamps, and every other part and piece. But if a bike breaks in half while you’re riding it, I can assure you that you won’t care that your freshly split, garbage heap of a bike was ten pounds lighter than a competing brand.

KTM has spent an abundance of time, effort and money to shave material off anything and everything they can to remove weight. The engine cases are lighter, the heads are lighter, the spokes were a smaller diameter at one point, which reduced weight, and the steel frame has always been lighter than the aluminum counterparts on Japanese brands. There isn’t a silver bullet to weight loss; KTM have lost an ounce here and an ounce there over the whole bike, resulting in a much lighter machine.

For whatever reason (likely due to the size and scope of the Japanese corporations), the Japanese brands err on the side of caution when it comes to durability/reliability. They would rather have a bike that weighs a little more but is definitely going to stay in one piece rather than push the envelope, have one break, and be forced to deal with the legal ramifications.

Hope that helped a little bit. Keep having fun in the dirt my friend.

This may be a dead horse that I’m continuing to beat, and I will admit it IS petty but I have to get your thoughts.

What is the deal with riders STILL pulling their hats over their ears? I remember when I first started seeing it years ago, expecting it to be another fad that would taper off (leaving tags on goggles, skateboard shoes, and those alien Oakleys that Bubba wore for some reason), but they are continuing to look MORE ridiculous as each season goes by. Cooper Webb has now done the “hat trick” (see what I did there?) by rocking Rockstar, Monster, and now Red Bull head gear on top of his dome to where he looks like a cat wearing a popcorn bowl on top of his pinhead. So it’s definitely no longer a case of just grabbing a hat from the sponsor and it happens to be too big before he goes to hop on the podium to show off the logos.

Again, I do acknowledge this is petty and honestly not worth griping over. But I’m sitting here with my hat too tight and I’m agitated so I thought I’d come to you for insight and to vent. Everyone should dress themselves how they see fit (Damn, I’m not even trying to make these puns now) but I am still naturally annoyed when I have to see them dressed as cartoon kids trying on dad’s clothes that are too big when they’re supposed to be professional ambassadors to the sport.

Hats off to you,
Uptight Fathead.

Don’t be too hard on yourself for sending in a petty question that we’ve beat up worse than Travis Pastrana’s knees over the years. That is what we do here in this column; two-strokes, tucked ears, and podium speeches are always free game.

Fashion, particularly for men, is dumb. Occasionally the ladies will show up in something that looks ridiculous, but most of the time they seem to figure out what looks good. There are certainly varying degrees of style for women; yoga pants are a gift straight from the heavens. High-waisted jeans, however? Meh, not so much. But what passes for clothing for men these days is embarrassing, and oversized hats are included on this list.

First of all, what latte-sipping dandy decided men would look good in skin-tight pants? I understand we had to have a correction from the massive, stove-pipe cut baggy pants of the 1990s, but we’ve swerved off the road in the other direction. When you have to lie down on the floor and roll around like a crocodile trying to take down a wildebeest in a Serengeti river just to pull your pants on, something has gone terribly wrong. And of all places for this epidemic to have permeated, motocross and country music would be the last two places I would have imagined. And yet, here we are. I’ve seen images of Jeffrey Herlings in pants so tight it looks like they were sprayed on in a paint booth. And you could see the disgust in Chris Stapleton’s eyes as he watched young country artists struggle to walk up the stairs to accept awards in their hot pants at the CMA’s this week.

Thanks for venting your frustrations and letting me do the same in return.

First off…what an honor, even if only through email, to speak with you (seriously). I have been a fan for many years…. Watched with horror in 2002 as that front end decided it was time to exit stage right.

Thank you for your service as an MX idol, firefighter, paramedic and actor. (IMDB: David Pingree is an actor, known for Supercross (2005)).

Anyhoo… Here is my question- (knowing full well I will be forever immortalized in the comments section– hopefully in a good way- based on your response):

Watching the Nationals, whenever there is a mudder, I notice not much jumping going on….and that’s understandable. So, why don’t the factories lower their bikes to give an advantage to riders negotiating deep mud? I would think 3 inches of travel vs 12 plus inches would suffice for the obstacles and whatever air they might happen to get on a muddy track like Ironman in 2018. Although it would impact the little bit of jumping or hitting whoops on a muddy track, seems like it would give a big advantage in better cornering and negotiating straights with deep mud ruts. Am I just another amateur know nothing who hates riding in mud? (I can take it)….

With all due respect, and remember, I’m saying with ALL DUE RESPECT, that idea ain’t worth a velvet painting of a whale and a dolphin gettin’ it on. Ricky Bobby quotes aside, I think you are off base here, buddy. I understand that riders aren’t jumping much but getting lower to the ground on a track that is a soupy, rutted mess isn’t a good thing. That means that every sloppy section, every puddle, and every rut you are going to be plowing through it with your feet and catching your pegs on everything. Teams will typically stiffen their suspension significantly because of the additional weight that the mud adds in order to keep the ride height normal.

Your idea is absolutely phenomenal for TT, Supermoto and flat track racing (they already do this) and if you had suggested one of those disciplines I would have praised you for your brilliant engineering mind, even though it is already common practice on those machines.

I’ll tell you what, let’s do a little experiment. You have your suspension lowered and try this theory in the next big mud race you have. I, in turn, will promise to print and respond to your next email as well to hear how it goes.

Oh, and you can still purchase Supercross: The Movie at Walmart bargain bins near you. I still get royalties so let’s make it happen, folks.