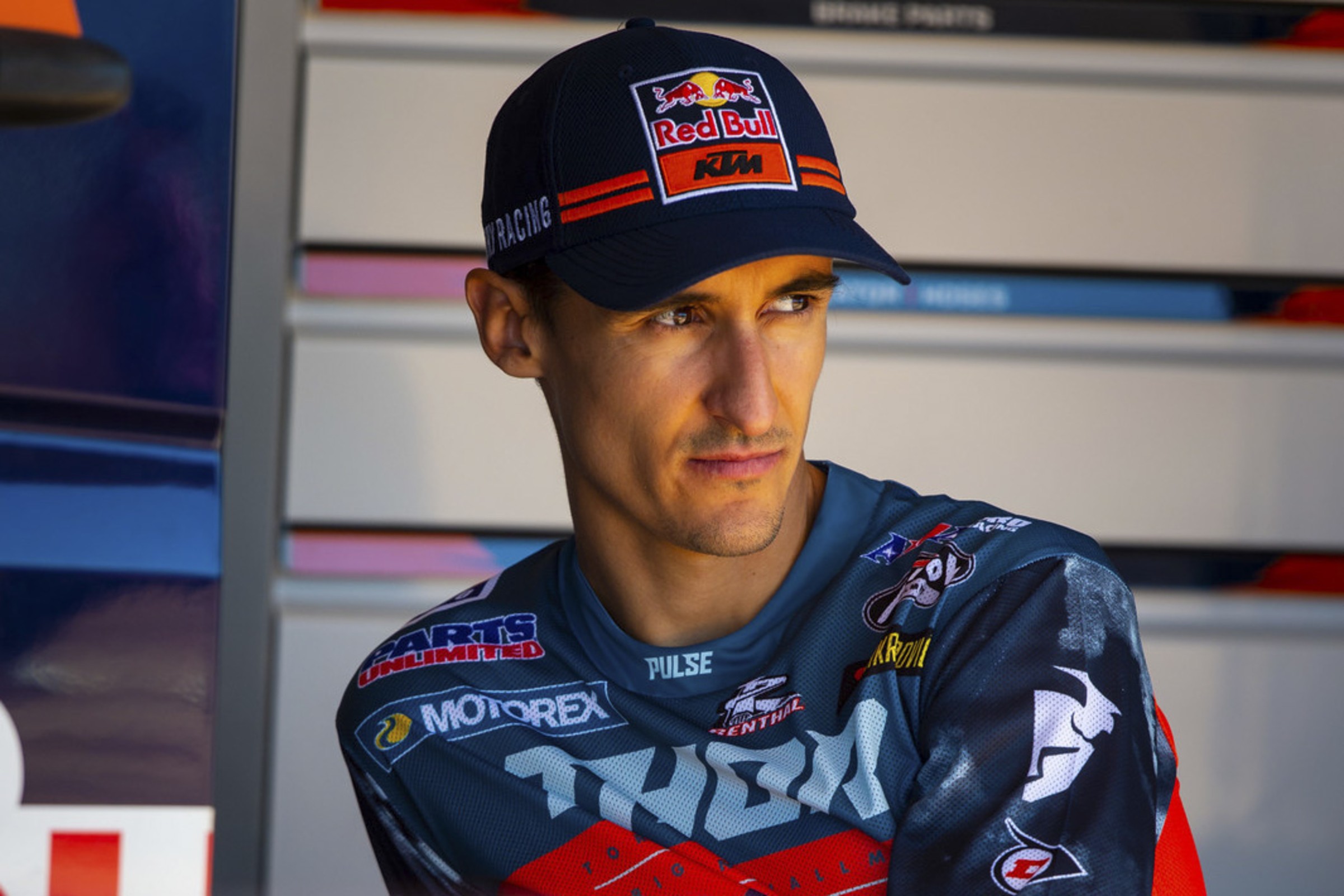 This was like two-tiered breaking news. Marvin Musquin dropped from this weekend’s Paris Supercross due to a knee injury, a sad blow for the event since Marvin is a native Frenchman, and the two-time defending King of Paris winner. But any off-season news is really just a measurement for how things will go in the future—when the races count for points and titles. Marvin is out for this weekend, but what about the ones in January?

After contracting a meniscus injury while training my last laps before to go to Paris for the Supercross, I have no other choice than canceling my participation to @supercross_de_paris ! It’s such a disappointment, I was so excited for this event, and to see you all! I’ve met with my surgeon, Dr Galaud and he has forced me to do some specific intensive rehab and strengthening on my knee for a little bit, off the bike, in order to be 100% in shape for Anaheim 1.

We talked to Marvin’s trainer Aldon Baker on Wednesday night and he says the injury isn’t that serious. Marvin has a knee without a PCL in it, so sometimes it gets knocked around. There wasn’t even a crash involved with this injury, just the bike bouncing around enough to tweak the knee. Baker says it’s not a long-term injury that will hurt him by Anaheim. Racing Paris with a tweaked knee, though, could put him at risk for worse injury, and teams don’t take risks like that in the off-season.

Baker is disappointed only because Marvin was showing good form this off-season. Musquin has been taking some riding lessons with eight-time premiere class supercross race winner—and fellow Frenchman—David Vuillemin and it has been a good fit. We’ve never really seen a rider training with Baker also have a riding coach, and Aldon himself admits he wasn’t sure how it would go when it started. He’s happy with it now.

“He’s helping him work on some of the weaknesses that he has, and that’s good because I never raced, and even though I’ve been around this 18 or 19 years and I’ve seen a lot of things, I can see when I tell the guys something about riding, they get that little glint in their eye,” said Baker, knowing the riders would rather hear it from a former pro.

“What I really like about him is he doesn’t let the rider have any excuses,” Baker continues. “And I love that. Don’t blame the bike here, don’t blame the track being blown out there. He’s been there when they didn’t water the tracks at all! Its’ kind of cool—he reminds them they have some positive and good stuff about doing their job these days. I’m happy with that and I hope it translates and it’s a benefit. I’m happy with it, and it also offers a fresh set of eyes maybe in areas we don’t always see.”

Further, Baker thinks a little conversation in French between Musquin and Vuillemin allows them to explain things to each other better.

No one has a timetable yet on when Musquin will be back on a motorcycle, but it appears everyone in confident he’ll be ready to go for Anaheim 1.