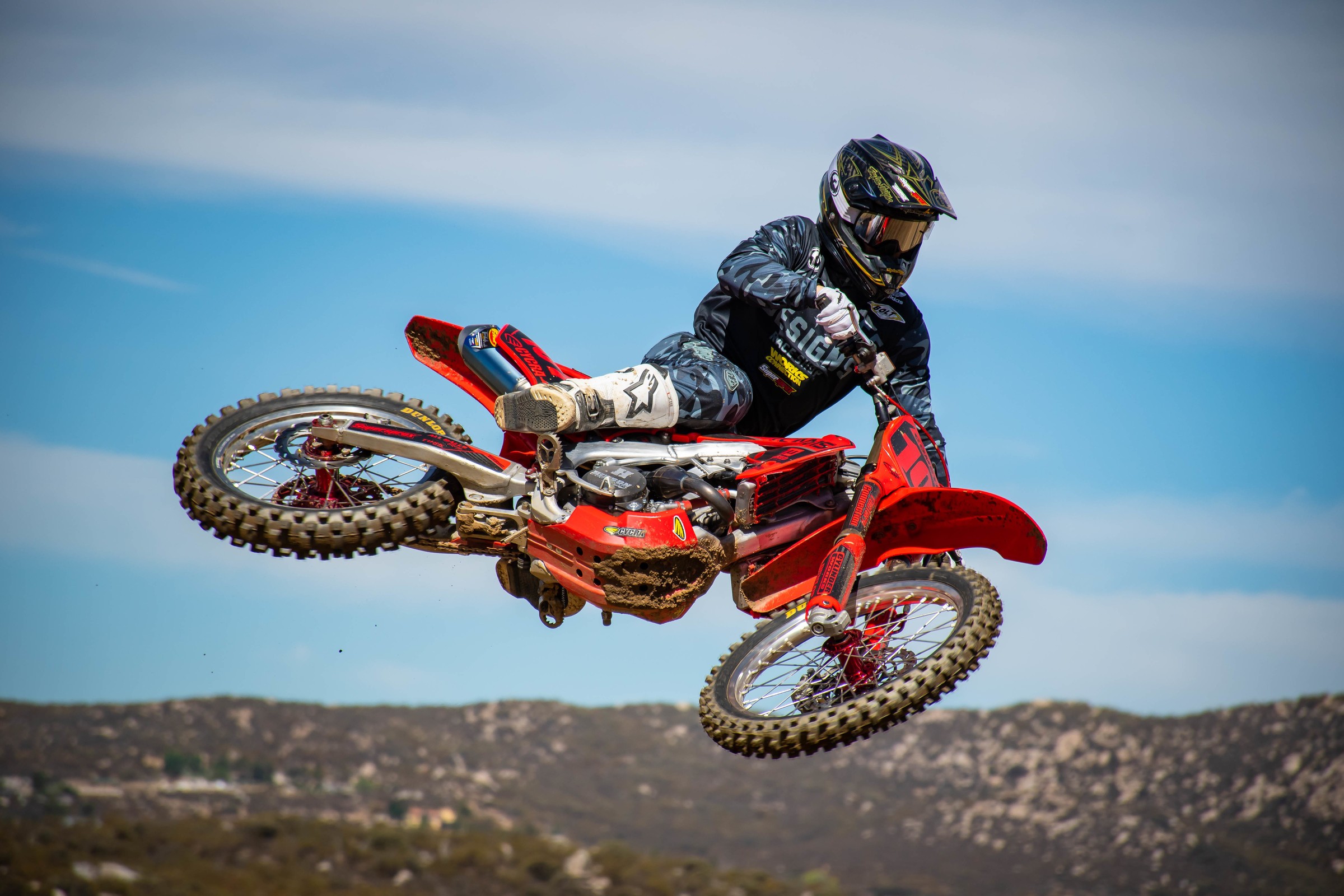 After many years attending supercross events, I’m wondering if the selection of shirts, hats, and other souvenirs will ever get better. I’m guessing that sales are restricted, leaving one vendor to decide on all designs and offerings. If that’s true, the lack of competition leaves fans with a poor selection. The Lucas Oil Motocross series seems to do a much better job from that aspect. Any ideas on how to convince Feld that change is needed?

Also, let me know where I could find any available VIP tickets to the MXoN! Teams USA (and Puerto Rico) could always use a few more fans at the race.

Feld is squeezing the puppy a little too tight when it comes to merchandise at the races. Plenty of race teams have inquired about selling merch at the races and they are promptly shut down. Some riders are approached about selling their shirts at the races and splitting the profits with Feld. Still, I don’t know if they have control over those designs. I think anybody with any understanding of the sport agrees with you about the shirts you can buy at the stadiums—you’d think a company as distinguished as Feld could either hire a designer that has completed a basic graphic design course or allow industry companies in on the action in trade for designs that fans will actually want to buy. I don’t have the answer on VIP passes for RedBud, but get out there and support the red, white, and blue! Both of them!

Forgive me for my first weak email, I just got out of an overnight shift and have been up for 36 hours. Anyhow, I love your column and can't think of a better way to start off the weekend (obligatory brown-nosing statement—check.) My question is about the bikes for the "des Nations" since our riders are limited by the production rule over here and the Euros aren't and can use more trick parts. Are the American riders at any disadvantage because of this, like comparing a privateer’s bike to Eli Tomac’s factory works Kawasaki, or do American teams build a one-off bike for this race to level the playing field? (Serious question—check.)

For the record, the brown-nosing that goes on is completely unsolicited and absolutely unnecessary. I appreciate it, but I’m really just looking for good questions, and yours meets that requirement. We implemented the production rule in the U.S. in 1986 while the factories continued to build exotic machines for the GPs a while longer. These days there isn’t nearly as much involvement from the manufacturers over there, and while they don’t have the same regulations we do, they don’t have the hand-built works of art that they did in the eighties. They are able to make tweaks to the swingarm and frame that can be better, but the U.S. teams do a good job of making the production stuff work really well. Occasionally, our teams will add a trick part that isn’t legal in AMA competition, but it’s more of a novelty than a performance-enhancing part, i.e., aluminum tank, carbon airbox/subframe, etc. I’ll say this: If our guys lose, it won’t have anything to do with the machines they are riding. If anything, the setup that the GP riders use will need to be adjusted for the deep dirt and massive bumps that will line the RedBud course. We have the home court advantage this year. No excuses.

First off, let me butter you up and thank you for your dangerous work during the all of these wild fires. My question for you: How long does production suspension take to catch up with works suspension? For example, how would the factory stuff on, say, K-Dub’s 2005 Honda, or even MC’s ‘96 Honda, compare to, say, the 2018 production stuff? I know the suspension evolves every year (except WP 4CS crap), but would five- to ten-year-old works suspension still be much better that that of current production stuff that comes equipped on showroom bikes?

Also, speaking of the 4CS forks, I’m an owner of a 2015.5 KTM 250SX-F Factory Edition, and after revalve after revalve, I finally stepped up to the WP Cone Valve and Trax Shock earlier this year. After fighting severe arm pump for two years, trying every supplement known, talking to a priest about getting an exorcism, and being just short of performing my own arm pump surgery on myself, I finally realized it was the forks on this bike that were beating me into submission. Did KTM actually test this stuff before putting it on their bikes? How does suspension that bad actually pass on to production?

Keep up the great work.

That’s a tough question to answer, because the parts inside works suspension are made of better materials and machined with tighter clearances than anything that will likely ever see production. However, the Showa suspension that comes on the Kawasaki and Honda this year, as well as the KYB parts on the Yamahas, would probably perform as well as works stuff from about 15-20 years ago, if I had to guess. There is a caveat, however, and that is setup. You could pull the suspension straight off Tomac’s Kawasaki and bolt it on your bike, and my guess is you’d never be more disappointed. A massive part of what makes factory suspension so good is the setup. Tuners spend hours and hours chasing valving, preload, triple clamps, fork height, linkage, and every other possible factor to make riders happy. And each set is set up for that individual specifically. The first time I jumped on a factory bike, I thought I was going to glide across the bumps without feeling a thing... I was wrong. Even at similar weights, I was totally unimpressed with the way that bike handled, but the other rider loved it. (Not naming names because I don’t want to get him in trouble.)

The 4CS fork was awful, and I don’t think you’ll get much pushback from anybody on that. Sorry you wasted all that money on magic pills as well. The fork is such an important part of the way a bike feels and works that I’m astonished that fork made production. I’m just as astonished that air forks made their way onto every bike as well for a few miserable years. Remember that early eighties Kawasaki that incorporated the rear fender into the side plates? The Yamaha that had the radiator behind the front number plate? The Cannondale? The 4CS will live in infamy and make future list of ideas that didn’t work out.