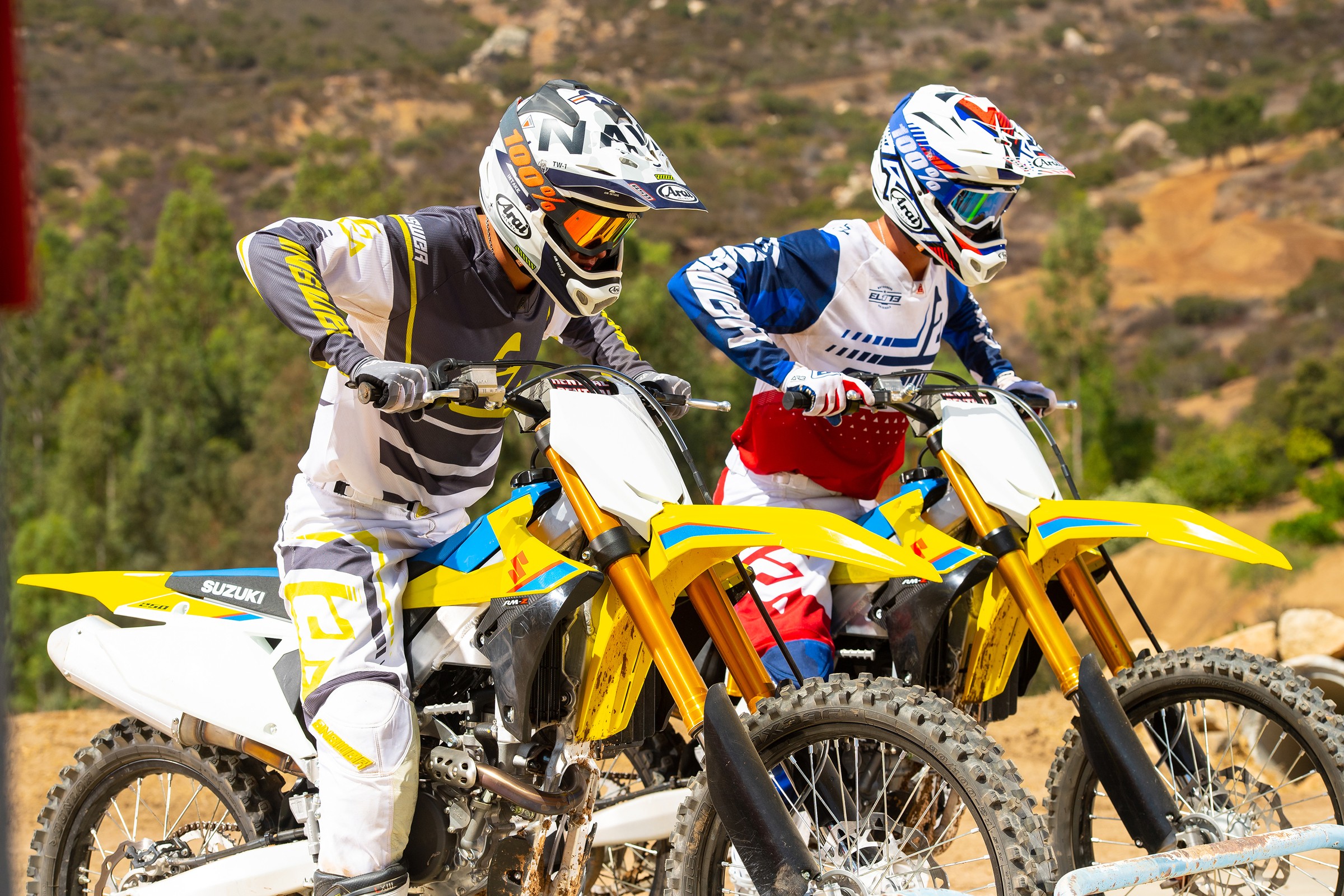 Suzuki’s line of RM-Z motocross bikes has taken some heat for being long in the tooth. While the bikes have gone through some changes over the years, up until 2018, neither the 450 nor 250 had gone through a full redesign in a while. It didn’t help that the bikes were carrying basically the same plastic for a decade—it furthered the impression that the bikes were out of date.

In 2018, though, the look finally changed as the RM-Z450 finally received a visible redesign, complete with a new frame and new suspension components. Now the RM-Z250 is up for a redo in 2019, but while we saw images of the bike earlier this summer, Suzuki said it would not release technical information on the bike until September. Well, September is here, and with it we have to data on the bike. We should have riding impressions soon, too, as we’ve sent Jason Thomas to Japan this week to attend Suzuki’s media launch for the new bike.

As for the data, yes, this RM-Z250 gets a new frame, suspension, and bodywork that matches up to what we saw on the new 450 last year. Highlights include a lighter frame and swingarm, slimmer bodywork, and the old air fork has been tossed for a new KYB coil spring fork.

But this is the 250 class, so the main thing everyone cares about is the engine—especially with the Suzuki, which was a great handling bike but had begun to fall behind performance-wise (Suzuki says it changed 80 parts on this engine back in 2016, but the aim there was more for durability than power gains, so a horsepower boost was certainly in order). The 2019 engine isn’t completely new, but the cylinder head has been redesigned with a new intake port shape and finish and a new dual fuel-injector setup. The primary fuel injector is at the bottom of the throttle body, and the secondary injector is positioned in the air cleaner inlet duct so the fuel and air have more time to mix and cool before entering the engine. Also, the air-cleaner opening is 30 percent larger.

So the engine has definitely gone through some changes, but are they enough to catch the ever-expanding horsepower numbers at the head of the 250F class? We know the Autotrader/Yoshimura Suzuki team has been testing the bike since August and has new recruit Alex Martin hopping on the bike for testing this week. We’ll know more once our man JT gets to ride a bike in Japan.

For too long, Suzuki had made some bike changes that were masked with the same old look. Now, the bike has clearly been redesigned, so the question flips: Are the improvements as drastic as they look?

One other note here: Suzuki’s press info says the new bike will not actually hit dealerships until February. We suspect this is partly due to a production switch to a new factory in Japan. In the meantime, here’s a list of Suzuki’s key new advancements for the 2019 RM-Z250.