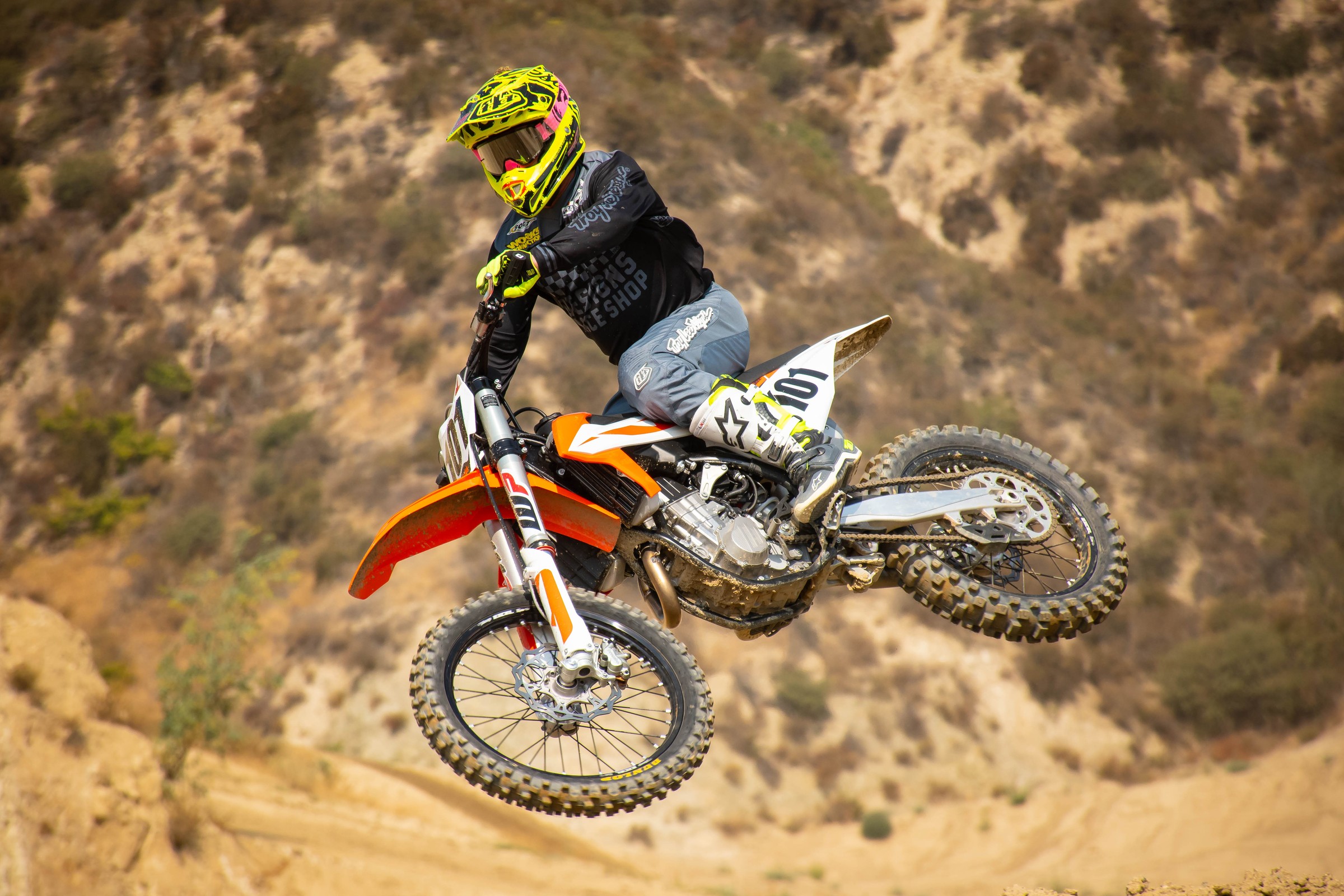 You are obviously much more in the know than any of us civilians, so please weigh in on the following: WHAT THE HELL IS TEAM FRANCE THINKING!? Sorry for yelling, but good grief. I am admittedly not on “Team MM25,” but why in the world is MM25 not on Team France? Are there politics at play that aren’t apparent? Is Marvin being punished for making the French look softer than normal by wearing kitten-themed gear? Please advise.

If I’m playing devil’s advocate, I can understand why they went with riders who have stepped up to the plate and represented France over the past several years. They’ve had a good run and the boys they picked have done a good job for them. Marvin Musquin has declined multiple times at the recommendation of Aldon Baker. After all, his racing results during the season are what pays his bills, not a one-off race in Europe. Now that the event is here on American soil, it makes it much easier for U.S.-based riders to compete without losing too much recovery or pre-season prep time. Remember that the GP riders don’t have a supercross season to worry about, so they get a much longer break than the two weeks that most American riders take. The manager at your local McDonald’s probably gets more than two weeks off each year. Still, if I’m a French guy, I want the very best riders to represent my country, and that absolutely includes Marvin Musquin.

As far as riding gear, I don’t think even kitty cat gear can further soften the French. To say they’re as soft as baby shit is an insult to loaded diapers everywhere.

I think your column is great. I don’t want to waste too much time because I am not nearly as important as somebody’s house or business. My question is about the difference between the bikes that the USA guys ride versus the MXGP guys. Is Herlings’ the same as Marvin Musquin’s or Blake Baggett’s, or are the rules different?

Thanks for reading! The rules for the GPs are very different than ours here in the U.S. Back in 1986, we introduced a production rule that requires teams to use stock frames and subframes, among other parts. The spirit of the rule is to keep the playing field as level as possible for privateers. The GPs are still able to make whatever changes they want and run “works” bikes if they choose. They also allow teams to take two bikes through tech inspection in case one breaks—we don’t. They have different sound limits and fuel specs they have to adhere to as well. I believe the differences have shrunk over the years, but they are still a bit different. If you get a chance to go to the MXoN at RedBud, try to check out the bikes up close. The GP factory teams have some pretty trick parts on their bikes.

Good to see you’re still riding as often as you can. Wish I could, but life’s demands often seem to get in the way. My question is, what’s up with the California riders anymore? I looked at the top ten for the 250s and there is no one from California. The 450s have two guys from Cali. In contrast, there are three from New York alone.

Stan Bruzgulis (not from California or New York)

Work has a way of screwing up all our fun, doesn’t it? The exodus from California has been a slow one, but it all started with Ricky Carmichael. When the greatest racer of all time touts his Southeast compound as a big component of his success, you can be sure others are going to follow suit. The dirt is better for supercross and motocross tracks, the weather is hotter and more humid than what you race in during the nationals, and land is cheap and there is still plenty of it. Conversely, California is a dry hell-hole that has turned all the open land that used to be riding areas into housing tracts, concrete tilt-ups, and strip malls with the donut shop/nail salon/Chinese food trifecta.

There are still fast kids coming out of California; they just move back east when they drop out of school in the seventh grade and list their new digs back east as their hometown. But your point is valid; there are more East Coast riders doing well right now than ever. Only Baggett and Weston Peick in the 450 Class hail from the Golden State. And the 250 Class is a mixed bag, with only one state claiming two spots in the top ten… North Carolina. The primary difference is that back before the internet shrunk our world down to the size of an iPhone, you had to live in California to be seen by race teams. Now you can just post a video of you doing your thing on YouTube like Justin Bieber did, and before you can say “Scooter Braun,” you have factory teams hitting you up about testing one of their bikes. Strange times we live in, but good if you live in a rural area.

Thanks for the note—now I’m going to spend the next couple hours trying to figure out how to pronounce your last name. Send help.