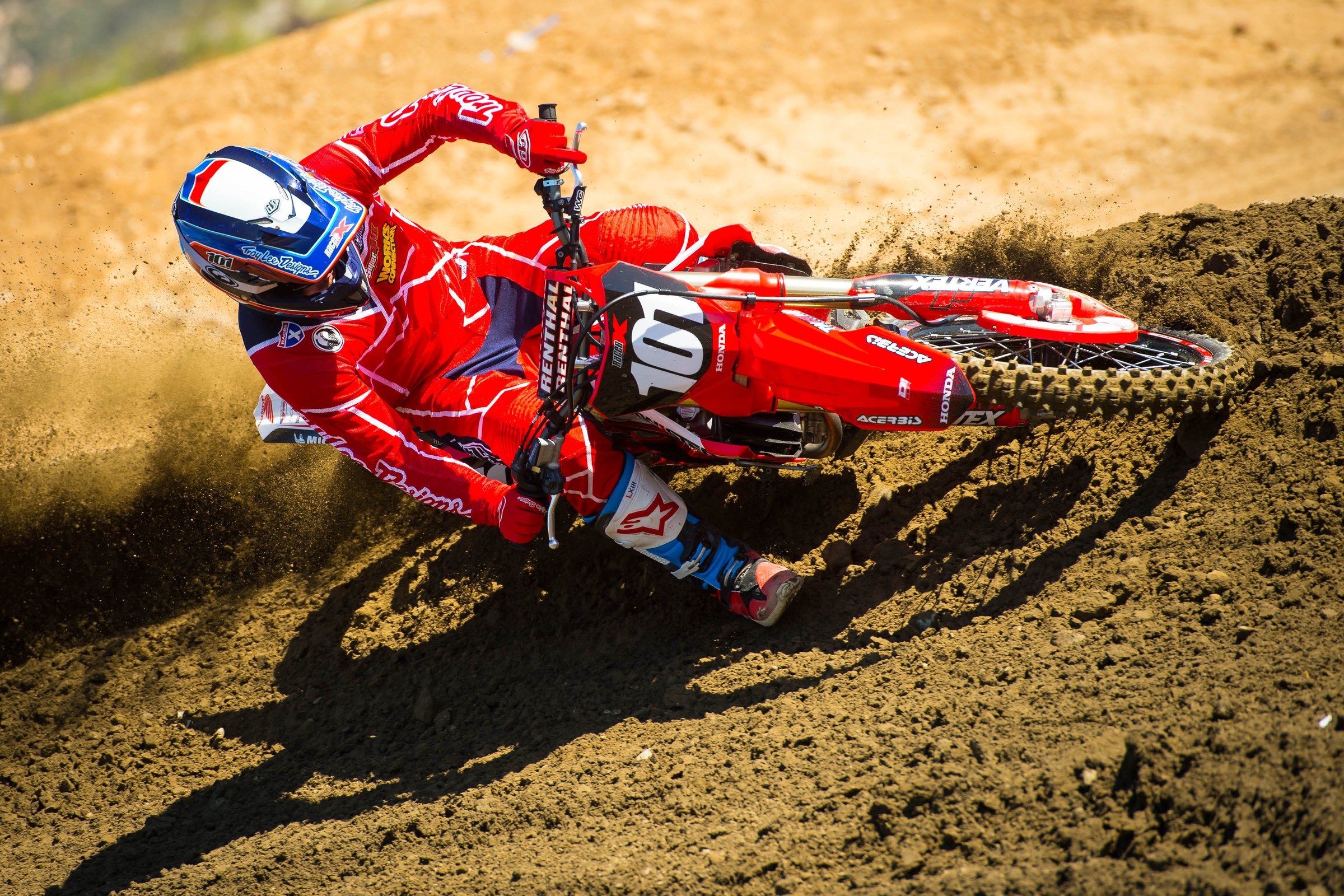 While dropping a deuce, I came up with a great idea for us 125 faithful. I just listened to the Mitch Payton podcast and he spoke of shortening the outdoor schedule. What if it was kept to 12 rounds, but had four 250/450 races, four 125/250 races, and four 125/450 races? Each class would race eight rounds for the championship. It fits the current TV schedule, every team gets exposure at every race in the pits and on the track, and, best of all, it brings back a 125cc National Championship. It might be the shot in the arm MX needs to get more people interested. Why not try something different?  Could MX Sports do this if they wanted to? This could revive local racing and help everyone involved from local shops, to hop up shops, and everyone in between.

Lord knows we couldn’t go another week without a two-stroke question, so let’s get into it. This is actually the best idea I’ve heard in terms of big changes that include two-strokes. This would also lessen the number of races that riders would have to commit to without getting rid of outdoor rounds. But while you’re enjoying a nice sail on the water, let me get my shotgun and shoot some holes in your boat.

How do you split up the races? The four rounds that don’t include 450s are going to lose some serious star power. Are fans still going to come out if there is no Tomac, Musquin, Roczen, Barcia, etc.? I have to believe the numbers would dip, and no track owner is going to volunteer for that. You still have the hurdle of getting manufacturers on board. Honda, Suzuki and Kawasaki have no interest in supporting a series with two-strokes because they don’t sell them. Push something like this too hard and it could spell big trouble for the sport in terms of OEM backing. This is also a tough sell, logistically, because teams that want to compete in all three classes would have to carry extra bikes and staff for a third class. Start bailing, my friend, because your idea is taking on water. Interesting idea… but probably not realistic.

It typically doesn’t make sense to switch bikes late in a season. Teams have spent so much time getting the current bikes sorted out that it would be a step backwards to jump onto a bike that has yet to be developed. Occasionally the new bikes will be much better in an area, like the chassis, and teams will rush it through the homologation process to be able to race it late in the summer. I remember that exact thing happening with Yamaha years back when Grant Langston was racing for them. However, that isn’t the norm, and teams will usually ride out the series on the bike they’re comfortable with. I wouldn’t expect to see many 2019 bikes until Monster Energy Cup.

If I told you the latest fashion trends were just released and so far I’ve seen cats, sharks, neon colors, and lots of flowers, what bizarre world would you think I was living in? I can’t tell if motocross is a trend-setting sport in terms of fashion, or if our collective pool of designers is more like a mud puddle than an actual pool. Can you give some insight into how some of these designs make it into production?

I’d like to be able to tell you that you’ve got old man syndrome and you’re probably out in your front yard shouting at kids to stay off your lawn; that’s what I do most Friday evenings, anyway. But there have been some eyebrow-raising prints over the years that suggest, at the very least, that we like to push the fashion envelope in our sport. Zebra print, Dalmatian spots, barbed wire, polka dots, kitty cats, and sharks don’t sound like things I’d be caught dead in, unless I was wearing something ironically.

But let’s just be real with each other: Kids are putty-headed boogar-eaters, and the line between what’s cool to wear and what isn’t have been blurred like the video clip of Janet Jackson’s nipple slip during the Super Bowl half-time show. Guys are wearing pants that look like woman’s leggings, girls are wearing jeans with waistbands up above their belly buttons, and Crocs just released a platform shoe so you can stand a little taller as people walk by and make fun of your footwear. If you look around, it isn’t just our little world that has gone fashion-mad, it’s the entire planet.

I can’t speak for every brand, but I have gotten a look behind the curtain at Troy Lee Designs and been privy to the design process there. Maki, Troy, and the entire design team come up with ideas that range from simple and clean to things that Dennis Rodman would wear on a trip to North Korea while high on hallucinogens. They have realized that one style isn’t going to be for everybody, so they design across a spectrum from “mild to wild,” as they like to say. The good news is that most brands do offer something that is clean and simple for the “distinguished” motocross racer, or old farts like you and me. And if you find yourself having a bit of a mid-life crisis and you need to feel young again, well, at least neon flower-print riding gear costs less than a Porsche.