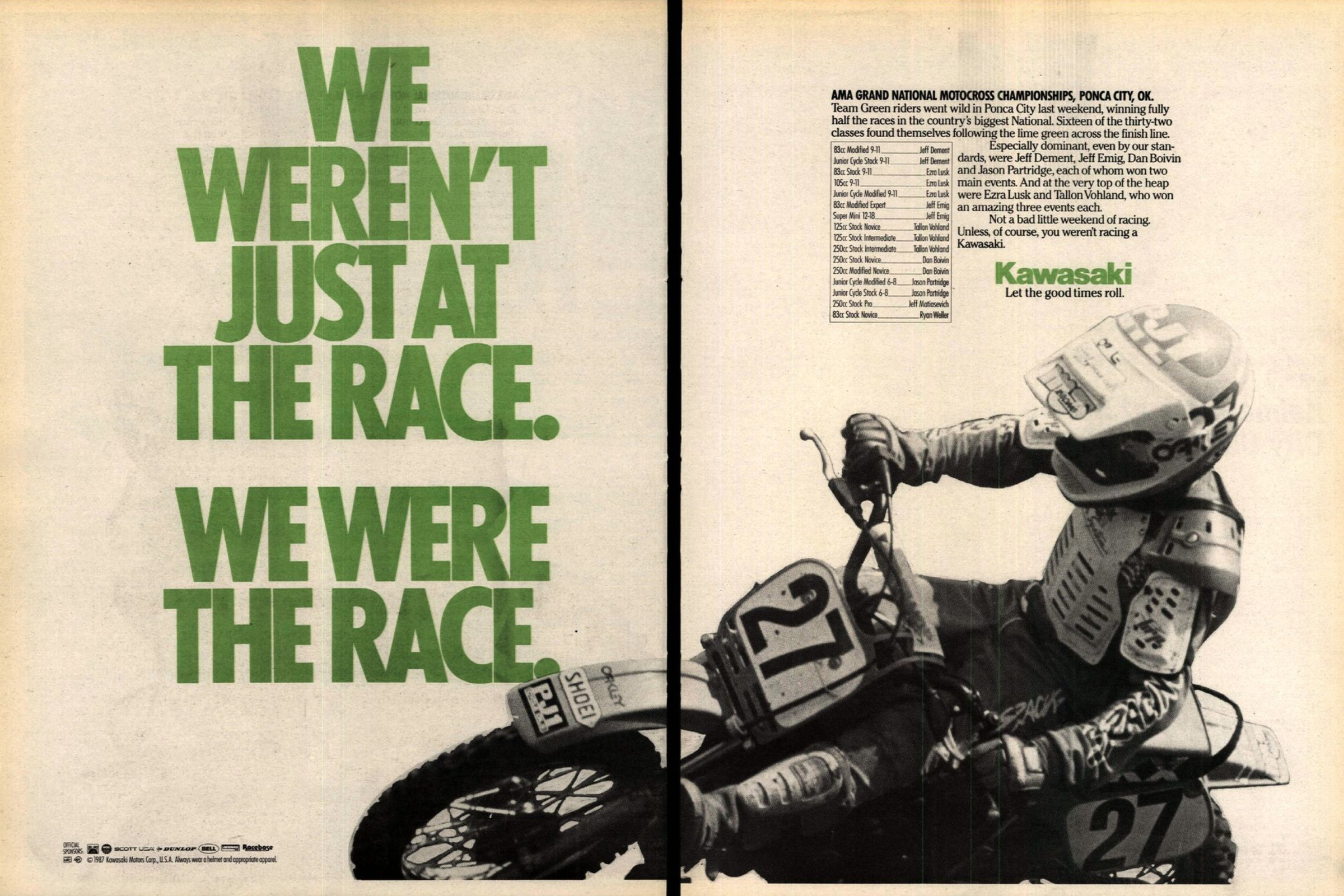 On This Day in Moto August 9

The 1994 Loretta Lynn's AMA Amateur National Motocross Championship began with a big controversy: the Cobra. The amazing junior minicycle built in Bud Maimone's garage in Ohio was about to make the Yamaha YZingers shaft-drive bikes obsolete (at least until another, smaller class was carved out for them). The major rub about the bike was the fact that there was supposed to be a certain amount available, according to the AMA's homologation rule, and it seemed like they weren't out there for most of the public. Maimone argued that they were out there—and the market would soon be filled with them—but in 1994 at Loretta Lynn's, only four showed up, and one of them was in the very capable hands of Brett Maimone, Bud's son. He would finish 1-4-2 aboard the little yellow bike, winning the overall.

But the controversy in this class was not limited to Cobra. A fast little Yamaha rider from Florida was disqualified from the first moto after it was discovered that his mandatory kill switch had been disconnected and the bike did not shut off whenever he got off of it. He was protested and subsequently DQ'd from the first moto, but he came back and won the second and third motos. Still, it wasn't enough to successfully defend the title he had won the year before. Did we mention that the kid's name was James Stewart?

The biggest star of that week was Kevin Windham, a Kawasaki Team Green pro-am rider who had already made his professional debut and nearly won a moto at the High Point 125 National. Windham was untouchable at the Ranch and won all six of his motos while on an 18-moto winning streak that covered his last three visits to the Ranch as a racer.

Here is footage from Germany of the '81 Luxembourg 500cc Grand Prix.

Check out this screen grab from the video of the drawbridge on the track!

Kenworthy's in Ohio hosted a combined 125/500 National, and Team Honda's Rick Johnson took the win in the 500 Class, with Kawasaki's Mike Fisher finishing a career-best second overall and his teammate Ron Lechien third.

In Luxembourg, privateer Honda rider Georges Jobe captured the '87 FIM 500cc Motocross World Championship with 5-4 finishes, earning his third career world title. His win was the first for a privateer in the 500cc GP series since Bill Nilsson won the very first title back in 1957 aboard an AJS. KTM's Kees Van der Ven was the overall winner of that last round at Ettlebruck.

And down in Argentina, at the second-to-last round of the 250cc Motocross World Championship, another Belgian Honda rider, Eric Geboers, cinched the crown, the first 250cc world title for Honda. Unlike Jobe, Geboers was a full-factory rider.

South Africa-born, Britain-based Honda rider Rob Herring won the 250cc Grand Prix of Finland with 2-1-6 finishes in the three-moto format. Americans Donny Schmit and Bob Moore, teammates at Chesterfield Yamaha, would have off-days at the second-to-last GP of the year, but Schmit had already clinched the title and Moore would finish second.

At the 250cc Grand Prix of Germany, Honda-backed Stefan Everts went 1-1 to better his nemesis and title rival Sebastien Tortelli's 2-2. The two riders would take the title fight down to the very last round in Greece in September.

At the Unadilla National, Red Bull KTM's Ryan Dungey won the 450 Class with 1-2 finishes, bettering the 4-1 of Team Honda's Trey Canard and the 3-3 of GEICO Honda's Eli Tomac. The 250 Class was won by Christophe Pourcel, who went 1-2 on the Valli Yamaha—good enough to beat Star Racing Yamaha's Jeremy Martin and Red Bull KTM's Marvin Musquin.