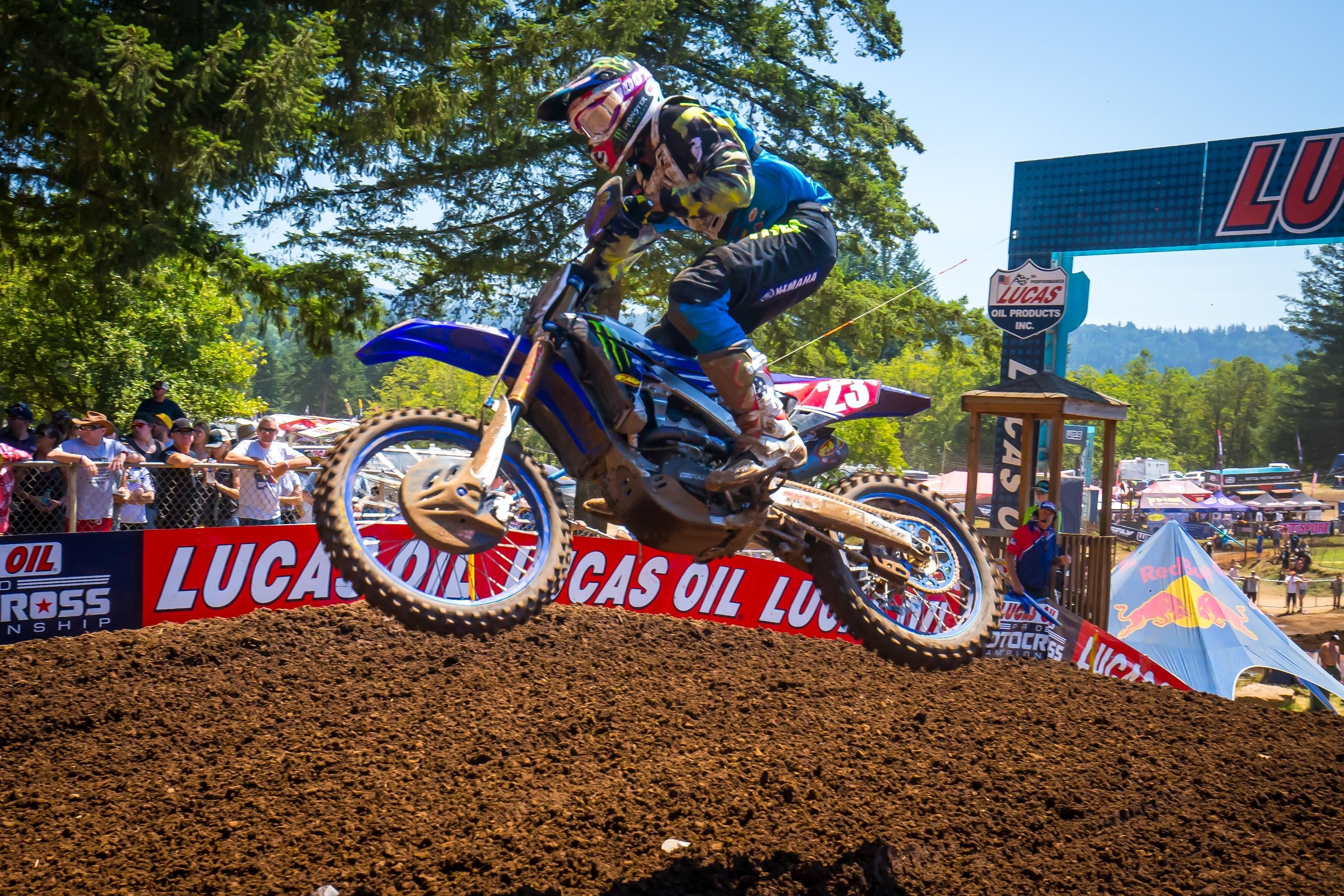 Joey Savatgy probably wasn’t thrilled to follow up his first-moto win at Washougal with a ninth in the second, but considering how badly things have gone for him this season, winning a moto and earning a podium (he was third overall) was probably a huge relief. He’s got to be feeling good coming into Unadilla, too, where he won his very first national in 2015. Will he get back on the box, or will the black cloud that’s been following him around all season be back? ­—Aaron Hansel

If Shane McElrath keeps a list of accomplishments he’s reaching for, he’s checked off a couple of big ones this season—winning an overall and winning a moto. He won his—and the Troy Lee Designs/Red Bull KTM team’s—first overall at Muddy Creek and won his first moto two weeks ago at Washougal. Interestingly enough, he didn’t win a moto when he took the overall at Muddy Creek, and he didn’t take the overall when he won a moto at Washougal. We’ll see if he can do both on the same day at Unadilla. —Hansel

Justin Cooper made his pro debut one year ago at Unadilla, and boy, did he make an impression. After notching a very respectable 12th in the first moto, he went out and took second in the final moto. He ended up fifth overall, which is a great result no matter who you are, but when it’s your very first pro race, it’s incredible. We’ll see how he does when he returns to Unadilla this weekend. —Hansel

Ever wondered how a five-time GNCC Champion would do in a pro national? Of course you have, and this weekend you’ll find out when Kailub Russell lines up at Unadilla. Russell, who is filling in at Red Bull KTM for the last three rounds, has never raced Lucas Oil Pro Motocross before, so odds are he won’t be setting the world on fire out there. Then again, he is one of the gnarliest GNCC racers of all time, so you never know what he might bring to the table in New York, especially if it rains. No matter what happens, it’s going to be fun to watch! —Hansel

There’s always a tight points battle somewhere, and right now it’s between Justin Barcia and Ken Roczen. Both are tied for third with 330 points each, and you know neither one wants to drop a spot in the standings. Roczen’s had the edge over Barcia at the last several rounds, but Barcia will be racing in front of his hometown fans, which always seems to inject a bit of extra speed. Who will own third place when the checkers fly on Saturday? —Hansel

Belgium, Germany, the Netherlands, France, Canada, and others have already named their teams for the 2018 Monster Energy FIM Motocross of Nations at RedBud this October, and this weekend we will find out which riders will represent Team USA on home soil. The team will be announced prior to the motos Saturday, so stay tuned to Racer X Online. —Chase Stallo

Since his disastrous day at RedBud, Eli Tomac has caught fire and put in some all-time rides the last two rounds. He’s currently on a four-moto win streak and has rebuilt a 15-point lead over Marvin Musquin. Tomac has five perfect 1-1 days so far this season and is looking to take another step toward a second straight title tomorrow. —Stallo

The last time Lucas Oil Pro Motocross was in action at Washougal, Autotrader/Yoshimura Suzuki’s Justin Hill had a huge crash in the second moto when he cross-rutted upon landing from a jump and hit a tree. (There was video of the crash.) After the race, Hill said his “left knee is swollen up almost as big as a volleyball right now.” We checked with the team and Hill will race this weekend. We’ll see if he’s 100 percent tomorrow. —Stallo

Rockstar Energy Husqvarna’s Phil Nicoletti grew up in Cohocton, New York, and will return home this weekend. Last year, Nicoletti returned to racing after a six-month absence at his home race and finished 16th overall. Expect more from Phil this weekend: In six 450 appearances at Unadilla, he has four top-ten overall finishes, with a best finish of eighth (twice). Let’s see if the New Yorker can score another top-ten tomorrow. —Stallo