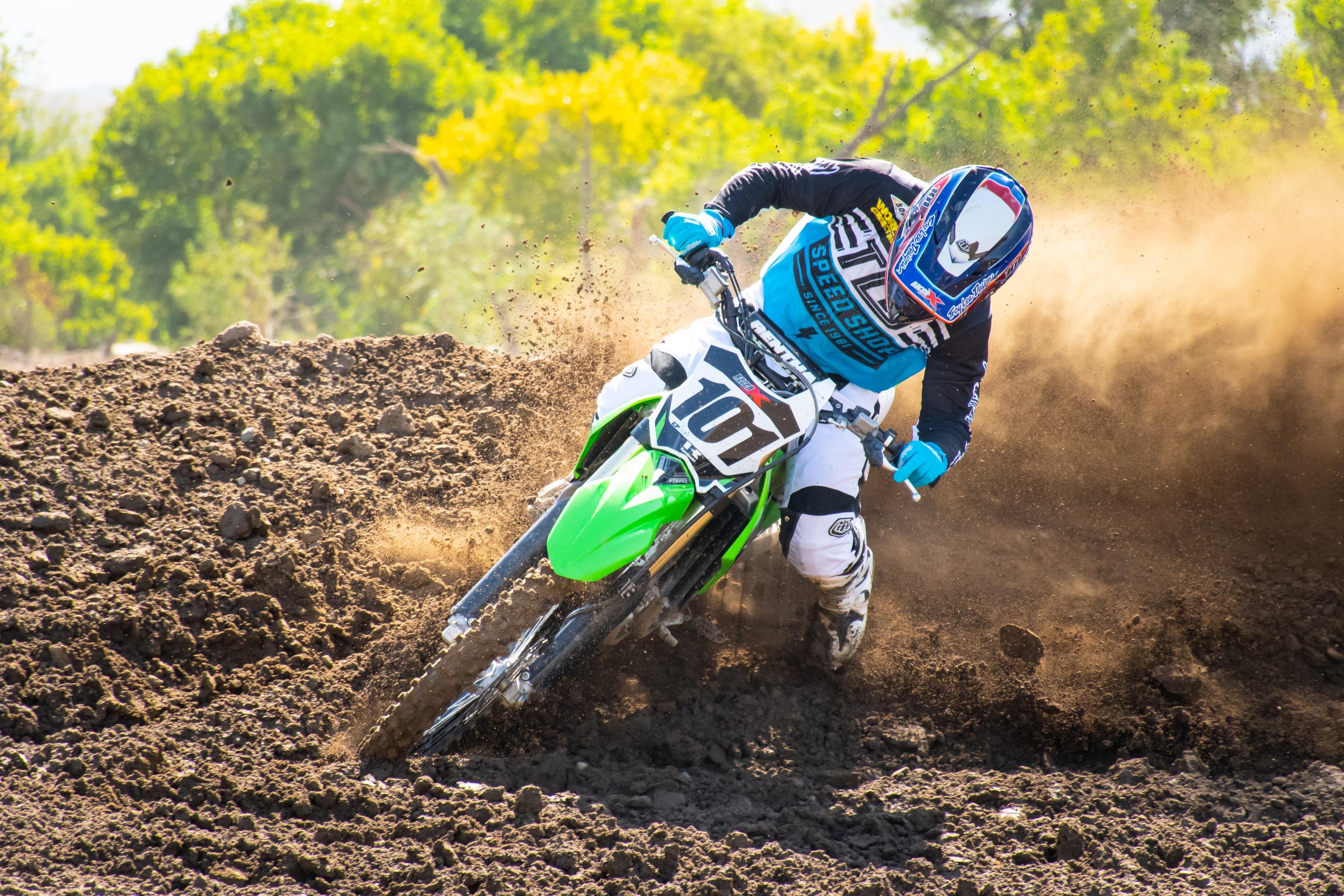 Noticed your name was on the [Vets MXDN] race entry this year! First year for me, and I was surprised how few American riders entered. Perhaps it's the ungodly expensive medical work needed for us over 50 (I just turned 50 this year) to get start permission from the AMA and the obvious hassle having a bike to ride. I'm racing an ’85 KX125 that was offered to me from a great guy from the U.K. that I met from a vintage Kawasaki Facebook page.

Anyway, I always appreciate your work with Racer X and your sane political views. I was too poor to have a dirt bike as a kid and started riding and racing modern bikes with my son in 2010. I got into the vintage scene about three years ago and absolutely love it. Attached is a pic of me at RedBud racing my ’86 KX250 against Jeff Stanton in the 2017 Labor Day AHRMA race. I currently have been racing the whole Midwest Vintage Motocross series since 2015 and at the end of September, Jeff Stanton and Junior Jackson are being inducted into the Midwest Vintage Hall of Fame. Scott Wallenburg is usually in attendance for that event and race in Byron, Illinois!

Hope to meet you at Farleigh!

I’ve been wanting to go for a few years now, and this year, the timing finally worked out. The track looks incredible and it just seems like everybody is there for a good time, which is right up my alley these days. I suppose the reason more folks don’t make an effort to attend from the U.S. is the logistical nightmare of getting bikes over there. The only other option is borrowing a bike, and it’s rare that somebody who spent the time and money to rebuild an old bike will let you just hop on it and beat it up.

If you do ship a bike, you still have the cost of getting there, lodging, transportation, etc. Luckily I found a bike to ride, and I’m just crossing my fingers for good weather. I asked the promoter what the chances are of getting rain in England that time of year and he quickly responded, “100 percent.” Not exactly the answer I was looking for. Anyway, I’ve got a really cool bike lined up and I’m taking my whole family on a European vacation. Look for me circling the roundabouts shouting into the backseat, “Look kids, Big Ben! Parliament!”

Love the column as always. Your no-BS approach to things and happiness to tell the truth is refreshing in today's crazy world.

We’ve seen Tomac have a mechanical at RedBud. This isn't the first we have seen this year, either, and [Steve] Matthes made a good point in his Observations column saying that because there is so much happening when the bikes are running, it's a miracle this doesn't happen more often, so I have a sort of two-part question:

Love to hear your take on this.

Thanks for reading, man. And sorry for missing a couple weeks recently, but life has been busy and this whole state is burning again.

The four-stroke engine is a whirling mess of metallic parts and pieces, and when you factor those development numbers with a sharper pencil (like we see in race engines), the margin for error is thinner than Jason Weigandt’s budget for his second cousin’s birthday present. The 450 engines aren’t built right to the limit; the focus is more on power delivery and making the power broad. Most good engine builders will tell you they could squeeze another eight to ten horsepower out of a 450 if they really wanted to. As such, we don’t see mechanical failures in that class related to overdevelopment, but the 250 class is a different story. Every single ounce of horsepower counts in that class, so these machines are built to last for one race and one race only before they are torn down and rebuilt. Honestly, I’m surprised we don’t see more 250s come apart like Weston Peick after a Vince Friese takeout.

Your second question is an easy answer. The AMA doesn’t allow a second bike to be raced. Each team takes one bike through AMA’s tech inspection before the race and the frame is marked. You MUST complete the event on the same frame that you started with.

Hope I answered your questions; thanks for the note.

Who was the best or most interesting teammate you had during your career? What about the worst? Thanks for the laughs and moto info every Friday!

I’ve had a bunch of teammates over the years, so that one is tough. Obviously, it was impressive being teammates with Ricky Carmichael; his talent and drive were difficult to match. But I also really had a good time with Chad Pederson, Brock Sellards, Grant Langston, Andrew Short, and Jiri Dostal. My favorite teammate, however, was also my childhood hero: Jeff Ward.

I signed with the Troy Lee Designs/Red Bull Honda Supermoto team in 2007, and Wardy was the reigning 450 champ. His quiet confidence and raw talent were only rivaled by what I saw in Ricky Carmichael. How the hell does a guy go from winning every championship he signed up for to winning Supermoto titles and X Games gold medals… to almost winning the Indy 500… to winning off-road truck races… to winning bicycle races? The better I got to know him, the more impressed I was with him. Also, we have a shared love of ice cream and had a habit of eating our body weight in Coldstone concoctions after our races. The following week, we would laugh as we both tried to squeeze into our leather Supermoto costumes like Elvis in his later, more bloated years. Add Troy Lee to the mix and we had some really fun times at those races.

I don’t want to throw anybody under the bus as far as a bad teammate, but I’ll say that there were some odd times with Mikael Pichon and his dad, as well as Ryan Hughes in 1995. It was a very strange blend of personalities and, as a rookie, it was difficult to decipher. Those are all great memories, though. Thanks for the letter!