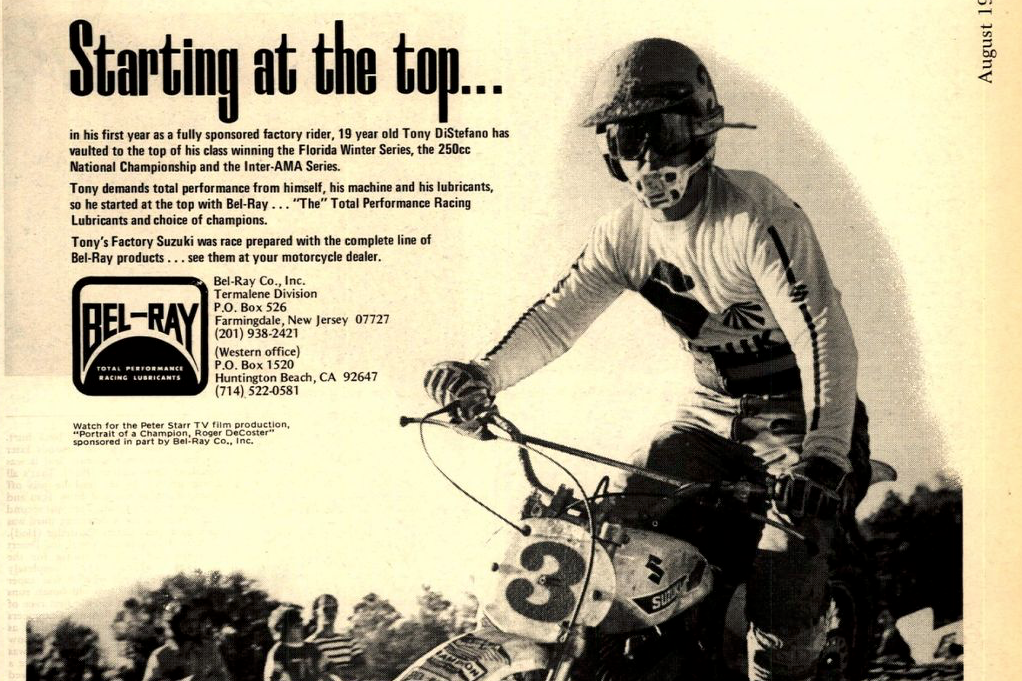 On This Day in Moto August 3

The 500cc Grand Prix of Belgium took place around the Citadel at Namur, and national hero Georges Jobe swept both motos aboard his Kawasaki. Jobe was on one of the hottest streaks of his career, winning six of the last eight motos of the championship. However, trouble early in the season left him behind in points in a hotly contested series that saw David Thorpe crowned champion and Honda factory teammates Andre Malherbe and Eric Geboers finishing second and third. In the end, just 20 points separated the top four riders.

Mike Alessi won his tenth and 11th career titles at the AMA Amateur National Motocross Championship at Loretta Lynn's, taking the 250/Open A and Four-Stroke classes just one week before turning pro. Alessi was a standout amateur from the time he was on 50s. His younger brother Jeff was also quite fast, though due to bad luck and breakdowns, he never actually won a Loretta Lynn's title. Here's what else happened that week, from the Loretta Lynn's Vault:

Matt Lemoine won the 105cc Super-Mini class, but among the riders that he beat were Zach Osborne (third), Cole Seely (eighth), and a kid named Ryan Dungey (ninth). Osborne won the 85cc (14-15) Mod class over a field that included both Ryan Dungey and Ryan Villopoto. Tommy Hahn swept all three motos in the 125 A Class while Ryan Sipes won the 125 A Pro Sport class over Matt Goerke. Josh Hill beat out Broc Tickle in the 125cc Modified (12-15) and Jason Lawrence won the 125 B Mod and 250/Open B classes. Jason Anderson was runner-up in the 65cc (7-11) Mod class. Cooper Webb, Justin Hill, Adam Cianciarulo, Jessy Neslon, and Colt Nichols were all on the gate in the 65cc (7-9) Stock class. And Eli Tomac topped the 65cc (10-11) class over a field that included Justin Barcia (third) and Blake Baggett (fourth). The Girls 65cc-105cc champion was Ashley Fiolek.

The very last Inter-Am race was held at Appalachia Lake Motocross Park in Bruceton Mills, West Virginia, and the winner was Tony DiStefano of Team Suzuki. Tony D. dominated all three rounds of the abbreviated series, which had lost its luster as the U.S. motorcycle industry began turning its attention towards the new AMA Supercross Championship. Also, the Europeans had mostly quit coming, leaving race promoters without much of a draw or difference from an AMA National. (My dad promoted this race and told the local newspapers and radio stations that "Jaborg Jaborg" would be there from Sweden!) DiStefano would also win the AMA 250cc National Championship in '75, adding two more titles in the next two years.

The Appalachia Lake Inter-Am also hosted a round of the 125 Nationals, and Honda's Marty Smith won the race, as well as a second straight AMA 125 National Championship.

And here's a poster designed by Rita for the '75 Inter-Am Series:

One of the all-time great Cycle News covers was August 3, 1977, after "Bad" Brad Lackey became the first American to win a 500cc Grand Prix.

August 3, 1998, was practice day at Loretta Lynn's. It was also the day the event's co-founder, Big Dave Coombs, passed away after a hard-fought battle with leukemia. The race went on, and the AMA Amateur National Motocross Championship at Loretta Lynn's continues to evolve to this very day, 20 years later.