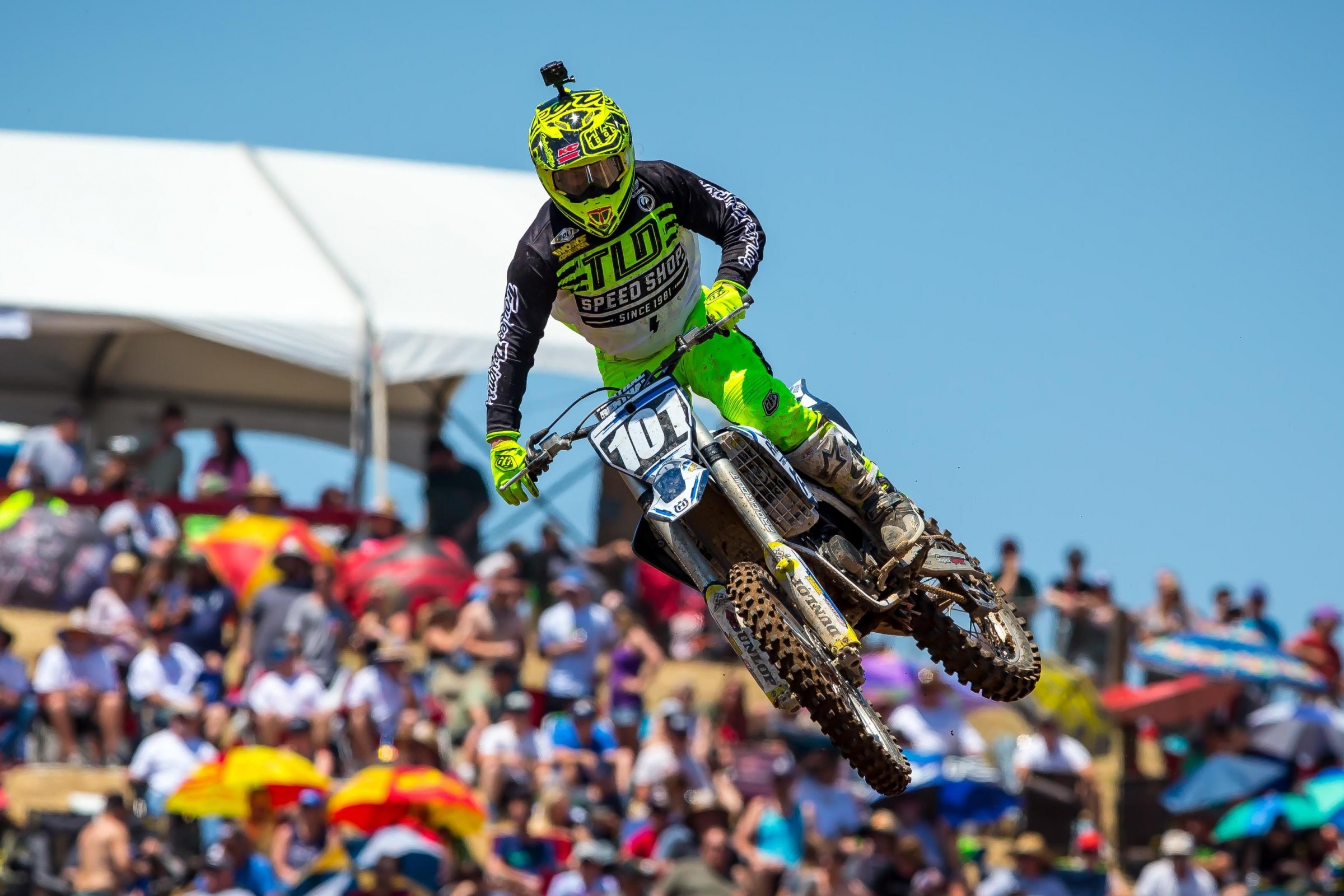 I'm a big fan of "Ask Ping" and I appreciate your insight in all that is Moto. My question is in regards to the helmets the pros wear every week. My home national is Southwick and I've seen all the factory guys get hand-delivered a brand-new lid with a custom paint job in the pits by whoever the helmet rep is. Does this happen every national or SX race?  Do these factory guys use a helmet only once? Who pays the helmet painting company for the custom lid? What do the factory guys use for a lid in practice? With helmet prices going above $600 (minus paint), I find it hard to believe that factory guys use it once during a race and then retire it.  Am I wrong?

They certainly don’t get a brand-new helmet every single race, but more likely two or three new lids per series. Of course, if a guy is crashing his brains out every weekend, then he is getting a new helmet each time. The thing that’s different about now versus 20 years ago is that most of the helmets aren’t fully custom anymore. Helmet manufacturers used to sell black helmets, cue balls, and maybe a two-tone version with a small pinstripe on it. If you wanted something unique, you had to have Troy Lee or another helmet painter work their magic. One of my favorite things was seeing new helmets on the factory riders at the time because each one of them was a work of art. Today, every helmet manufacturer sells multiple “custom” helmets with graphics on them, so most of the helmets you see the pros riding in are an off-the-shelf helmet with a name/number/logo painted onto it. I just don’t think it’s the same.

I’ve always wondered for the nationals how the riders don’t run out of fuel more than they do. Do they have oversized tanks? How do they get those bikes to make it? I mean, those guys are always pinned. What’s the deal! My 450 can’t go more than a 20-minute session at my local track without it being pretty darn low, and I’m not on it like the top tier guys… even though I like to think I am.

Thanks for the great column, man!

You may need to check your bike for a fuel leak if you’re running out of gas at 20 minutes. Occasionally the Southwick National will cause some problems for guys and they’ll add an auxiliary tank or mount up a larger tank. Mechanics will also top the bikes off to the brim after the parade lap so they start off completely full. Other than that, going 35 minutes isn’t a problem. Manufacturers use global racing series to figure out how big their tanks need to be. Production bikes and their respective tank sizes are based off this feedback. My guess is you can ride much longer than you think on a full tank of gas.

Hello! Settle this subject for us… two-stroke versus four-stroke at a pro level for PRIVATEERS. If displacement rules were the same regardless of engine type, would it be an advantage for true privateers as far as cost to modify, repair, and maintain? Or is the cost of a bike and maintenance such a small portion of racing cost that it doesn’t matter? Also, would manufacturers fight equal displacement rules, and why? Thank you in advance for the response. I always look forward to being entertained by your column.

Running a true displacement class would absolutely be an advantage for privateers. The two-stroke engine is far more efficient than a four-stroke, so much so that cubic centimeters have to be nearly doubled for them to compete head-to-head. The great thing about a straight-up 250 class would be engine modification savings (pipe, silencer, and motor work run you less than a thousand dollars, but a four-stroke exhaust system alone costs that) and the fact that they would actually be at a horsepower advantage. However, because the power is in a more narrow range, it can be more difficult to ride. I don’t think you would see anybody attempting to ride a big bore two-stroke in the 450 class because those bikes already have more power than most guys can use.

The manufacturers would, and do, fight this tooth and nail. Honda, Kawasaki, and Suzuki don’t make a 250 two-stroke, so they are not interested in allowing KTM/Husky/Yamaha to gain market share that way. We need the support of all the manufacturers, so implementing that rule despite their objections could backfire, big-time. There is no doubt there is a two-stroke renaissance going on right now, and we can only hope that those three companies will join in again.