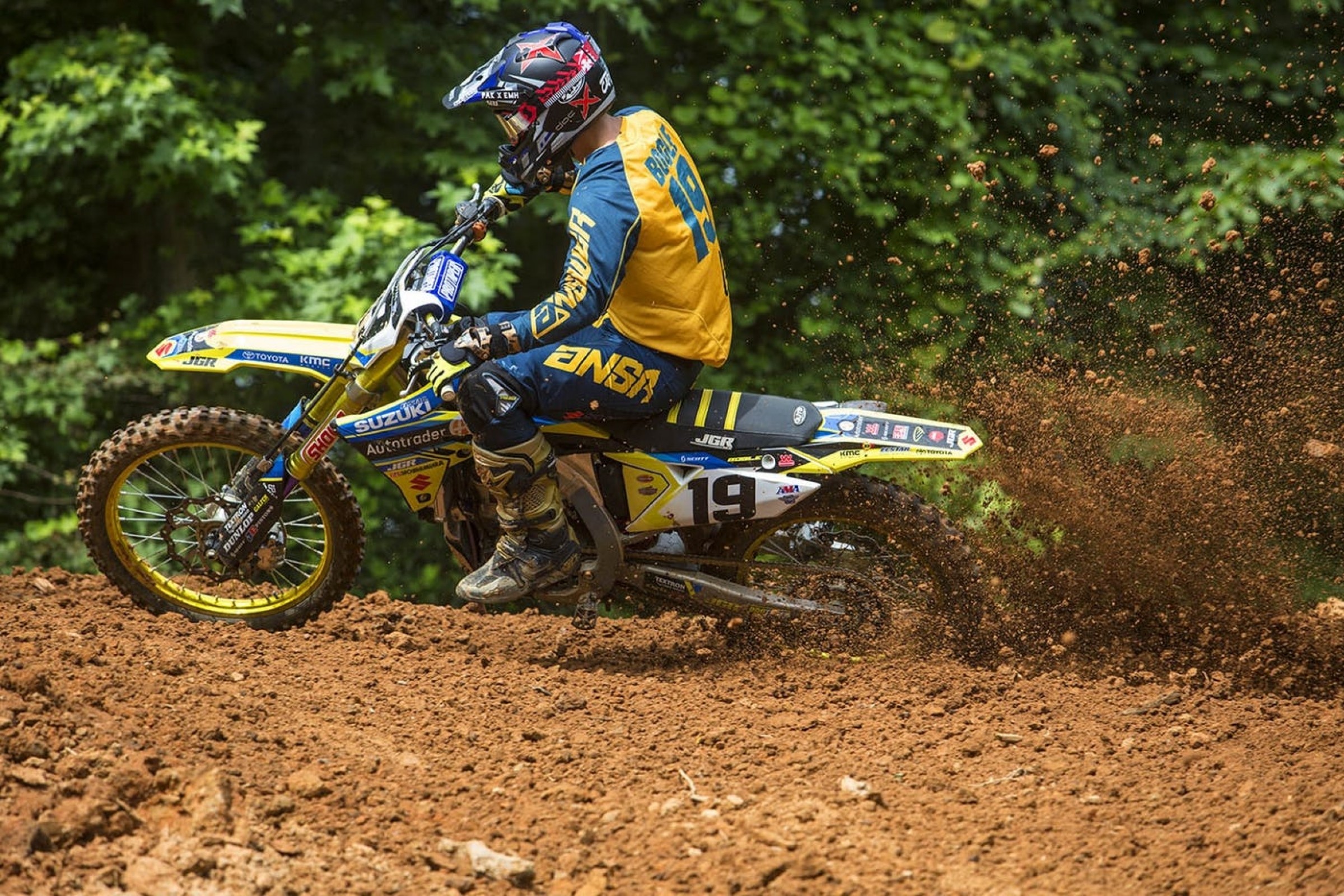 JUSTIN BOGLE — HUMERUS, BACK | IN

Comment: Justin Bogle will return to racing this weekend at Southwick.

Comment: Chisholm injured his meniscus and sustained bone bruising at High Point. He’s undergoing surgery, and if there’s any ACL damage, he will have that repaired at the same time. He’s out for the season.

Hey everyone. Just wanted to give you guys an update on my knee that I hurt at High Point. I have some bone bruising and damage to my meniscus that needs repaired. The more important thing is my ACL. It's not 100% clear on the MRI whether my ACL is torn or not. So today I am getting my meniscus repaired and if they get in there and the ACL is torn they will repair that as well. The good thing is I will get this all fixed and be able to be 100% ready for SX. It's definitely a bummer and not what I had planned but everything happens for a reason. I'm thankful for the successful year I've had to this point and I know I'll be back for SX even stronger. I've come back from this injury twice before and I'll just do it again. I'll keep you guys updated throughout my journey. ?? ??

Comment: Craig had surgery early in June to repair a torn ACL sustained in a crash at Glen Helen. He hopes to be back on the bike in October.

Comment: Grant is back on the bike after having a second surgery on his leg. He should be back before the season ends, but at the moment there is not an exact return date.

Comment: Mosiman will miss the rest of the season after dislocating his shoulder at Glen Helen.

Comment: Seely hopes to be back on the bike in September after breaking his pelvis and two vertebrae during supercross.

Comment: Tapia broke his pelvis and sustained two broken vertebrae in Indianapolis. He’s still out, but if you wish to help him out, go here.

Comment: Tedder had surgery on his wrist to repair a nagging injury that was reducing grip strength. He hopes to be back riding in mid- to late July and hopes to make it back for a few rounds at the end of the season.

Comment: Webb will make his return to racing at Southwick after fracturing his leg in Minneapolis.

Comment: Wilson is out for the season after having surgery to repair a torn ACL.

Comment: Alix will get back to racing at Southwick after missing multiple rounds due to an undisclosed injury suffered at Glen Helen.

Comment: Bisceglia recently broke his ankle and fibula while preparing to return to racing at Muddy Creek. He’s out for the season. You can read about his injury here.

Comment: Cianciarulo is out for the season after having surgery to fix a torn ACL he’d been dealing with for quite a while.

Comment: Davalos underwent knee surgery and is also recovering from a herniated disc and fractured C7 vertebrae. He’s out for the season.

Comment: Hampshire had a big crash at Muddy Creek that left him feeling pretty banged up. He'll make a final decision after qualifying at Southwick.

Comment: Hartranft dislocated his shoulder while practicing and will miss Southwick. He hopes to return at RedBud.

Comment: Lopes cracked his collarbone at High Point. The team will monitor his recovery process, and if all goes well, he’ll be back at RedBud.

Comment: Marchbanks sprained his MCL at High Point and missed Muddy Creek. The team says whether or not he’ll race is a decision that will be made at the end of the week.

Comment: Martin had surgery to repair a burst fracture to his L1 vertebrae suffered at Muddy Creek and will miss the rest of the season.

Ohh man guys ☹️ Incredibly disappointing to have my season end like this. This title was mine and I was finally back to the old j mart. But this is apart of being a professional motocross racer. I have been getting the best care and support here in Bristol, My surgery went well and we are on the road to recovery. Thank you for all the love and messages and to all the fans that come out and support me at the races and support all of us riders. I will be back on a bike before to soon and blessed to have the best team in the pits @fchonda behind me.... ?

Comment: There is no return date set for Oldenburg, who tore his MCL and ACL while practicing.

Comment: Osborne tore his labrum at Thunder Valley. He’s undergone surgery and will miss the rest of the season.