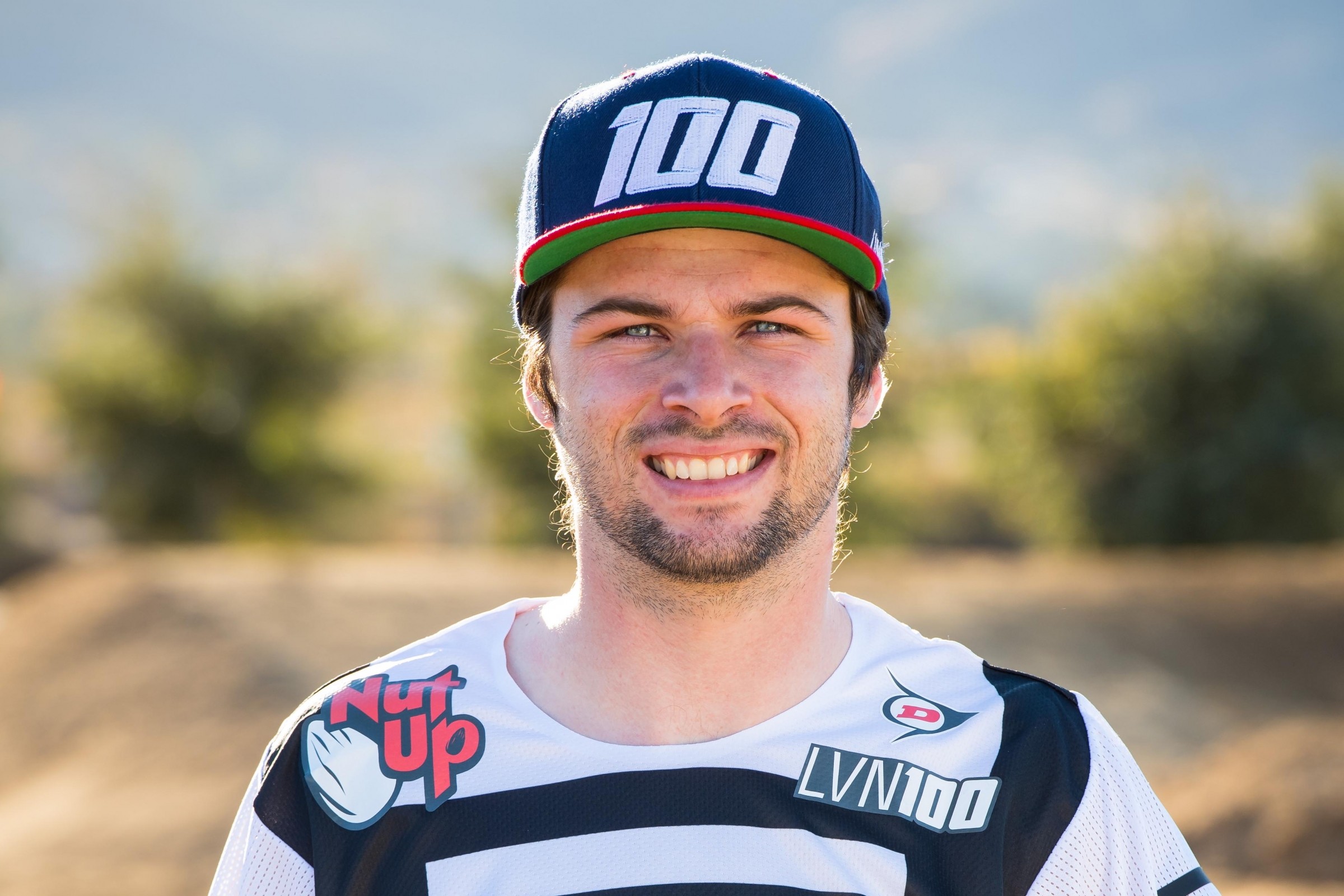 Motocross fans rarely agree on most things, but if there’s one thing we can all acknowledge, it’s that riding a dirt bike comes with plenty of risk. That’s especially true if you’re a pro working on being competitive at the highest level. Just ask Matt Bisceglia, who, after missing most of supercross with injuries, found himself on the sidelines yet again right before he was scheduled to return to racing at Muddy Creek for TiLube Honda. We caught up with Matty B. to get the details on his latest injury.

Racer X: Matt, what’s up? We haven’t seen you in a while. What’s been going on?
Matt Bisceglia:Well, not much. Everything was starting to come together to race Muddy Creek. I was liking the bike, got back on Hondas, got my suspension and setup how I like it, and everything was starting to come together. I was feeling good. Then last Tuesday on the last lap of the day, I caught my foot on a tiny little bank on the edge of a tabletop. I didn’t even make a mistake or go off-line. I hit the jump the same way I’d been doing every single lap that day. Even the week before, I’d been hitting it the exact same way. But I guess I caught my foot on the bank this time and it ripped my ankle off. My ankle was sitting there at ninety degrees. I didn’t even get sketchy. Just we went over, dropped my bike, and set my ankle back into place. Now here we are, on the mend again, for another two months.

Oh man. It’s always at the end of the day, isn’t it?
Yeah, it was literally my last lap of the day. I had half a lap left. I was really debating whether I was going to do that lap or not. It’d been a long day and I was pretty tired. I was just muscling through my day, and on the last lap, it happened. It wasn’t even like I made a mistake. I’ve had a lot of weird stuff happen to me, but this is like the craziest thing ever. It’s been pretty nuts.

What track were you at?
I was riding at JGR. I’ve been staying out here in North Carolina and things were going good. I was having fun. But stuff happens, just like that.

Yeah, you’ve had a few injuries this year, unfortunately.
This is my third one, but they’ve all been really minor and stupid up until this point. I broke a rib in a couple of places when I got held up in that corner in Glendale, and when I got taken out in the second corner in Atlanta, I broke a little bone in my hand. But that was stuff that healed quickly. This one will take a couple months. I’ve had a lot of stupid stuff happen this season, honestly. Didn’t even get sketchy and bam, broke my leg. It’s the craziest thing. You’d think it would have Supermanned me or something, but I literally didn’t even get sketchy.

What are the injuries specifically?
I broke my left ankle and my left fib. They plated my fib and they pinned my ankle.

Well, we’d planned on asking you a bit about your new team, but now it looks like you won’t be racing.
We can still talk about that. I ended up getting in touch with TiLube Honda through Vann Martin right after the Vegas Supercross. He rode for those guys during supercross. They had some interest in working with me for next year and possibly this summer, and we got a deal put together for Vann and me to go racing this summer. It was going to be really good; I was really excited for it. I’m glad to be back on Hondas again and I’m really enjoying the bike. The team is great to work with, too. Buddy Brooks has been awesome. He’s definitely a smart dude, and I really hope for next year we can still figure something out. I’d love to ride for them if there’s a spot open. I’d like to show them what I’m capable of doing for them because I wasn’t able to show it this summer. We would have had some good finishes this summer, no doubt. It just didn’t work out that way.

What about the Monster Energy Cup? Will we see you there?
I don’t know. I’ve never done it, but if this team still wants to stick behind me and if they want to get me on a 450 for the Monster Cup, I’d gladly do it. I’d like to for sure. I kinda missed almost this whole year, so I’d like to do it.

We’ve seen a lot of injuries this year, and it seems like this happens every few years. From a rider’s perspective, is there anything you can put your finger on that triggers these waves?
Stuff just happens in racing. It’s hard for me to pinpoint why you have these get-offs, these injuries, if that’s what you’re asking. I don’t know. You see it so much more now, and it’s a bummer. I think it’s a testament to how hard this sport is on your body. It’s just that gnarly. I’m 23, and by the time I’m 40, I’ll have knee replacements. It’s gnarly and you have to respect it.