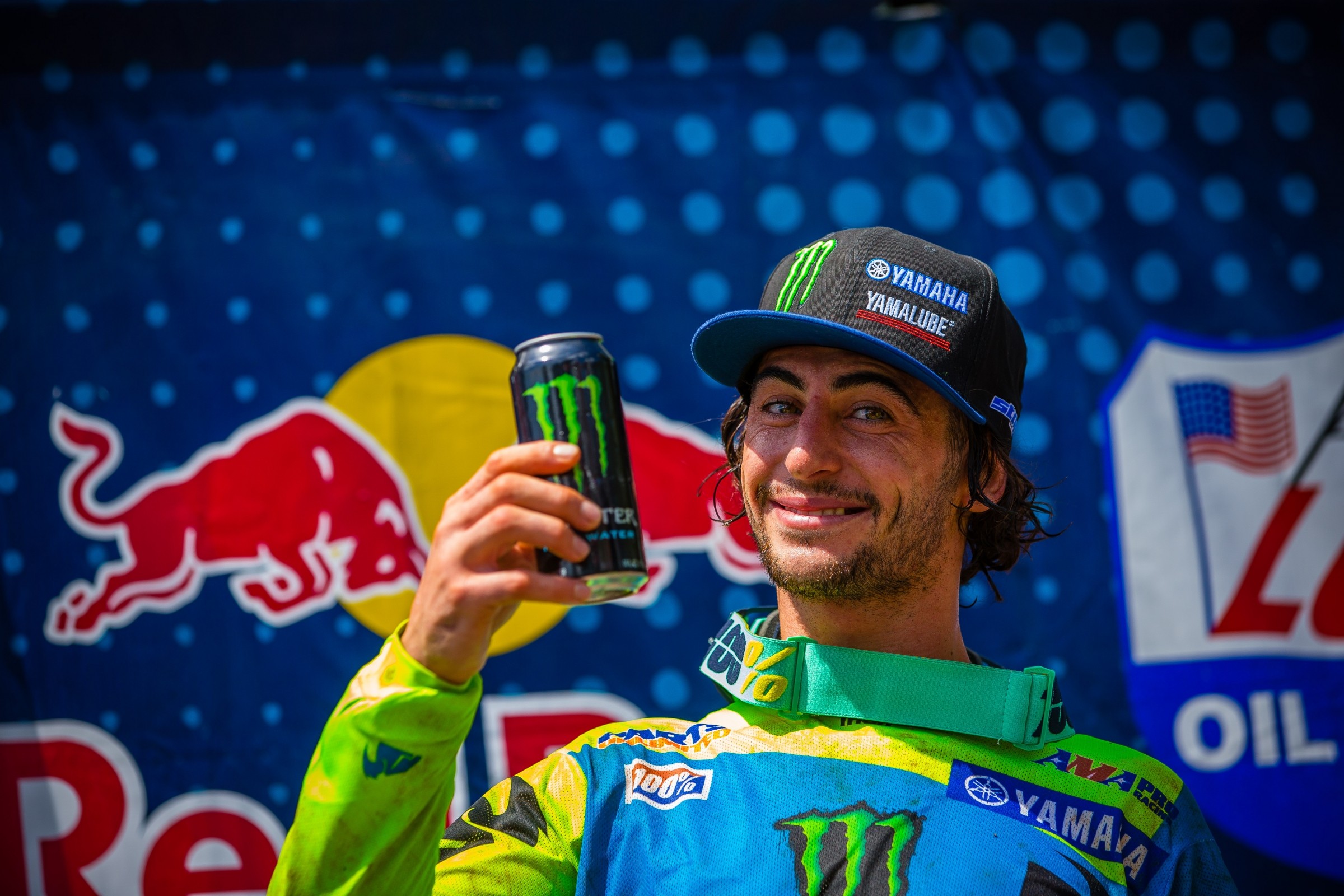 The 250 Class has long provided plenty of drama and whacky results, and last week was a perfect example. Overall winner Shane McElrath roosted down victory lane without winning a moto, Dylan Ferrandis took second overall despite finishing 11th in the first moto, and Chase Sexton, who finished third overall, didn't even finish on the podium in either moto (he went 8-4)! To top it all off, championship leader Aaron Plessinger went 9-5 for seventh, and still managed to extend his points lead! What kind of 250 craziness will we see in Southwick? —Aaron Hansel

It sure didn’t take Dylan Ferrandis long to get back up to speed. At High Point, he went 8-3 for fourth overall in his first race since breaking his arm and a few teeth in supercross and followed it up at Muddy Creek by winning the second moto and finishing second overall. If he can get better results in the first moto, the 250 Class just might see its fifth overall winner of the season at Southwick. —Hansel

Jimmy Decotis’ 17-12 for 15th overall isn’t exactly the stuff legends are made of, but hey, considering it was his first race back after fracturing a couple vertebrae and breaking some ribs at Daytona, that’s not so bad. Even better, this weekend he’ll race in front of his hometown fans on a track that’s famous for favoring the locals. Expect the New England native to bring a little something extra to Southwick on Saturday. —Hansel

This season, championship leader Aaron Plessinger has made a habit of being perfect at every other round. He kicked things off at Hangtown by going 3-4, then swept Glen Helen. He went 6-4 at Thunder Valley, then crushed it again at High Point with another 1-1. Just last week he went 9-5, which means he’s due for another 1-1 at Southwick. We’ll see if the trend continues this Saturday. —Hansel

The 450 Class has been hit pretty hard with injuries this year, but the series will get some of its star power back this weekend when Cooper Webb rejoins the ranks following a fractured leg suffered in Minneapolis. Normally you’d expect a rider who hasn’t raced for a while to take it easy at their first race back, but when it comes to a competitor as fiery as Webb, you never know. Will he ease back into things, or will he be pinning it and banging bars all afternoon? Neither would be surprising! —Hansel

Out since February due to a broken humerus sustained at the San Diego Supercross, Justin Bogle will make his 2018 Lucas Oil Pro Motocross debut tomorrow. “He spent some time at JGRMX in North Carolina, and he’s in a good spot with the Suzuki RM-Z450. I’m eager to see him race,” said team manager Jeremy Albrecht in a statement. Bogle has been riding since late-April, early-May but wanted to be as close to 100 percent as possible before he returned. “This has been a very long process. The year hasn’t gone to plan, but I have learned a lot from it. Now it’s time to get back up front where I belong and make it happen for the Autotrader/Yoshimura Suzuki Factory Racing Team,” Bogle said. Let’s see how his first race back goes at Southwick. —Chase Stallo

Earlier this week, we ran through the numbers behind Eli Tomac’s perfect start to the season. Check it out if you haven’t already—they’re impressive. Already armed with five straight overall and eight of ten moto wins, Tomac enters this weekend as a heavy favorite. In four previous appearances at Southwick, Tomac has lost just once, finishing second in that race. In two 450 Class races at The ‘Wick, Tomac is a perfect 2-0. Can his streak continue this weekend? —Stallo

As Jason Weigandt laid out earlier this week, while he may not be winning quite yet, Justin Barcia and the team are happy. After missing out on the podium entirely in 2017, Bam Bam is back to being a podium regular and nearly won the overall last weekend at Muddy Creek. Barcia has cut back on some of his cycling, and it seems to have paid off. “We’re really close, but we’re just taking steps to get more comfortable,” he said after Muddy Creek. “Also, my riding as well is getting better. Just trying to put everything together.” Barcia has been good at Southwick, so we’ll see if he can break Tomac’s streak this weekend. —Stallo

We’re gonna find out this weekend who is and isn’t in shape. Highs are expected to reach 87 on Saturday, and while that may not sound terrible, add in the fact that Southwick gets super, super rough and you’re probably going to see a few riders with their tongues hanging out at the end of the motos. In contrast, riders who are in great shape are salivating, as they know they’ll be able to pick off some riders at the end. —Stallo

No other track on the circuit provides a chance for locals to shine like Southwick, period. From John Dowd to Doug Henry to little-known Mike Sottile, The ‘Wick offers up a chance for the local NESC contingent to show off their sand skills. Check out the pre-enty list and get familiar with some of the locals—one is bound to surprise you this weekend. —Stallo