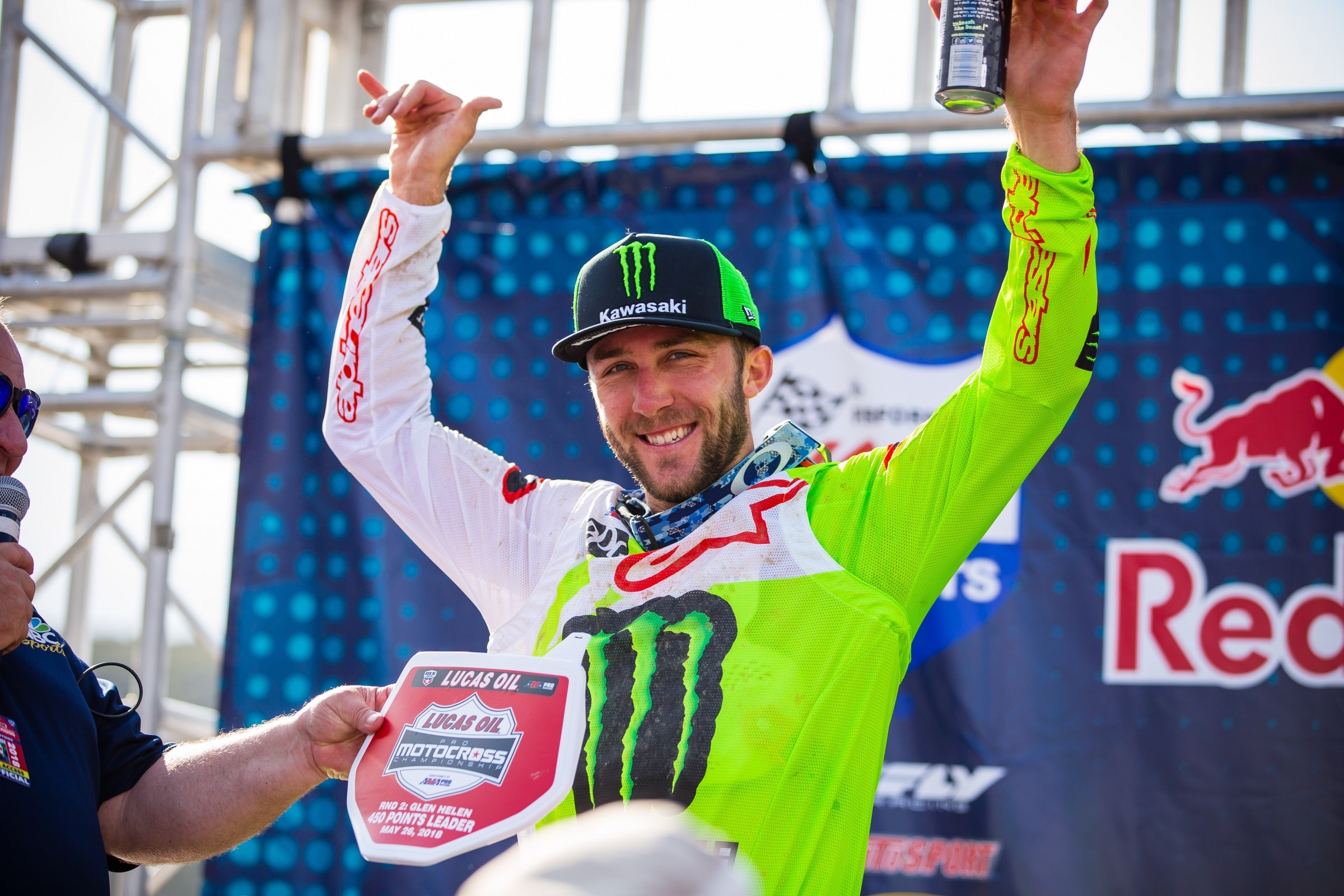 We all know Eli Tomac is off to a tremendous start to the 2018 season. He’s won eight motos, has five overall wins, and is a favorite to win a sixth straight this weekend at Southwick. Tomac has put together some numbers that haven’t been done since James Stewart went 24-0 in 2008. With that in mind, let’s take a look at some numbers from Tomac through five rounds.

Overall wins in a row for Tomac to begin the year. You’d have to go all the way back to James Stewart’s perfect season in 2008 to see a rider that began the year with five consecutive overall wins.

The fastest lap time set all year in the 450 Class. Tomac set it in the second moto last weekend at Muddy Creek.

Laps led by Tomac through five rounds. It’s 53 more than second-place Marvin Musquin and Ken Roczen, who are tied with 26.

Average qualifying position for Tomac through five rounds—the best in the class.

Points Tomac had after five rounds in 2017. He was second in points, four behind Blake Baggett.

Points Tomac has after five rounds in 2018.

Lead in points over second-place Marvin Musquin in the championship.

Finishes outside the top three in ten motos ran.

On the all-time wins list. With his five wins to begin the year, Tomac has moved from 18th to tenth on the all-time list with 14 career wins. He is one behind Ken Roczen and Jeremy McGrath for eighth and two behind Jeff Emig for seventh.