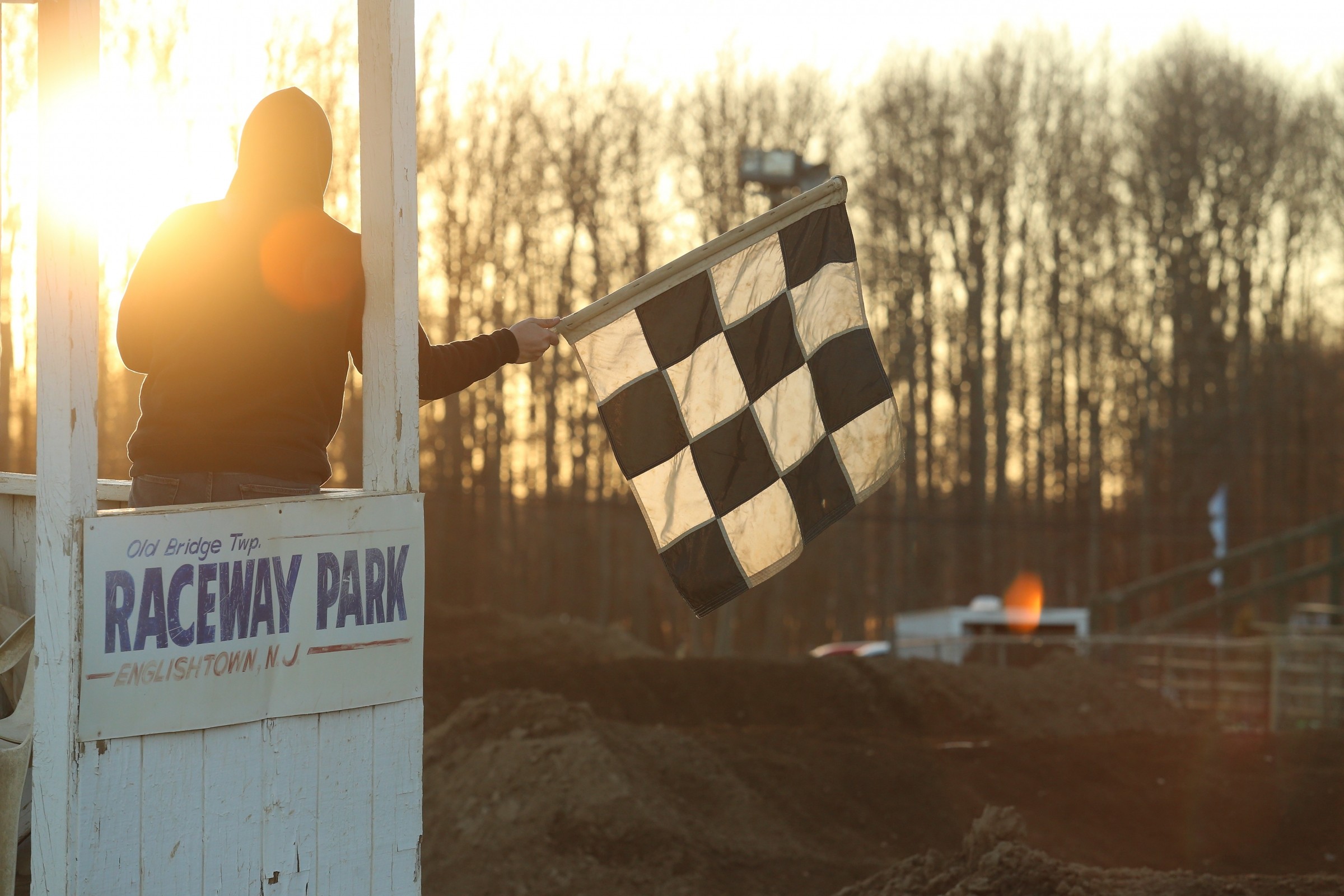 In January, news hit the drag racing world that the iconic NHRA drag strip Raceway Park in Englishtown, New Jersey, was shutting down. This spiked panic in motocross fans, because Raceway Park also operates New Jersey’s longest-running motocross track. Turns out drag racing is going away, but motocross is there to stay. There will be changes, though, as the existing Raceway Park motocross track is now finished, and a new track is being built on the other side of the property.

The old track held its last race over the weekend, but the new track opens April 22. We called Raceway Park Motocross manager Rich Trevalise yesterday for the latest.

Racer X: End of an era. The old track, running since the dinosaur age, just held its last race.
Rich Trevalise: Yes, that’s right. That track had been operating since 1976. The last race on that track was over the weekend. It was a great weekend; about 500 riders came out to say goodbye.

So the old track is closing, but you’re about to do a big overhaul and build a new track?
Yeah. Due to just a number of operational changes on the facility and some new organization, it’s bad for the drag racing side, but turns out to be a win for the motocross side. So, the motocross track is going to move from its existing location to a new place across the street, which is where we had an existing motocross practice track. We had the ability to run both a race and have an active practice track. We were very successful in having both run simultaneously. But that practice track is now going to be totally revamped [to become the new race track]. We’re even going to bring over some of the more well-known jumps from the old track over and put them back in. The Staircase, the Pension Road Plunge, and the Psycho Double.

Yeah, I’ve heard about this through the grapevine. You’re literally going to rebuild the same iconic jumps in the new location.
That’s right. The Staircase is probably the most well-known obstacle on the track.

So when you rebuild from scratch, are you able to make some upgrades?
No doubt. Back in ’76, it was great when everyone showed up in a van or a pickup truck, but now it’s like if you don’t have a big motorhome now, you’re not making it work in the moto scene, it seems like. There’s still vans and pickup trucks out there, but there are so many more families now. Back then, motocross was so young; it was just young guys doing it. Through evolution, it’s become a sport where people bring the whole family and make a real weekend out of it. You need more real estate. They’re all camping out together and they want their motorhomes and they need the space. So, the larger parking area will be a big advantage for us. The track, obviously that’s going to be better, too. We’re also going to be able to get running water and showers. We were trying to get that for years at the old track. With this new change, it’s going to be more easily adaptable to do that.

The word got out that Raceway Park was no longer going to have drag racing, and that was huge news because, if you live in the area, the drag racing was really what put Raceway Park on the map. It was a nationally-known drag strip. When it was announced that drag racing was shutting down, I think people just heard that and assumed motocross was going away, too. So just address that—Raceway Park will no longer hold drag racing, but motocross is set for the future?
Drag racing started there in the mid-sixties, and it’s a world-renowned facility. So many great drag racers got their start there—Shirley Muldowney, John Force, so many, but in the last dozen years, it seems like not as many people do drag racing. In fact, it seemed like when it closed down, that’s when everyone came out of the woodwork! Prior to that, it seemed like Raceway was spending more money than they were making with a Wednesday night or Friday night drag race. This location in central New Jersey, it’s so expensive to operate when you consider taxes and all of the other bills you have to pay. So, once drag racing was no longer getting the participants like it was in the sixties and seventies, actually all the way up to the nineties, it became harder to operate.

They found a more lucrative way to use that area of the property?
Yes. That area has been leased out to a company that will use the existing drag strip space, the area where the existing motocross track is, and where our current office area is.

As the motocross guy, where you worried that motocross would shut down?
Actually, I wasn’t. I was told some things early on, so I knew it would work out for the motocross side, but I was told to keep that quiet. When someone tells you to keep a secret, I feel like that’s what you should do. So, I felt pretty good about the future of motocross there, but I did get nervous a few times. The timing ended up a little off—we thought this deal would go down in October, but it didn’t go down until January. Now people think we’re crazy for moving the track after we just had opening day! We’re doing this in the middle of our race season, which is a little weird. We have to move the track in time for our next race, but that’s all because of the timing of the deal.

So when does the new track debut?
We’ve got five weeks.

Is that hard?
[Laughs] It’s going to be a task! But they already have the track drawn out, they already have the start laid out, but consequently, we’re getting some snow today. And tomorrow! But the guys that are putting the track together, I have a lot of confidence in them. We’re going to have a raceable track for our next race on April 22. But from there, you’re probably going to see a lot of changes. What you see on April 22 might not be the same as our next race in May. We’ll have time to tweak it. Our real goal is to have it dialed in completely for our 43rd annual Kawasaki Race of Champions in October.

What happens to the existing motocross track?
That will be leveled. That space might be needed for the business that the company that leased that piece of property will need to do. So, all of the dirt from there, we will be moving it to the new race track.

[Laughs] So that’s how you know you really will be using the same jumps! Same dirt! Who is doing all of this track work?
We actually hired a company to move the dirt. Our regular dozer operator, Carl Anderson, has been with the track for many, many years and he’ll be shaping the jumps. We’ve had Mark Barnett out giving us some ideas, too. We’re going to talk to Dakota Kessler, and he’ll run things by his dad [New Jersey MX legend] Mickey Kessler.

You were the track announcer for a long time. When did you become the motocross manager for the facility?
It’s been four years now. I started as the track announcer in 1984. I do miss being on the mic, and I’ll try to find time to do it still, especially over this last weekend. A lot of people said they were happy to hear me back on the mic a little bit for that last race. But you have to change hats sometimes.

Local motocross racing is not as healthy as it was 15 years ago. I’d imagine over those last four years that you’ve been in charge, you’ve had to be really aggressive to keep this working. A lot of tracks have really struggled lately.
I agree. It’s scary hearing some of the numbers out there. We’ve been pretty lucky. Maybe it’s just the geographical area, but our numbers have been pretty good. We’ve been doing well.

How much of an opportunity is this new thing?
I think it’s a great opportunity for us. It’s created a lot of buzz in the area. People were sad to see the old track go, but motocross racers always love to try new tracks and try new things. Well, we’re going to give them a big change! This track, for many, many years, it was Jay Irwin and Kenny Landerman’s baby. They really put Raceway Park motocross and motocross in New Jersey on the map in the Northeast. They did an awesome job on that track, and I hope I can do as good a job as they did.