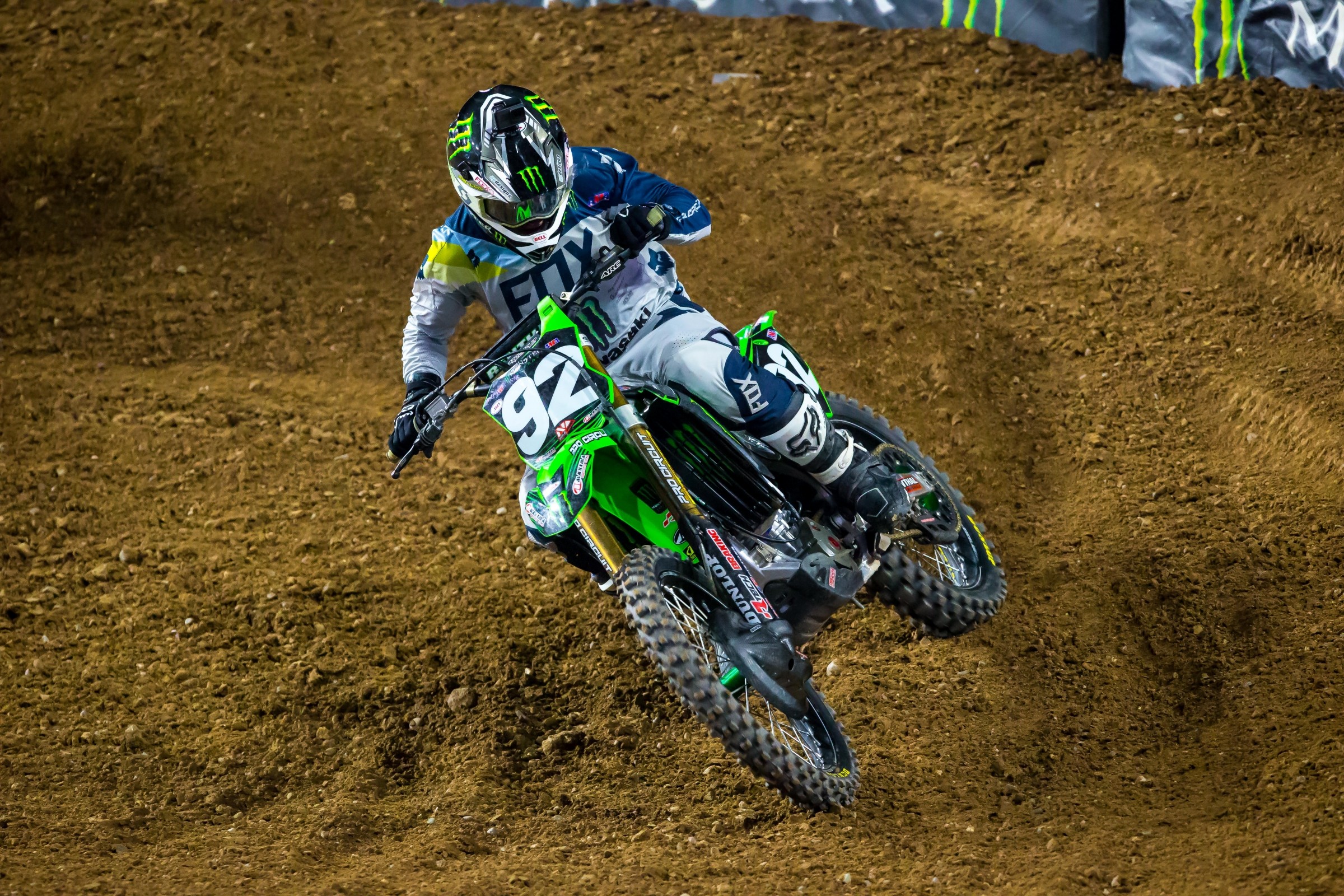 Exhaust: What They're Really Thinking

At 9:15 pm on Saturday night in Glendale, Arizona, the 450SX riders and the members of the supercross press corps were already gathered in the post-race press room. The room waited for the 250 riders to show up at 9:15, even though they weren't scheduled to actually arrive until 9:20. Steve Matthes then dialed Adam Cianciarulo, and Adam picked up.

Matthes flipped the call to speaker phone so he could call Adam out in front of the entire room for being late (even though he actually wasn't). The room laughed. I then called Adam out on Twitter, but the always-connected AC was actually looking at Twitter during his walk to the interview room and saw the tweet. Adam is never not working social media. Now he's even doing video blogs. Sheesh.

After the presser, I asked Matthes to help with this week's post-race video, but he instead pointed at Adam and said, "Use this guy. He'll talk about anything." Adam then explained that he indeed will talk all night and will do whatever interviews anyone needed. I had my guy.

The only problem was that Adam didn't actually see much of the 450SX main event, so I ended up doing my own separate video to recap that. You can watch that below.

Still, I had AC at my disposal and I was going to use him. So we started talking racing—starts, then tracks, then dangers, and next thing you know, I had ended a ten-minute discussion with a much better idea of what goes on under the helmet.