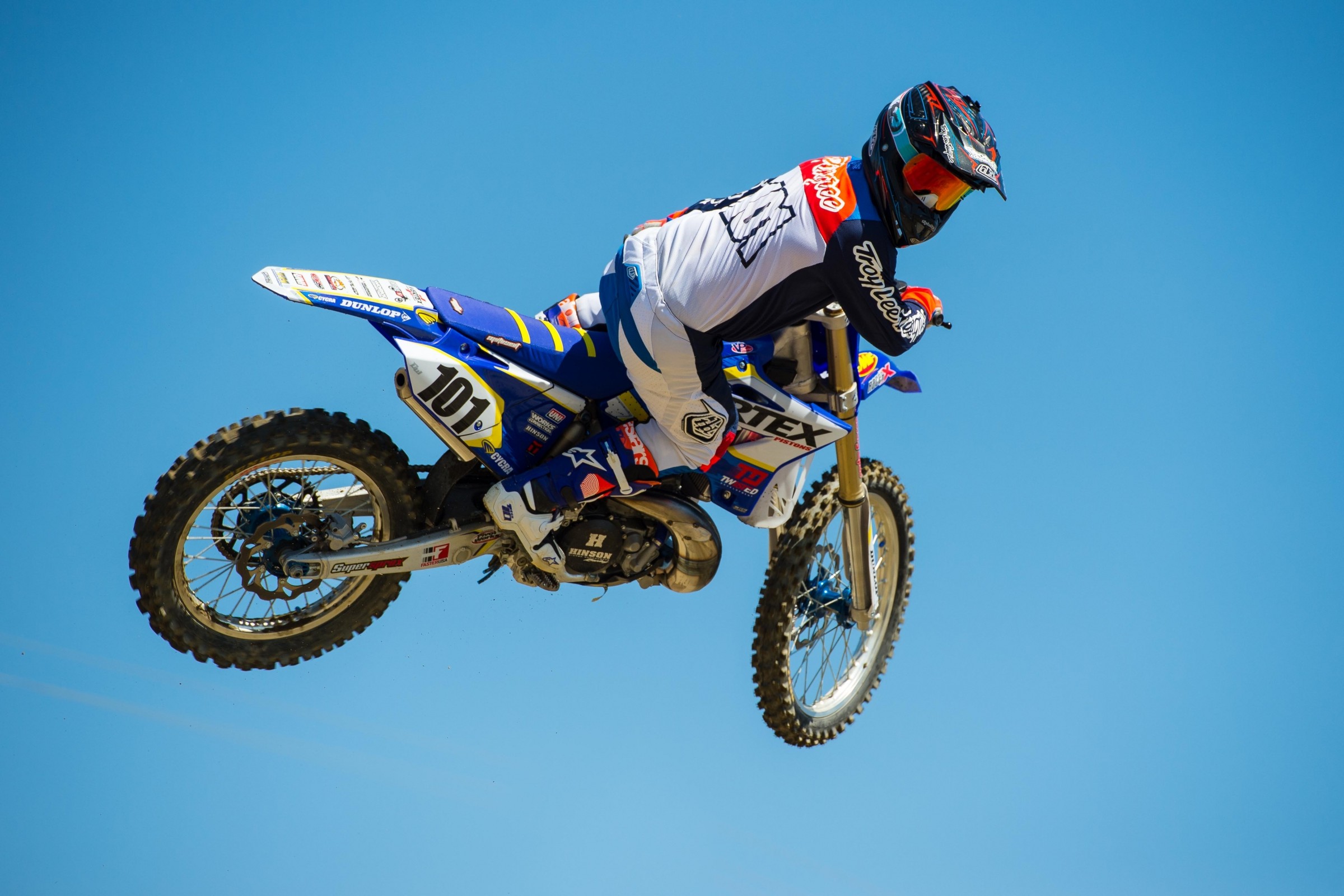 Hope everybody is good after the fires and chaos in your neck of the woods. In your educated opinion, who has the most influence on manufacturers building dirt bikes? Who do they look to or listen to the most? Highly trained engineers, latest star riders, test riders, customers, media types like yourself, etc.… I know changes to current models usually address complaints that are talked about by magazines and web tests. That’s a lot of trust to put in a few test riders' opinions to make a bike that a few guys like. Do you think the “big 4” are considering going back to steel frames yet? Bold New Graphics are always nice.

I think the manufacturers get feedback from as many places as possible. Of course they have their own testing departments that ride each brand back-to-back and make comparisons. The race teams are good sources of feedback and they give them good direction as they make improvements to the bike. I’ve been told the manufacturers also value the media’s opinions, though I’m convinced that by the time we are raving/complaining about something, they’ve already heard it a hundred times. To get a good assessment the test pool has to be quite large. These bikes aren’t going to be a perfect fit for every rider so it’s a challenge to make something that is liked by a large percentage of the test group.

As far as steel frames go, I think the Japanese have invested pretty heavily in aluminum frames and making them work. Steel may end up being lighter and have a good characteristic initially, but it stretches and, after hours of riding, the geometry of the bike will change; there are pros and cons to both.

Howdy from one salty leather head to another, I'll keep my question short and my rant shorter.

First I ran an EMS call recently for a young girl who had gotten thrown from a horse while practicing jumping. When we arrived she was fine and her instructor said it was mostly because of her inflatable air vest. Upon closer inspection I saw that there is a cord attached to the saddle and when you get thrown/fall, etc. it pulls the cord and inflates instantly to provide "airbag" like support. Why is nothing like this available in the moto world?!?! It would be very easy to wear, lightweight and for the cool hip riders very easy to hide under a jersey. With a looser-fitting jersey, it will still inflate just fine. While it would not have helped Roczen out with his injury I could think of multiple other high profile crashes with big injuries it most likely would have helped ala Trey Canard's broken back.

Second, for my rant. I'm from the older school growing up in the eighties and nineties and LOVED two strokes. I would love to see the AMA/Feld allow at least 250 two smokers into the Lites class. Aside from bringing back massive spectator appeal I do believe that it would improve the quality and drama of the racing in that class. I know everyone's talking about it so I'll stop beating that dead horse for now.

Please don't pick my English apart too badly I'm just a dumb old firefighter who's absorbed a few to many carcinogens. Keep it in the house and see you on the big one, brother.

That safety vest sounds interesting, but I’m not sure it would be effective in all crashes. Trey’s injury, for example, happened when he was landed on by another rider on the triple. In that case the device would not have inflated until after the damage was done. There are certainly times when guys go flying off the bike like a circus freak shot out of a cannon (The Chadapult in Millville comes to mind) where it would be nice to have some extra protection. Maybe it will make its way to the moto world.

I don’t think there is a single fan who wouldn’t like to see a straight-up 250 class in pro racing. Privateers would have a cost-effective way to be competitive, fans would have underdog riders to cheer for, and the manufacturers could still push their four-stroke machines. However, this isn’t the AMA’s choice and, frankly, it’s not their job. The AMA represents the rights of motorcycle riders; that’s their primary function. They are literally a lobbying group in Washington. Yes, they are contracted by Feld and MX Sports to be the officiating body at the races, handle timing and scoring, and hand out penalties. However, when it comes to making decision about which direction the sport goes and choices that get made along the way, they don’t have much pull. The real reason a true 250 class won’t happen is the fact that Honda, Suzuki, and Kawasaki don’t sell a 250 two-stroke and they would all three dig their heels in on it. For now, encourage your local tracks to go that direction and hopefully it will work itself out over time. Thanks for the note and stay safe.

Well it’s that time of year again. Contracts are being signed, decisions are being made, Monster Energy Cup is over, yet ZERO info about the Stewart boys. You would think “1 million dollars” (hear Dr Evils voice with that) would be worth the shot, heck $100k if you win the overall would be enticing. You don’t even have to be in shape for the Red Bull Straight Rhythm!

Is it too much to ask as a fan to want to know what’s going on in their racing career considering they haven’t retired? Has the sport passed them by (not to say they aren't speedy or talented, but maybe the pack has picked it up)?  Is it pride vs ego that separates them from returning? I know we’ve spoken about available rides vs talent but c’mon they bring many more fans into the sport than most all the other riders combined!!

I think it’s time everybody accepts the fact that James Stewart is done racing at the highest level. Let’s be honest, he hasn’t been competitive since that last concussion when he and Dungey collided at A1. I wish that weren’t the case but results don’t lie. James has a child now and I just don’t see him returning to racing again. That said, I have no idea why he doesn’t show up at the races and hang out. Bubba has one of the biggest fan bases of any rider and he has a gear brand named after his former number. Show up and help sell your gear! If he just wants to disappear, that’s his prerogative. However, I believe Seven might disappear as well without him around.

Malcolm still has a bunch of good years left if he wants it. The question is, does he? Dean Wilson bet on himself last year and went racing with a production bike as a full privateer and now he’s back on a factory team. Malcolm can’t sit home and go fishing every day waiting for his phone to ring. I just don’t know if he wants it badly enough. Hopefully he shows up ready to fight at A1 and James is there to help coach him and see his fans. But I’m not holding my breath.