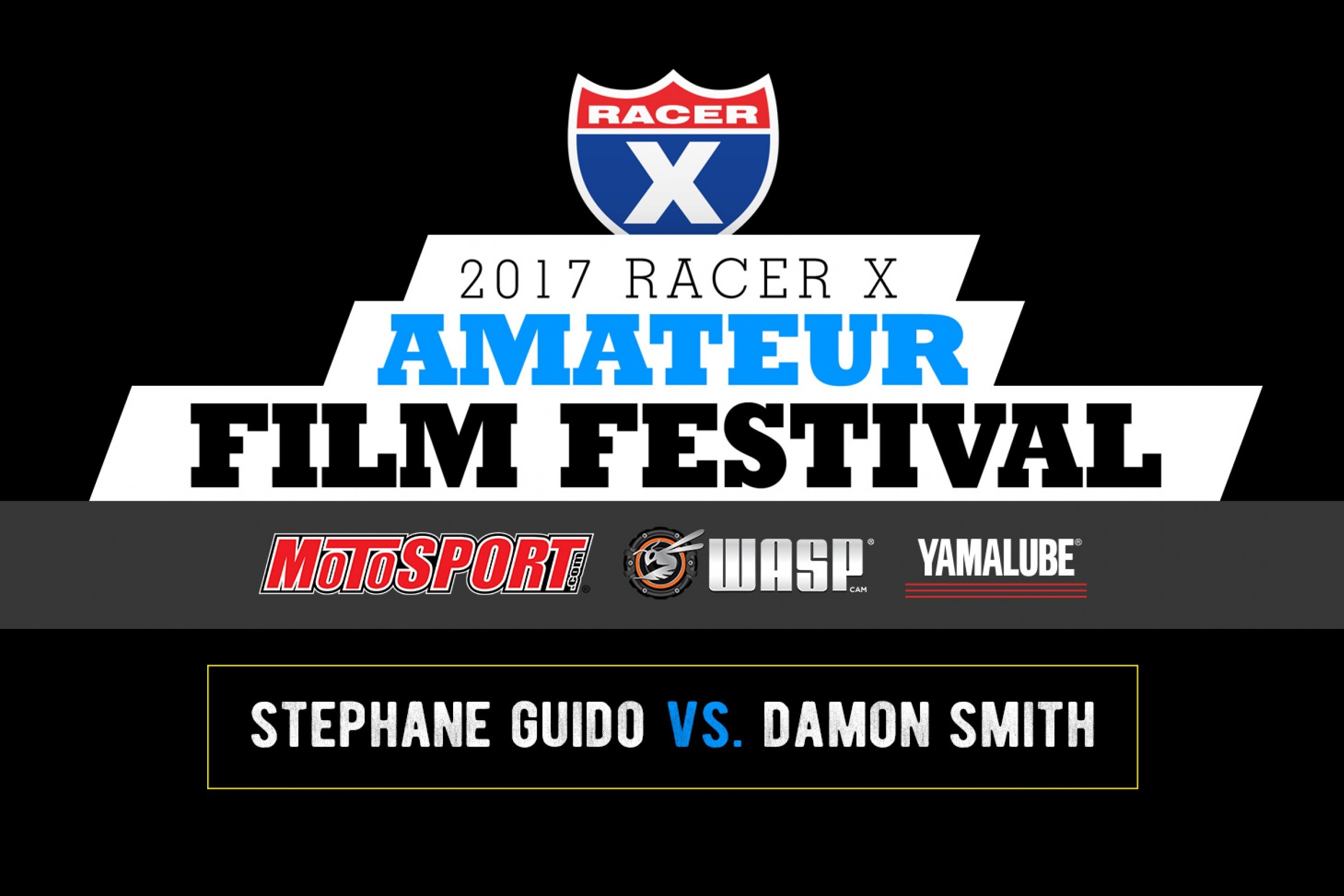 The first round of the 2017 Racer X Amateur Film Festival presented by MotoSport, WASpcam, and Yamalube, has been finalized. California's Griffin Denbesten narrowly defeated Israel's Lauz Deen to capture the round one win. Denbesten won by less than 100 votes to advance to the finals.

The second round of the semifinals will feature Switzerland's Stephane Guido taking on Indiana's Damon Smith.