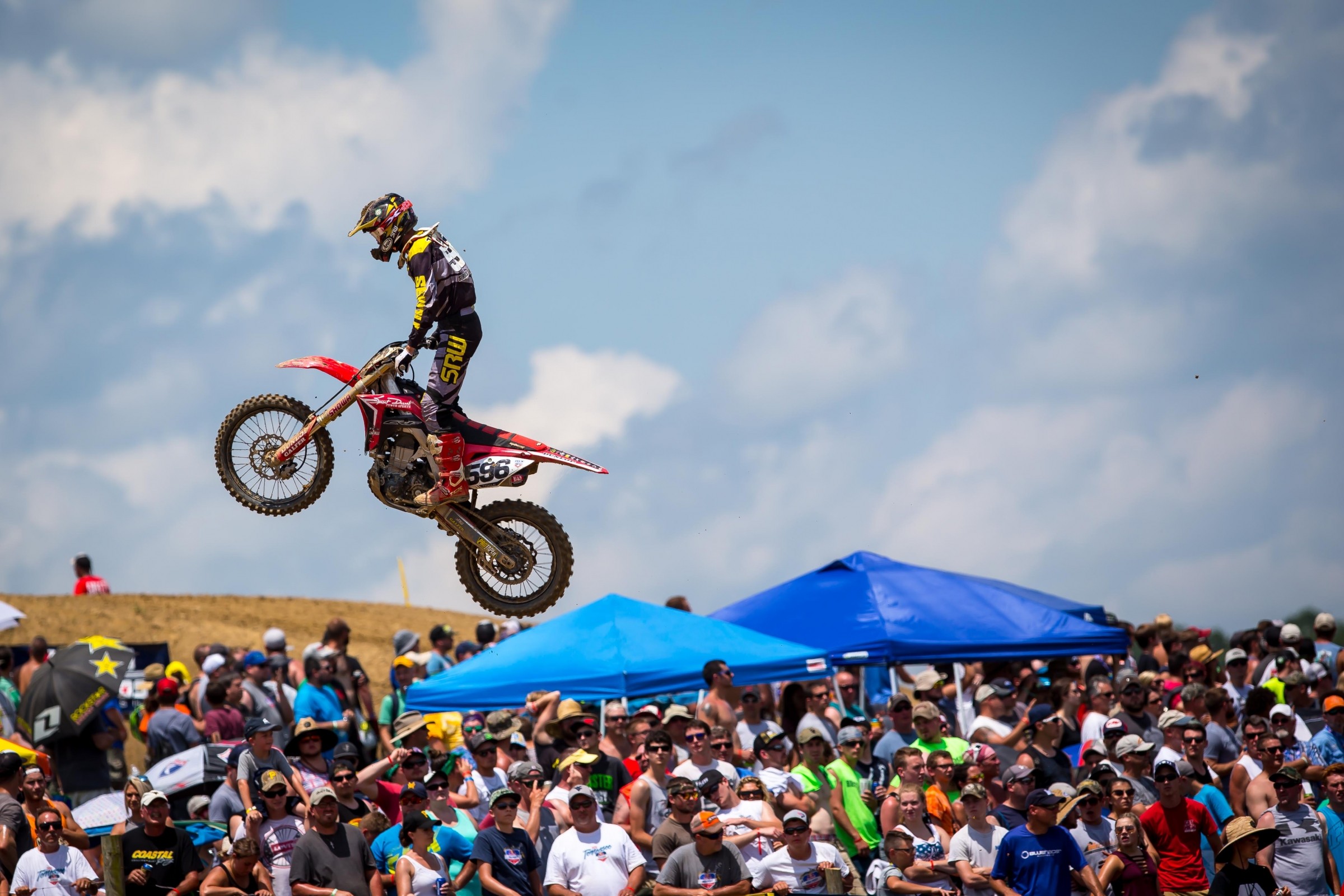 Did you know Broc Tickle has a brother? Well, he actually has two (Carson and Colton) and they’re both fast on dirt bikes. His youngest brother Carson, who is based out of North Carolina, raced High Point this past weekend and put in very respectable 21-24 moto scores to finish 24th overall in the 450 Class.

This is Carson’s third season racing Lucas Oil Pro Motocross, and even though he has a brother riding for a factory team, that doesn’t make him immune to the struggles of being a privateer. His original plan was to race the entirety of the series, but he quickly realized that wasn’t going to be a possibility due to the high costs of travelling around the entire country for a summer. Instead, he’s had to cut his schedule back to the races on the East Coast and in the Midwest.

At just 21 years old, Carson is starting to take control of his program to relieve some of the pressure off of his parents—his dad and Colton both still help him out with mechanic duties alternating each weekend. He’s also getting some help from his oldest brother Broc.

“My brother Broc has helped me so much this year with just different things whether it be on the bike, training, and everything in between that goes into racing,” he said.

This drive that is required to go racing every weekend as a privateer wasn’t always there, though. “I honestly didn't really enjoy riding and racing when I was growing up,” he said. “I was definitely the slowest [of the brothers]! I was young when Broc turned pro so I didn't fully understand the commitment it took. But it was great because it brought our family together. Now it's kind of come full circle because I've been able to build a great relationship with both my brothers and I see where hard work can get you.”

Carson said his passion for racing came alive in 2010 when he almost won a local race, and then racing in the Honda 150 Cup during intermission at the Steel City National on the same track as the pros and in front of the large crowd got him hooked.

Since we don’t know a lot about the Tickle brothers as a whole, I decided to text Carson a few rapid-fire questions about him and his brothers to get answers to the important questions—like who was the best at picking up chicks?

Who’s the funniest?
Funniest would probably be Colton.

Which brother do you keep up the most with?
I live with Colton so I see him the most.

Favorite activity to do together?
Road biking is a lot of fun together.

What’s one thing you can do that your brothers can’t do?
I can design in [Adobe] Illustrator and Photoshop and they can't.