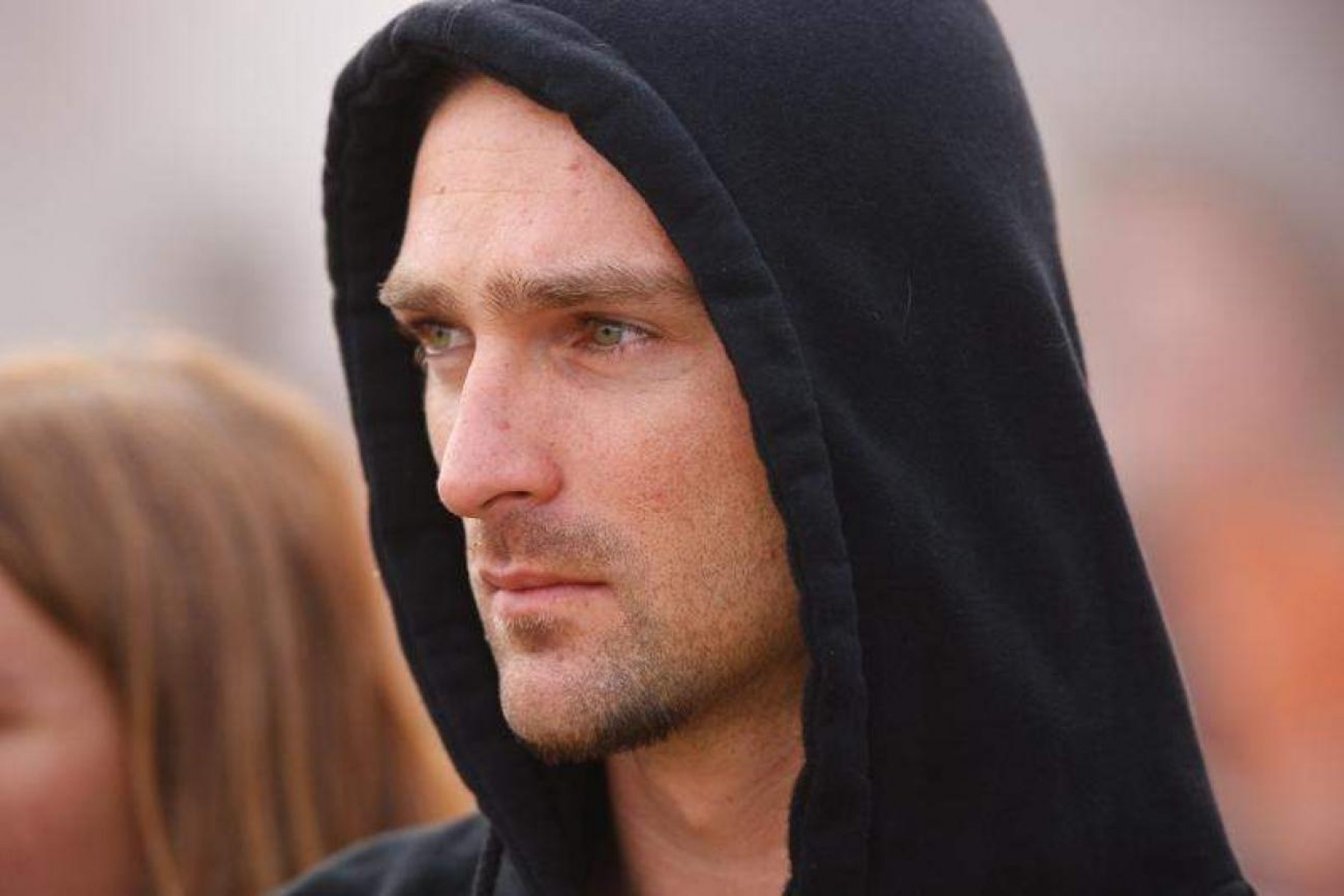 Throw another shrimp on the barbie, mate! Aussie Dean Ferris came to High Point on his own dime with hopes of making an impression, and all he did was finish second in a 450MX moto at High Point. Speed sells in this sport, and it doesn’t matter that he only podiumed one moto—teams are always looking for potential, and a runner-up ride shows he has it. He also had the third-fastest practice time and the second-fastest time of that first 450MX moto. Listen closely. That’s the sound of team people putting his contact info into their phones.

Now, is it wise for a team to sign someone like Ferris, based mostly on one great ride? We don’t know, but we do know teams have taken plenty of flyers like that before. Some of the signings went well, some not so much. So for this week’s The List, I’m going to run down some of the more memorable ones.

By the way, this List doesn’t include proven world champions like Ken Roczen or Sebastien Tortelli, or veteran GP contenders in general. When you hire a world champion, you’re not taking a risk; you’re signing a proven commodity. But what about the big swings for the fences? Let’s have a look.

Before he really got up and running in the GPs, Honda of Troy hired this Frenchman to come race in the U.S. in 1997. Risky, but this one turned out great, as Roncada was a contender in 125SX immediately, finishing second in his second race. He delivered the 2000 125SX East Region championship for the team once it switched to Yamahas, and also came within a moto of winning the 2000 125 National Motocross title. RonRon had huge talent and whoever the heck saw it that early from afar deserves a huge pat on the back.

The Kiwi was crazy fast on a privateer Suzuki City machine during the 2008 Nationals, and gets to live forever as a trivia answer: who came closest to stopping James Stewart’s 24-0 perfect season? It was Cooper, who kept the heat on James for 30 plus two during a muddy moto at Unadilla.

This speed led the JGR Yamaha team to sign Cooper for 2009. Cody was an unknown in supercross, and it turned out to be a complete disaster. Coops is a cool guy and he’s still fast—he’s come over for Hangtown the last two years and rips—but he didn’t have the supercross skills required to succeed here.

Look, I follow this sport pretty closely so when a dude I’ve never heard of suddenly scores a podium, that’s clearly a huge risk paying off. Sorby was an unknown-in-the-U.S. Frenchman, but when Mitch Payton needed a fill in during the middle of the 2002 125SX West Region campaign, he grabbed Sorby, and Eric got on the box in his first race here! He then delivered podiums at the next two races, also.

Sorby was always capable, but he will be the first to tell you he never tried as hard as he should have. Whatever, he was an unknown and he delivered podiums. That’s a win.

I hate tagging loss in front of Dandy Dan’s name, because he wasn’t terrible over here. He was much, much better than the two riders I’m going to list next. He just didn’t reach the heights expected of him. Of all the stubborn theories Chad Reed is going to crow about until he goes to his grave, not believing in the Reardon hype will probably be at the top of his list. See, during the summer of ’07 Reed, with an SX-only contract, went back home for a motocross race, and Reardon gave him a huge battle. Suddenly American teams were salivating over getting a guy who had “Chad Reed speed.” Credit to Reardon and his people for leveraging that card for all it was worth and getting him a nice two-year GEICO Honda deal for 2008 and 2009 over here. He was okay, but finished in the 7-10 range mostly in the 250s, and that just didn’t match the “Chad Reed speed” expectations everyone was crowing about. By the way, Dan later retired and then made a comeback, and ended up back here for supercross with Yamalube/Star Racing earlier this year. You know what? He was solidly in the 7-10 range again!

The story goes that someone saw Lalloz, a Frenchman, on a supercross track and was just blown away by his potential. So Suzuki signed him for 2003. Lalloz scored seventh place in the 2003 125SX East Region (his best race result was a fourth) and that’s about it. It wasn’t very good. The worst part is that everyone’s buddy named Buddy Antunez, got bumped from the factory Suzuki team and dumped back into Arenacross to make room for Lalloz. Budman did better (fourth in supercross, seventh outdoors) in ’02 than Lalloz did in ’03.

Okay, Roger DeCoster might have nailed the Ryan Dungey pick, but he missed badly on the signing of Lalloz and Matt Moss. Moss was actually Dungey’s 450 teammate in 2010, but while Dungey was busy winning everything as a rookie, Moss was having a tough time getting top 20s in the motos. Not sure what was wrong, as Moss, back home in Australia, has proven to have much more talent than he showed here.

This Frenchman came over to the U.S. with KTM, then moved to factory Suzuki in 2001 (before finally nailing the formula with Ricky Carmichael, Suzuki tried finding magic with a lot of riders). During that ’01 season, he was pretty good, with some outdoor podiums. The problem came the next year, when Yamaha of Troy came calling with the vaunted YZ250F. This bike was a complete and totally unfair advantage in the 125 class, and dudes like Reed, Ernesto Fonseca, and Nathan Ramsey won supercrosses with it on the regular. Privateer dudes were getting outdoor podiums and wins on this bike! It just didn’t go well for Thain, though, and that was pretty much the end of his run in the U.S.

Seriously, I have no idea what Metty did back home in Australia before coming over here. He was a young guy when Red Bull KTM plucked him out for a move to the U.S., but he showed good speed outdoors and improved his supercross skills, parlaying that into a long, distinguished career with plenty of factory bikes, factory paychecks, podiums, and an overall win at Southwick. He did have to stomach racing 125s long after everyone else had left them behind—luckily Metty is a battler so he never complained.

Here’s the strange thing about Metcalfe: when you look at his first two seasons here, his results are no better than Dan Reardon’s. But no one knew who Metcalfe was, so his top-10s looked like a genius signing, while Reardon was expected to be on the podium.

Good thing Metcalfe got that Southwick win once, because now Byrne gets to lay claim to “best rider to never win a race over here” honors. Or, wait, is that an award Byrner really wants to have? Anyway, this Aussie never won a main or an overall, but Byrner was undoubtedly a solid pick for many teams along the way. Credit to Jeff Emig on this one. For a short time, Fro owned a team here, and he made Byrner, a young unknown from Australia, one of his first hires. That got Byrne on the map here, and he’s never gone back since!

Wait, Ferris is already on this List? Indeed. He was signed to a coveted Red Bull KTM slot in 2014. There were high, high expectations on this ride, as Ferris basically filled the 250 role vacated by Ken Roczen’s graduation to the 450 Class. Ferris, who won an MX2 GP in 2013, was okay at supercross, hovering around 10th, before breaking his wrist. When he healed up, KTM mentioned that Husqvarna was looking for a replacement rider in the GPs, so Ferris grabbed that slot figuring he had a better shot at getting resigned for 2015. So, his American career ended with six supercross races, and a best of seventh.

Or did it? Ferris could be back next year. If he does, will his signing end up as a win or a loss?

Who else you got? Add your comments below.