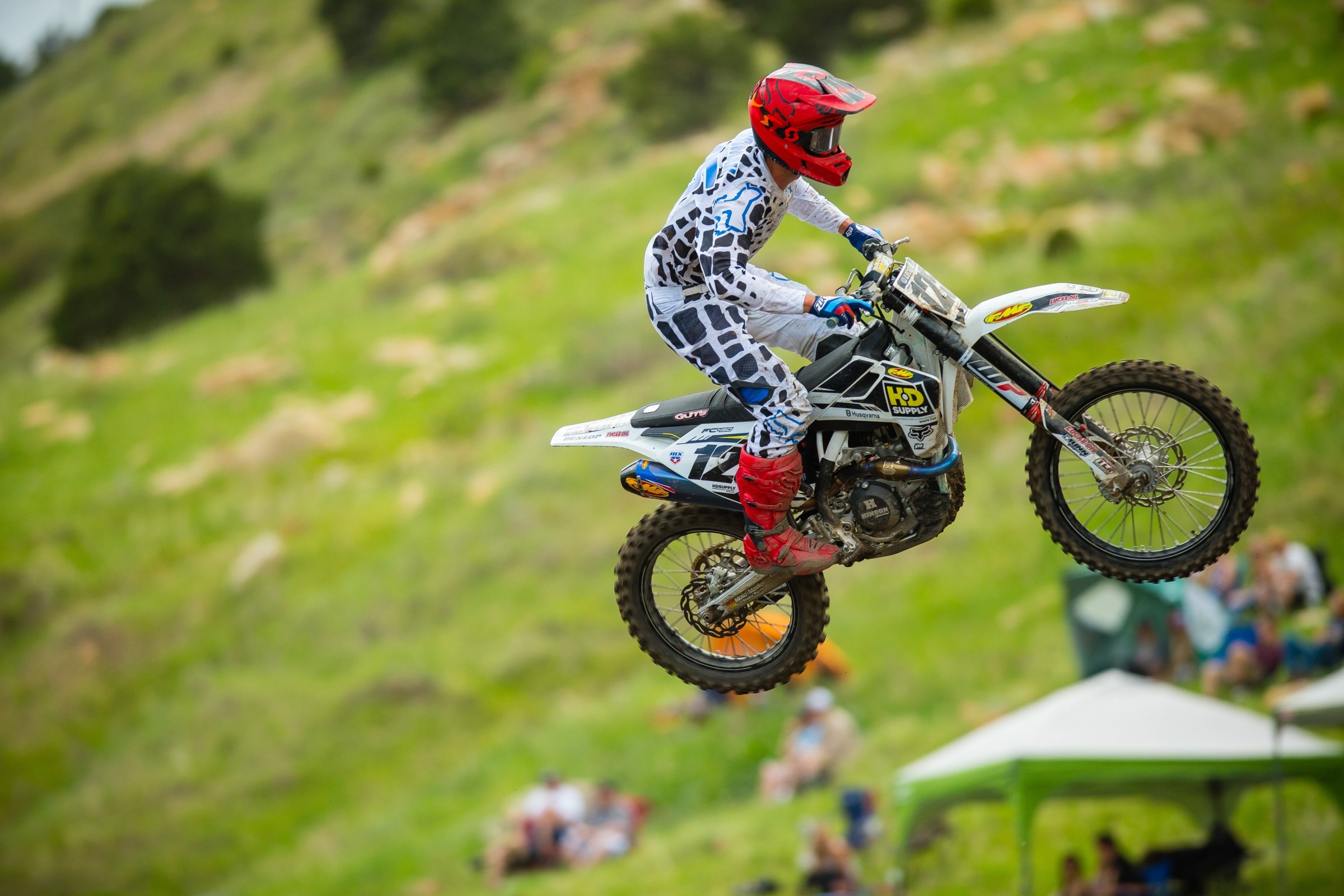 Last year, Josh Mosiman qualified for every round of Lucas Oil Pro Motocross in the 250 Class, but he wasn't able to score a point. He finished 21st in one moto and managed a 25th overall at Washougal. This year, Mosiman is three-for-three in scoring points but this time in the 450 Class. At the first three rounds he's gone 23-20-19, scoring a point at every round.

We called up the sophomore to see what he's changed from last year, talk about his trip to Argentina this past spring, and his brother.

Racer X: So you had a shoulder injury before the supercross season, and I know they can be pretty gnarly to recover from, are you feeling 100 percent yet?
Josh Mosiman: I’d say it’s 100 percent. I’ve always had shoulder issues with both of my shoulders so sometimes they’ll get a little sore, but from the surgery I’d say it’s 100 percent. I work with Eddie Casillas, my brother [Michael Mosiman] and I work with him and it works out it pretty good that we can see him as kind of a one-stop shop for physical therapy, concussion testing, and he has a good relationship with all the doctors around here.

So once you got healed up you went to Argentina for a race. How do you get connected to do something like that?
My old riding coach [Kelly Andris] from 2014, he’s from Northern California but he made a living racing and riding down in South America. He invited me down there to work with him so I went down there for two weeks at the end of 2014. I just kept up with him. He has a lot of connections down there and someone was looking for a rider to ride a Suzuki and they wanted to pay them to come and race. It was on the Tuesday before the weekend he called me and said, “Do you know anyone that wants to come down here and ride a 450? We’ll pay ‘em and they’ll get to see Argentina.” I was like, “Dude, I wanna go!” So that was like 4:00 in the evening the Tuesday before the race. I called a friend up and borrowed a Suzuki 450 the next day and WP gave me some suspension for it. I rode it out at Cahuilla and then I was at the airport Thursday morning to fly down there.

So it never even got down there?
Didn’t even get down there! And then once I got down there … they had a good 450 that they were going to let me use, but that bike didn’t even make it to the race. Then they had two bikes [for me to choose between]. They had a clapped out 450 that was super sketchy. The mechanic that was like, “Dude you can’t ride this.” He didn’t know how many hours it had or who had been taking care of it. But they had a brand new stock Suzuki 250 with no hours on it, stock suspension, stock bars, everything stock on it. So I ended up racing that and it was super fun. I grew up riding Suzuki 85s and then big bikes up until 2014, it was weird to go back but it was pretty fun.

And moving onto this season. Last year you qualified for every Pro Motocross race in the 250 Class, but didn’t score a point. This year you’ve scored points in both 450MX races, what’s changed? [Ed. Note: This interview was done before Thunder Valley, where Mosiman finished 19th.]
The 450 was a good change. I ride a lot more comfortably on a 450 and with that style of bike. Then I’ve had more time to prepare even though I came in with the shoulder injury this year. I only had less than three months on the bike, it was still more time than I had last year. Just the experience of doing it all last year, being on a 450, and I think having my younger brother there has been huge for me. Last year it was just me doing it, he was racing all the amateur stuff. Now this year, we’re both there and the whole family is there. I don’t know, it’s cool having him there and seeing him do good. When I’m watching motos or watching lap times I think it helps me. I think with both of us racing it will help the nerves, you know what I mean? We grew up racing on the same day at the same time so it was weird when I went pro. It’s like I’m at the pinnacle and he’s still riding amateur. But now we’re both at the same level.

Let’s talk about your brother for a little bit. He kind of caught some people off-guard this season. Did you expect these kind of finishes from him in his first races?
Yeah, I did for sure! At Hangtown he crashed twice in both motos and still ended up in the top 15. I kind of expected that, expected him to hit the dirt a couple times at his first race. [Laughs] But I wasn’t surprised when he was running up front last weekend [Glen Helen]. Everybody in our group, we know he can do it. He never really had the hype that a lot of other guys had, but we’ve always known that—especially with how gnarly the tracks are and how long the motos are—he would go do good. It’s cool. He’s not like … eighth overall it’s not like … for me that would be awesome, but for him he’s still not satisfied.