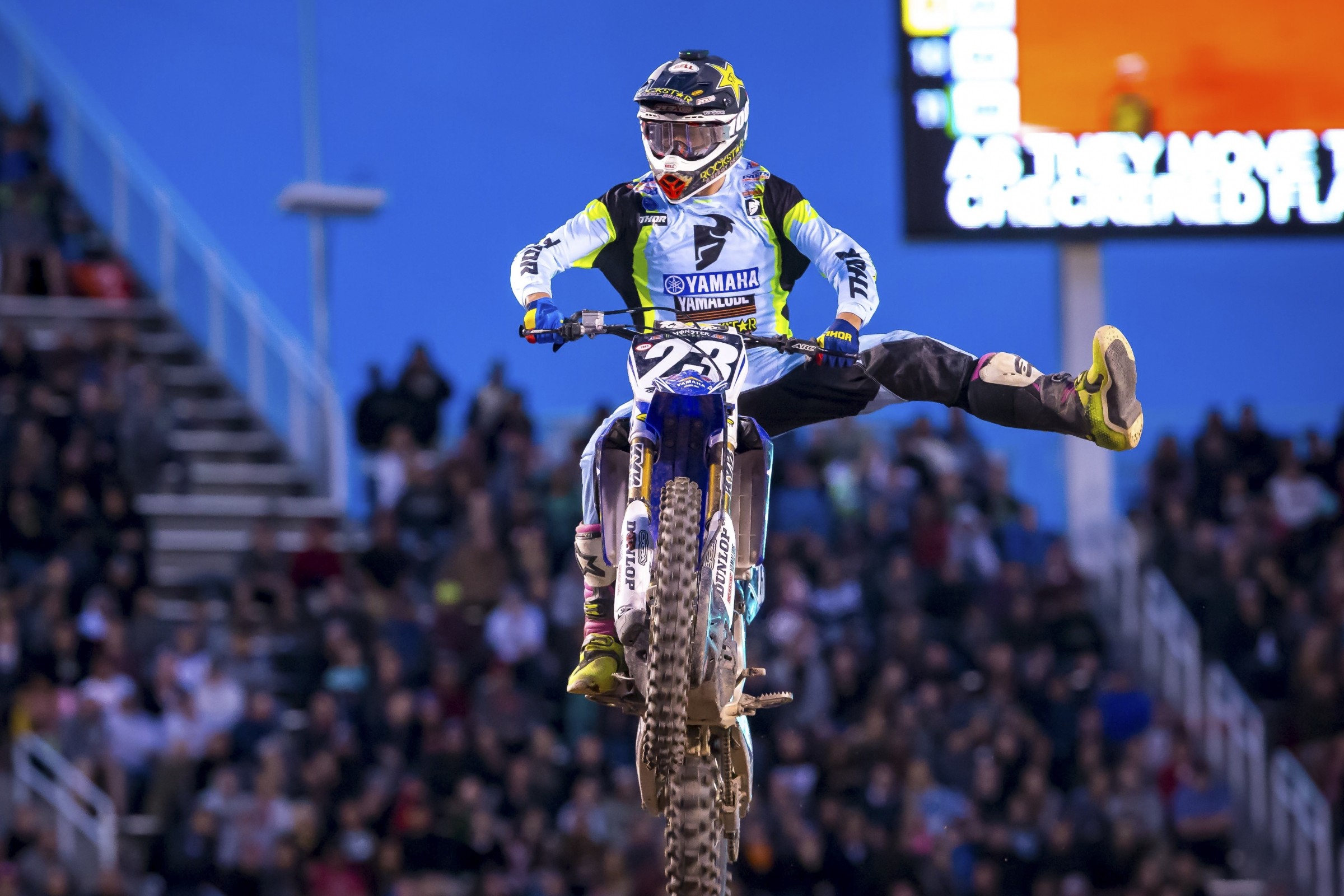 Could the Italian motorcycle manufacturer be back on the market? Maybe, according to a recent report from Reuters, who cited sources familiar with the matter. Ducati was bought in 2012 for $935 million by Volkswagen. As Volkswagen continues to streamline operations following its emissions scandal, Ducati could be offloaded to another company, per the report. One source told Reuters that Ducati could fetch a valuation of up to 1.5 billion euros if sold. In 2016, Ducati posted sales of 593 million euros, according to Audi's annual report.

The motorbike maker may appeal to peers in China, India's Hero (HROM.NS) or investors such as the consortium that bought British sports car maker Aston Martin in 2007, the sources said.

"It is an asset for trophy buyers with bigger interest in the brand than in the technology," one of the people said.

Private equity firms could also be attracted to a brand whose motorcycles have won the Superbike racing competition 17 times, the sources said.

If VW does not attract sufficient interest, it may also consider a stock market flotation for Ducati, the people said.

In the newly released Pied Piper’s 2017 Prospect Satisfaction Index survey, BMW Motorrad dealerships overtook Ducati, who ranked as the top brand for three consecutive years, as the top dealer. The annual study takes into account the combination of “mystery shopper” experiences, as well as tying in scoring results with a brand’s sales success. “Five years ago, BMW dealerships performed below the industry average, with a PSI score of 98, but since then the BMW average PSI score has improved every year as sales behaviors have changed,” the research organization stated. Harley-Davidson ranked second ahead of Polaris Industries’ Indian brand in third and Ducati fourth. Brands demonstrating the greatest improvement over 2016, in addition to BMW, were Husqvarna, Triumph and Yamaha.

Last week, we talked about Madison Bumgarner, the San Francisco Giants pitcher that recently sustained bruised ribs and a left shoulder AC sprain in a dirt bike crash and will miss six-to-eight weeks. Stephen Curry, a two-time MVP and one of the best players in basketball who is also from North Carolina, will not be partaking in any dirt bike activities. The Golden State Warriors (who play just over the bridge from San Fran in Oakland) guard was recently asked about what he’ll be doing in Utah, as the Warriors head into their second round matchup of the playoffs against the Utah Jazz.

Steph Curry joked about what he'll do on his days off in Utah.

"I won't be riding a dirt bike, shout out to MadBum." pic.twitter.com/awBYIcfXQG

He Backflipped a Polaris

Mad Media and RJ Anderson have teamed up once again and released XP1K4, the fourth installment in a series of insane UTV stunt videos that has accrued more than 42 million aggregate video views across YouTube, Facebook, and Instagram, according to the producers. Shot in the mountains east of San Diego, as homage to the birthplace freestyle motocross, Anderson does some crazy stuff in the latest video, including riding a wall of death in a highly modified 2017 Polaris RZR XP Turbo EPS UTV. The best part, though, is the f***** backflip. My goodness, man! And he takes out the drone—cherry on top!

If you get bored this weekend, you should try attaching a chainsaw motor to a tricycle, it looks awesome. (Racer X advises you NOT to try this at home. It looks very dangerous. Disregard what we said above.) Students at Georgia Tech recently put their engineering skills to work and created this amazing vehicle. I’ll be honest, I skipped the part of them building the tricycle—it looked boring—and went directly to them driving this thing around.

This Is How to Give a Post-Race Interview

Brenna Johnson is a Sprint Car racer, and she gave the best interview of 2017 recently. Talking with Speed Sport, Johnson, who had just been taken out, goes off on the incident in a sound effects laden interview that may be the greatest in racing history. “I was hammer down, like always,” she said. “Full throttle. I’m in a transfer spot. Here come 9B: BRAAAPPPFFEW. He parked me. He parked me just like that.”

At the second round of MotoAmerica last weekend at Road Atlanta, Yoshimura Suzuki’s Toni Elias and Monster Yamaha’s Cameron Beaubier got into a war of words in the post-race press conference following a few on-track exchanges. Asphalt and Rubber has some context on what started the disagreement.

For some context, the altercation at Road Atlanta started on Saturday, when a pass by Beaubier in the final corner ended up pushing Elias onto the grass.

In the second race, Elias responded by moving over onto Beaubier, again at Turn 12, and then giving the Yamaha rider a signal by touching his helmet – a gesture meant to say Elias has a long memory, and remembered what Beaubier did.

Which led to this:

Lewis Hamilton Now Has His Own Monster

I Leave You With a Boat and Camper Trailer Race