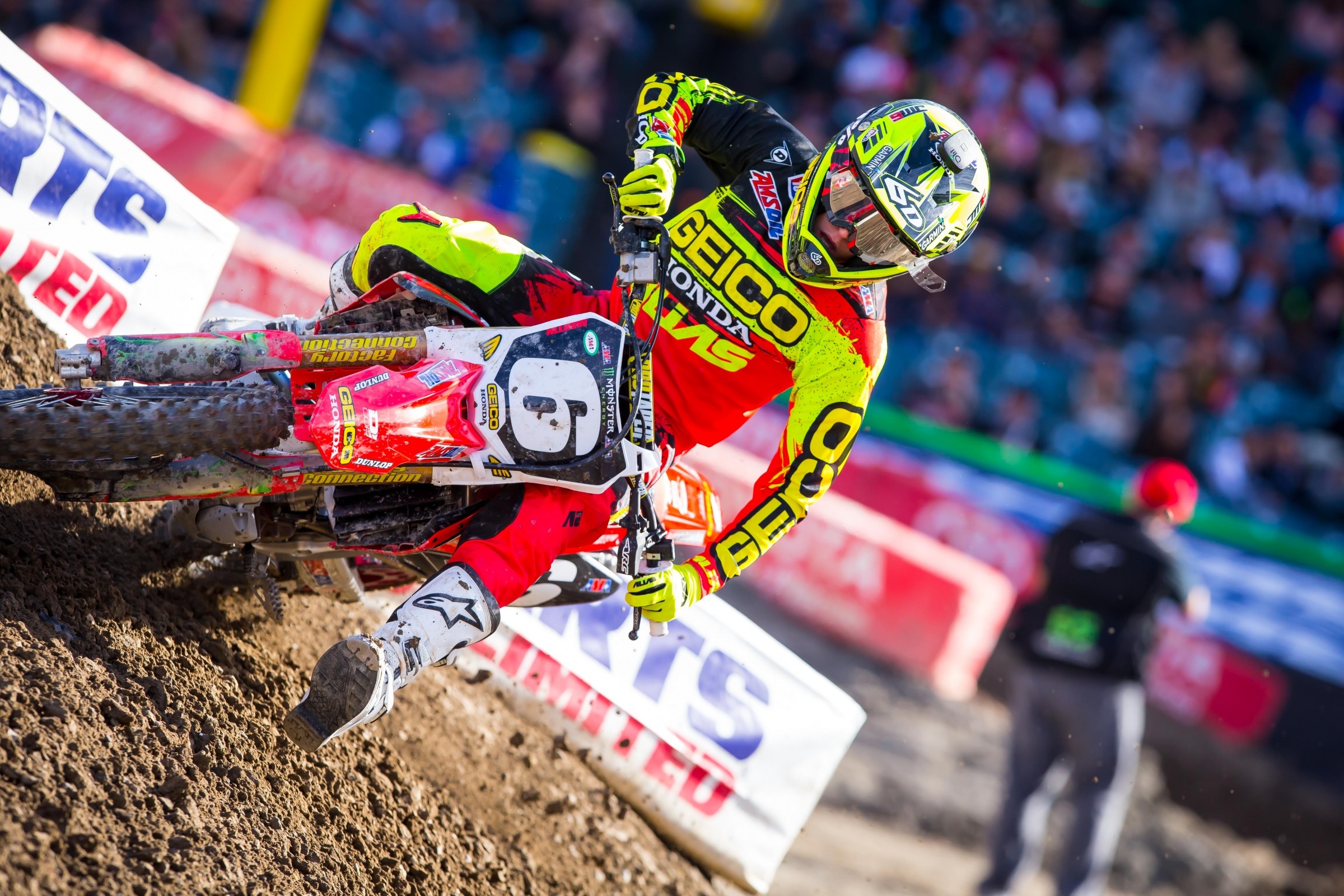 The race may not have been as electric as it was last weekend in San Diego, there are still some interesting things lurking in the lap times.

After Ken Roczen got around Cooper Webb on lap four, he logged the best time of the race as he chased down Cole Seely on lap 5. He also had the fastest average time, but this is due to every other rider having to roll the section he was down in, bringing their lap times up around the 1:01–1:02 range for six laps.

The Track Got Tricky...

Roczen's crash left many riders reflecting on how difficult the track became, with extra ruts in the transitions between jumps due to all the rain in the area.

How tough did it get? Let's take a look at the lap times for Ryan Dungey, Marvin Musquin, and Seely from the early stages of the race, and then again during the final laps.

Ryan Dungey fell off of his early pace the most of the top three, increasing his lap time by almost a 1.5 seconds. Notice his last lap time of 1:00.4 as he cruised through the last few corners keeping an eye on Musquin.

"I felt good but my second half of the race definitely wasn’t as good as I like it, but with what happened and then seeing Ken’s incident, I knew the track could reach out and bite you," Dungey said. "I had multiple close calls so I was like, 'Man, do we keep going after it or do we be smart and tame it down a little bit?' So I decided to just kind of, let’s chill out."

Marvin's lap times remained the most consistent of the top three, although even he got rattled by seeing Roczen off the side of the track. He said in the post-race press conference, "It’s hard to see because you see him laying down and not moving. It gets in your head. The rest of the lap you think about it."

Similar to Dungey, Cole Seely's lap times rose by almost a second and a half. His last two laps eclipsed one minute which was due to Seely just trying to finish the race in one piece. He said, "Even the last two laps for me out there, I kind of backed it down and rode it in just because it was hectic."

In the 250 class we'll take a look at Jeremy Martin, who once again had to work his way through the pack after starting in last place at both San Diego and Anaheim 2. He also got a bad start at Anaheim 1. Consequently, he has put himself in a 30-point hole going into Phoenix.

In San Diego, Martin got caught in the starting gate and then crashed on lap one. At Anaheim 2, he was down in a first-turn crash. It's interesting to note that the 22nd place start position gets recorded at the end of lap one. Jeremy was so far back, it took him more than a lap to even get out of last place! Makes his first-lap starting position at Anaheim 1—which was 12th—seem amazing in comparison.