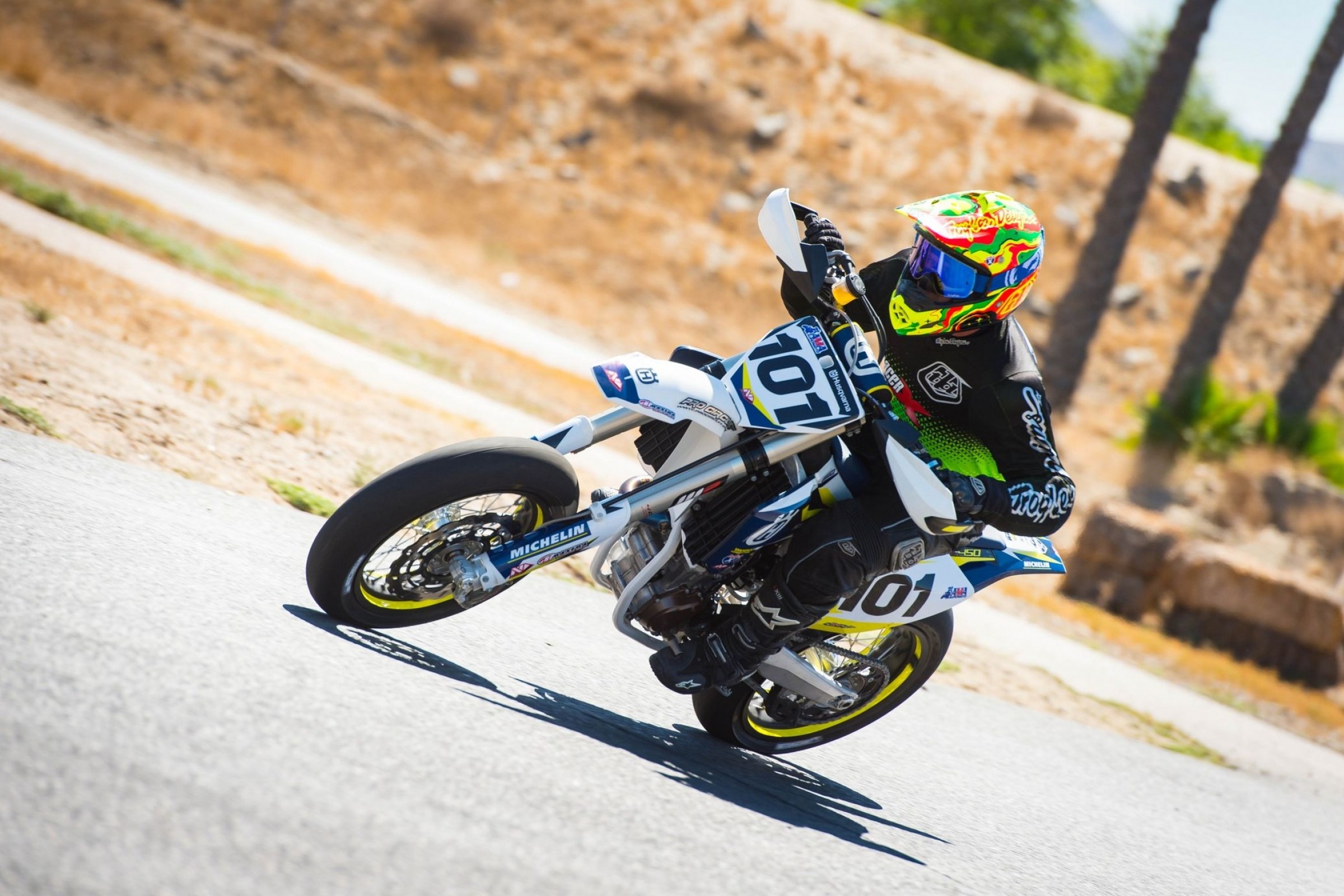 I love reading your segments every week, good stuff. I have a fairly easy one for you here that all fans and haters alike are wondering now that we are deep into November. Where in the Hell is James Stewart!? The dude has gone completely radio silent on all fronts. Has everyone really not seen or heard a peep since, well, crap, since I don't know when? I think we can all agree he is past his prime and probably has nothing for K-Roc or Dungey but he is still exciting to see ride and pulls in the ratings. A bit like a Tiger Woods IMO. So what are your thoughts? Is he sitting at home baking blueberry muffins in his gourmet kitchen like he clearly was last year, is he locking himself in his gym and going to emerge the fit animal of years past ready to compete and scrub the face of every triple in sight, or do you see him hanging it up and not adding any more icing to the very big cake? Also can he go out and hop on any brand (Honda) of his choosing now that Suzuki shut down shop?

Sadly, I think James Stewart is done racing. He hasn’t been the same in recent years and without any support as of the middle of November, I can’t see him being ready to go for Anaheim. The injuries and concussions have stacked up over time as well. I know the internet nearly broke this week when he was seen riding a Yamaha, but I don’t think that means anything. His brother made a comment about how it changes you when you have a kid and that could be telling. The bottom line is that there just isn’t money to throw at him when the odds of getting results are slim. I agree that he is still a big draw at the races and I would love to see him out there. With a new son at home the time is probably right for him to call it. We’ll see.

I was recently passing through a certain unnamed liberal part of our country that I had not been to in years when I decided to swing by a track I had raced the mini class at when I was a kid.  I was surprised that the track was still there given the location, the parking lot was full and they had built a nice new scoring tower.  Cool I thought, MX is still doing well here. But then came the shock, that weren’t dirt bikes out there… nope, it was Segways! That’s right, there were nerds everywhere racing around on Segways.  Oh, they had the same gusto as us MX guys, banging bars, cutting track, they even had an alpha male that was clearly faster than everyone else and doing one handers.  Then I felt a tear in my eye as I contemplated if this might be the future of our sport.  A dumbed down version of MX where there are no balance requirements, no emission or noise, and everyone gets a participation trophy.  Could it be Ping?  Could it?

Nerds on Segways are the worst. I’ve had nightmares where I show up to church naked and I’d rather live that reality than show up to a motocross track and watch a Segway race. I can only imagine this was somewhere around the Bay Area because that place is brimming with geeks who love that stuff. Environmentally green, limited noise pollution, and an activity where you can wear TOMS shoes is the sporting trifecta for hipster dipshits. These guys probably give out trophies and hugs to everybody who signs up. I’m pretty sure motocross fans would rather die than allow this to happen. Calm down, pal.

I’m not going to brown nose you to get my letter on the site, but if you are up to answering, then good, and if not then I’ll just continue wondering.

I just finished reading a response to a guy asking about using the clutch. I don’t use the clutch to shift. I never have and only use it to get started or in a tight turn. I’m guessing that is why any bike I’ve owned I never had to change a clutch or even lost any feel in it. I have always wondered if the clutch isn’t being used to shift then whys is it that guys like RV for example in his recent test session at the Kawi track. His man friend Tanner was changing out the clutch? I’ve seen many pictures or even witnessed it in the pits at Supercross. Bikes laid over and the mechanic doing a clutch. Does not using the clutch so much apply only to outdoors? Even if the clutch is used a lot in supercross, how is it that it needs to be changed on race day? Isn’t the bike fresh to begin with? Is it just a mental thing for them of does it really get burn up that bad?

No need to brown-nose if you have a question that is worth answering. You, personally, don’t burn up the clutch because you don’t put too much strain on it. That isn’t an insult … I don’t wear clutches out either. But guys competing at the very highest level do. From the start to the whoop sections to simply accelerating out of turns on really sticky dirt, the engine places a significant load on the clutch components even when the clutch lever is left alone. Those guys can feel even the slightest amount of slip, so, often times, mechanics will change a clutch between qualifying and the night show to make sure the clutch is fresh for the starts in the program. That same clutch will stay in the bike until after practice the following weekend and then get replaced again before the night show. That was common during my time as a racer and as a manager. Some guys are harder on the clutch than others, but having fresh fibers, at a minimum, is key for all guys at that level, especially when doing starts.