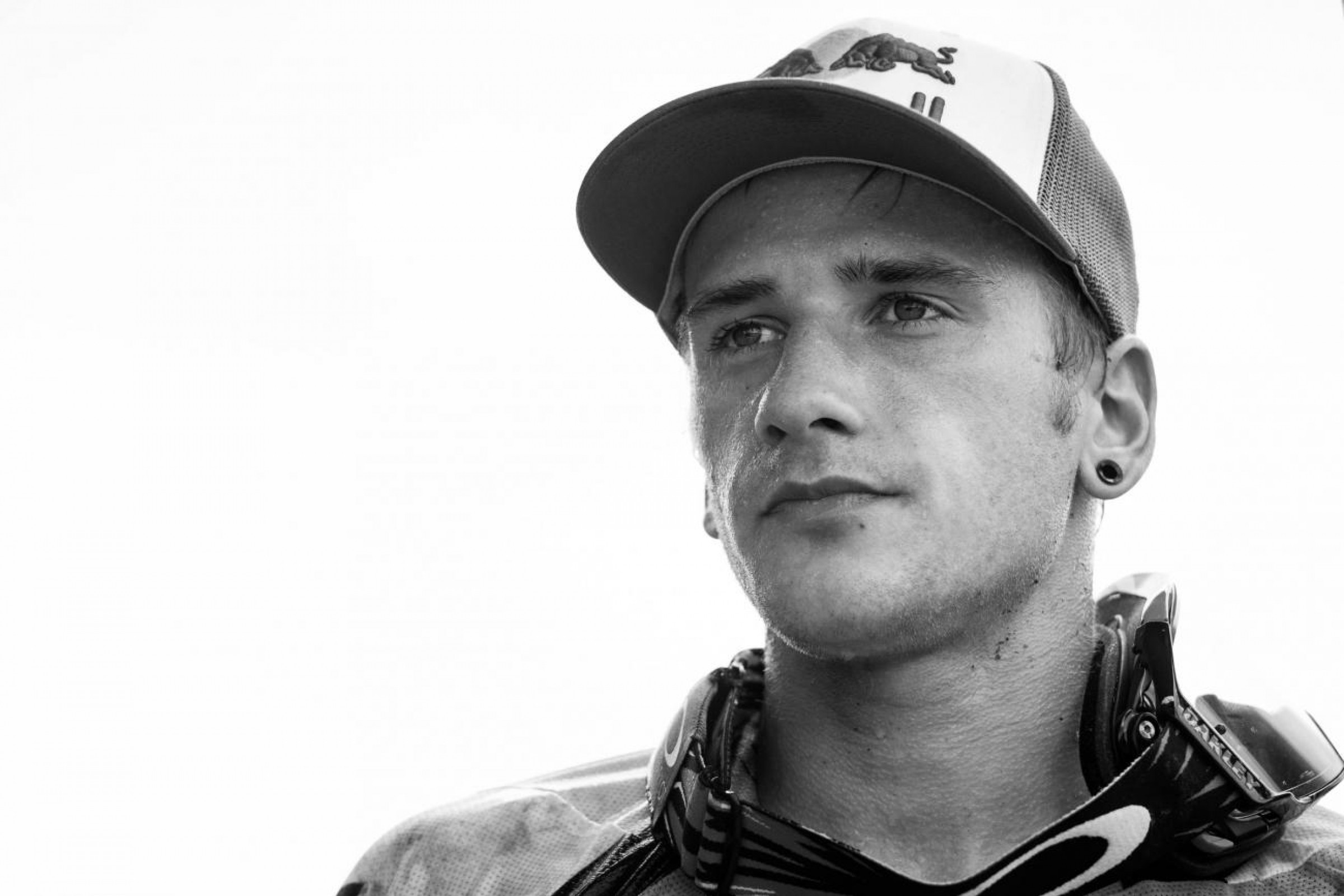 We at Racer X try not to put extra spotlight on social media battles—we can let the social media comment sections and internet message boards shine that light, or our own comment section—but yesterday morning’s action was too good to resist. Or, maybe the off-season just makes Instagram battles appear disproportionately important? Anyway, here’s the latest.

Adam Cianciarulo posts on Instagram that he’s making good progress with his training. Ken Roczen, his training partner, chimes in with, “It’s cause for the first time you’re working with a trainer that actually knows what he’s doing.”

Burn, baby, burn. That’s another shot from Roczen toward Aldon Baker, the trainer Roczen and Cianciarulo used to work with. Kenny hasn’t missed many opportunities to rub in his post-Baker success, and with good reason: when he left Baker, he was immediately criticized by many as making an either dumb, or lazy, move. As fate would have it, Roczen parted with Baker while holding the 2015 Monster Energy Supercross points lead, then just days later, tried to jump a triple from the inside line at the Oakland Supercross and cased it spectacularly. He hurt his ankle, and thus began a downward spiral in results that he really never pulled out of all season long. He was soon out of supercross with the ankle problem, and couldn’t get his bike working right in Lucas Oil Pro Motocross, which led to some more drama.

I'm certainly not the best at this stuff - but it's pretty rad seeing the progress I've made this off-season. Having fun too!

Ahem, meanwhile, Ryan Dungey—who took Roczen’s spot with Baker—took both 450 titles that year, indoors and out. Dungey was already a proven champion, so it’s not like Baker worked miracles on some dude off the street, but Dungey has seemed to ride, act, and generally perform better since joining Baker’s program. The Baker’s Factory has certainly worked for him. That’s a key point, as then evidenced by our own David Pingree, who jumped into the Instagram fray with:

“So the rider who handled you in supercross the past two seasons is working with a trainer that doesn’t know what he’s doing? Interesting.”

Roczen responded back with, “Also I “handled” every single one of his guys during outdoors… did you miss that part? Thought so…”

Burns all around, good thing Pingree is a fire fighter. Now, here’s the trouble with the argument Roczen has been trying to sell. Yes, he had provided plenty of data that Baker’s program didn’t work best for him. He’s now performing even better since he’s left. (Well, he did try a different program last year working with Clint Friessen, who helps train riders at Ricky Carmichael’s GOAT Farm. It probably didn’t help Roczen’s cause that last year’s Red Bull MX Nation series chronicled Dungey, Baker, and KTM in a bromance and Friessen, Roczen, and the RCH Suzuki team constantly at odds.) Kenny was awesome outdoors and is going to be very hard to handle in supercross this season. Many of his moves seem counterintuitive—twice now he’s left teams after winning the 450MX Championship—although he didn’t have much choice this time, as RCH Suzuki still hasn’t officially announced who is racing for them or sponsoring them next year, while Kenny is sitting on big guarantees from Honda. Anyway, he makes decisions that seem odd at the time, but he believes in himself and has the ability to back it up. Talk crap on Kenny at your own peril—there’s a good chance he’s going to do good and make you look bad.

So, yeah, Kenny can win that argument that leaving Baker was the right move. But it gets tricky when Roczen tries to say Baker “doesn’t know what he’s doing” or is “uneducated” as he said after clinching the 450MX title at Budds Creek. The Baker track record is just too good for anyone to agree with that. But Kenny will keep swinging. He’s probably also annoyed that Baker’s rep is now so grand that entire articles, like this one, revolve around him. Has another trainer even been part of the bench-racing conversation like Aldon?

So let’s take this in another direction, and onto Kenny’s general penchant for throwing out some big statements on social media. Before this, we had his “baller” battle with Justin Barcia, where they discussed who owned more Audi R8s. Or after he won the title and he said he works harder and plays harder than anyone in the sport. That one rubbed people so wrong that Kenny later apologized and admitted some celebratory drinking helped power that post. Here, he tried to break the battle with Pingree down by taking it another direction, without totally backing down. “This is not about me or Ryan. This is about Adam. Not sure how Adam’s strength has been when he was with another trainer. Strength means it can prevent injuries which is exactly where Adam was lacking unfortunately. But I don’t expect you to know that, pal.”

Bad timing there, because these days Ping is all obsessed with CrossFit.

Okay, I’m kidding, because that doesn’t actually matter. The Roczen social media stuff is tame compared to a lot of people, but seems to draw huge attention in this sport, because A) A lot of riders are really vanilla compared to this, B) Roczen is a big name and C) Everyone keeps wondering if Team Honda is okay with this. Look, they are. I think that’s way overstated and there’s really nothing inherently terrible about what Kenny said here, or anywhere else. Honda’s going to be fine.

The real story isn’t about Baker, or Honda, it’s just Roczen’s willingness to really share what’s on his mind. Some are going to find this cocky or rude, some will cheer his brashness. We do know it’s not going to stop, so let the discussions begin. But if there’s a real issue with it, remember that we’ve come through a long spell of The Ryans (Dungey and Villopoto) doing most of the winning in this sport, and those guys never, ever stir it up. What you get with Kenny is the stuff that can make even the dog days of the off-season, like this, pretty exciting. Like it or not, he sure isn’t dull.